Survivors and others commemorated the 65th anniversary of the liberation of the Nazi-run Buchenwald concentration camp on Sunday. The names of thousands of people who died there have now been published online. 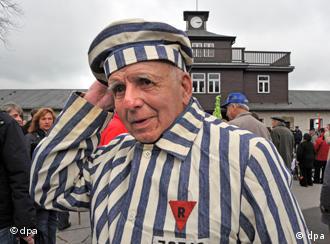 Over 56,000 people are believed to have died in Buchenwald and nearby camps

Camp prisoners came from all over Europe and Russia, and worked primarily as forced labor in armament factories. When US Army forces arrived at the camp on April 11, 1945, they liberated about 21,000 people - most of them shockingly emaciated.

The anniversary of the liberation comes just one day after the Buchenwald Memorial Foundation announced it had published online a virtual memorial - a list of those killed by the Nazis at the camp.

The memorial list contains the names of 38,000 victims researchers and volunteers were able to confirm. However, the names of thousands more who died during what were known as the “death marches” toward the end of the war are still not known.

More than 56,000 people are said to have died in Buchenwald and outlying camps before the war ended in 1945 either through execution, starvation or disease. Victims included Jews, communists, gays, Roma and Sinti, and others from across central Europe. 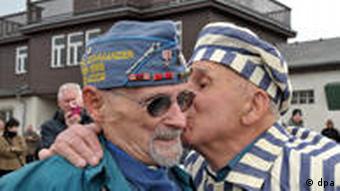 In the virtual list, a page has been dedicated to each of the known victims, carrying details like dates of birth and death.

The spokesman for the memorial appealed to relatives to send in additional information to enable them to complete the obituary for each.

It took 10 years' work and research, including the examination of more than 500,000 documents to draw up the list, which is still incomplete.

The online memorials on the Web site are currently in German, but they are expected to be posted in other languages as well.

Former inmates of internment camps set up by the Soviets following World War II met with academics at Buchenwald on Saturday. Little was known about the Soviet camps until after the fall of the East German regime. (16.02.2010)

He was a political prisoner during the Nazi regime and was put to work in the marshes of northern Germany. But he was also a a painter who documented life in the camps. Ernst Walsken's works are on view in Germany. (29.01.2010)

Right-wing vandals have daubed swastikas at a former Nazi concentration camp. They slipped unseen into the Neuengamme camp, which is now an open memorial site, along with the general public during normal opening hours. (06.04.2010)