Former inmates of internment camps set up by the Soviets following World War II met with academics at Buchenwald on Saturday. Little was known about the Soviet camps until after the fall of the East German regime. 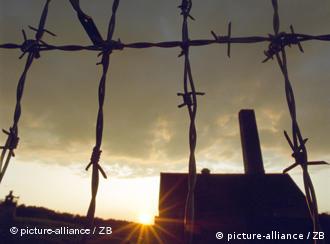 Sixty years ago on Monday, the last inmates were reported to have been released from the last of a total of 10 internment camps that the Russians had set up in what was then the Soviet zone of occupation in Germany. Their existence had become a thorn in the side of the founding fathers of communist East Germany, who were left to deal with requests from the inmates' family members to tell them what had happened to the prisoners.

Documents that became available only after German unification in 1990 indicate that up to 176,000 inmates were held in the Soviets' "special camps." Thirty-five percent of the detainees are thought to have died there. 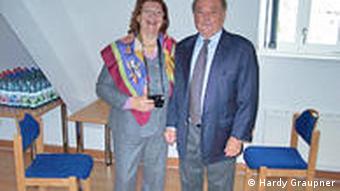 Ernst Zander, here with his wife Renate, is unable to forget

Some of those who survived the camp at Buchenwald, which is now a memorial site, met with historians there on Saturday to talk about their personal experiences and the latest scientific findings about the Soviet camps.

Ernst Zander was a youngster when he was captured by the Soviets after the war. After doing time at a prison at Jamlitz, he was sent on to Buchenwald. The Nazis had used the site as a concentration camp, where an estimated 50,000 people were executed, starved or worked to death.

After World War II, the Soviets used the same facility for one of their biggest internment camps. Zander ended up there, because the Russians accused him of being a "Wehrwolf" - the standard term back then for a German who tried to fight Soviet tanks and machinery as the Red Army advanced toward Berlin in the final stages of the war. He denies these allegations, saying that he was imprisoned for no crime at all. He says the conditions he and other prisoners faced at the Buchenwald camp were harsh.

"Our family did not know we were being held in the camp. We could not write to anyone. We were so alone," Zander told Deutsche Welle.

The director of the Buchenwald memorial site foundation, Volkhard Knigge, hastens to add that all the war-time allies had their own internment camps in Germany, emphasizing that of course the Soviets too had the right to have such camps after all the cruelty they'd experienced at the hands of Nazi Germany. But he points out that the Soviet internment camps differed from those of the Western allies.

"Buchenwald in particular was a 100 percent Stalinist camp between 1945 and its closure in 1950," Knigge said. "Inmates had no right to complain to anyone. There was no examination of the facts to establish personal guilt, no case-by-case investigations." 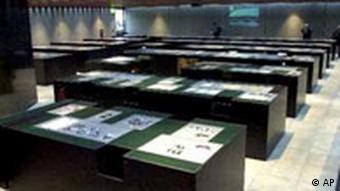 A section of the Sachsenhausen museum is devoted to Soviet special camp No. 7

Out of the fire - into the frying pan

The last three camps - Buchenwald, Sachsenhausen and Bautzen - were only closed as Soviet internment centers in 1950, several months after the founding of the communist German Democratic Republic. Some of the inmates were sent on to Soviet gulags such as the one at Workuta. Others were sentenced to long prison terms after show trials. Others were freed.

"Many youngsters were able to start a normal life again," said Knigge. "But what was difficult for them all was that they couldn't openly speak about their experiences in the camps, as East German leaders kept sweeping the issue under the carpet."

Renate Zander, the wife of former Buchenwald inmate Ernst Zander, says that even now, the fate of the former detainees is not well known among the general German population.

"Teachers here usually don't want to talk about the events after 1945," she said. "We have seven grandchildren, and they say that they only hear about the Holocaust period when talking about the history of the camps at Buchenwald and elsewhere. Nobody asks about the later events, because they're not in the teachers' minds."

She also said that she sees little hope that this will be added to school curriculums anytime soon.

At the beginning of World War II, the Soviet invasion of Poland led to massive loss of life in prison camps and massacres. A new resolution from the Polish parliament condemns the invasion - and irks Russia. (25.09.2009)

A profile of the Buchenwald memorial site