Sudan: 'The world has a right to be worried'

The crisis in Sudan is sending shock waves beyond the continent. The country is the focus of disparate interests, making it difficult for the international community to unite in a decisive stand to save its democracy. 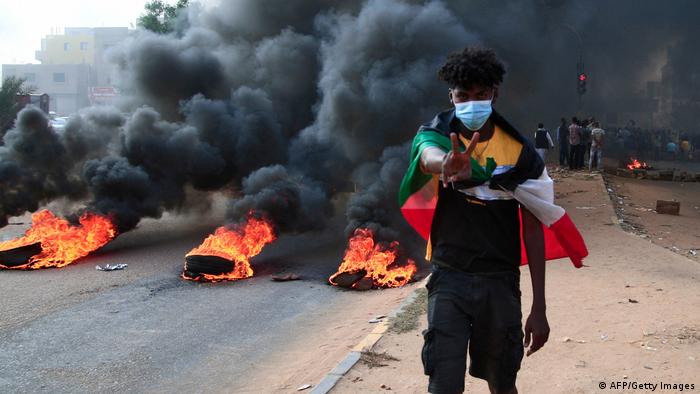 The United Nations (UN) Security Council met in an emergency session Tuesday to discuss the unfolding crisis in Sudan. But the five permanent members failed to agree on a joint statement after China and Russia refused to threaten sanctions against the coup leaders, should they refuse to comply with demands aimed at de-escalating the situation.

"All states have their own interests and ideas about Sudan," Volker Perthes, a special representative of the UN Secretary-General for Sudan, told German broadcaster Deutschlandfunk.

"Yesterday, we saw that the analysis of, for example, Russia on the one hand and the US and Western states on the other hand, are still far apart," Perthes said.

Perthes warned of dire consequences if a "minimum" of unity was not maintained, saying it could potentially resemble the recent conflicts in Libya and Syria.

"Any fragmentation, any major difference in the Security Council between major powers, eventually spills over into the internal situation of countries like Sudan," he said. 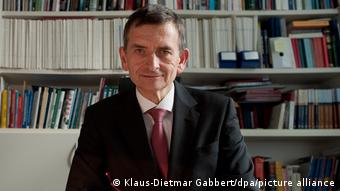 The African Union (AU) acted unanimously on Wednesday when it suspended Sudan's membership.

The World Bank suspended aid to Sudan on the same day, citing concerns over "the dramatic impact this can have on the country's social and economic recovery and development," according to a statement by President David Malpass. Earlier, the US said they would temporarily suspend $700 million (€600 million) in aid.

The European Union has strongly condemned the military takeover. But according to Theodore Murphy, the director of the Africa program at the European Council for Foreign Relations, condemnation alone is not enough.

"When you undertake a coup, you don't expect it to be welcomed," he told DW. "You expect it to be condemned. That's the normal reaction. A statement alone will be interpreted by the military as a statement, meaning that there isn't really going to be consequences."

Calls for Europe to act

The EU has an interest in stability in the region, not least because of the potential of a new wave of refugees. But there are other factors at play, owing to Sudan's central role at the continent's crossroads, according to Murphy.

Stability and democracy currently seem out of reach in Sudan. Around 60 people were killed and scores more wounded in the street protests that followed the military takeover on Monday. Civilian resistance remains strong and shows no signs of abating.

"The world has a right to be worried," Murithi Mutiga, the Horn of Africa project director at International Crisis Group, told DW.

Repercussions expected beyond the continent

Events in Sudan are bound to have repercussions in Africa and beyond. The military leadership in Khartoum is likely to alter the political dynamics being played out between Sudan, Egypt and Ethiopia in the dispute over Addis Ababa's Grand Ethiopian Renaissance Dam, due to the close relationship between the military leaderships of Sudan and Egypt. Sudan could also take a more active role in the Ethiopian conflict by openly siding with the Tigray forces. 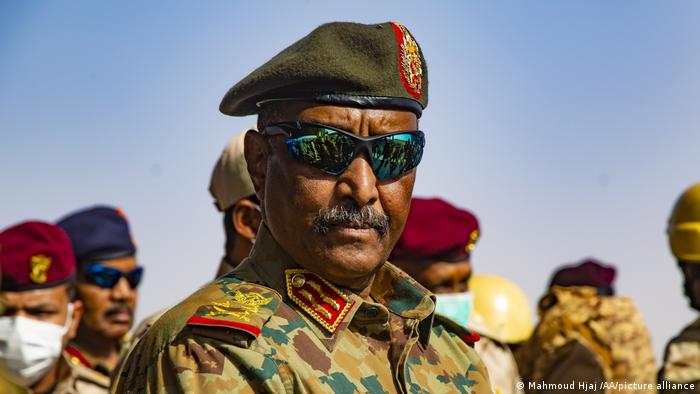 "What we are seeing is a reversal from what we had about 10 years ago when Sudan was very close to the Ethiopian administration and therefore supported the construction of the Grand Ethiopian Renaissance Dam," Mutiga said.

Although it is difficult to make clear predictions at this point, Mutiga believes that "without question, Cairo might see this [military takeover] as a satisfactory outcome."

There is also a chance that Egypt and Gulf states, like Saudi Arabia and the United Arab Emirates, will support a regime that is trying to quash democratic resistance — something they deeply worry about themselves. But according to Mutiga, this would only prolong the crisis, which isn't in anyone's interest.

Human rights on the line

Mutiga believes the merits of negotiation should not be downplayed by the international community when it comes to mitigating the crisis in Sudan.

"All actors, including the Gulf monarchies, have to be conscious about the need for a negotiated solution," he said.

"There is no way Sudan can easily be run through strongman rule, especially after the Sudanese tasted the fruits of freedom in April 2019," Mutiga added, referring to the people's revolution which brought an end to the autocratic rule of President Omar al-Bashir.

Suspending aid as a means of pressuring a junta may not be the best option, with human rights and people's wellbeing at stake.

"The tragedy is that a lot of this financial support was going to be channeled towards the poorest of the poor, as Sudan is going through a terrible economic crisis," Mutiga said.