Ethiopian government soldiers and Tigrayan fighters are battling for control of the country's northern Tigray region. The Tigray People’s Liberation Front (TPLF) sees Ethiopian Prime Minister Abiy Ahmed as a bitter enemy: in the 25 years before he became Ethiopia’s leader in 2018, the TPLF dominated national politics and controlled ministerial, government and military appointments. Critics called the TPLF-led coalition authoritarian. Abiy, an ethnic Oromo, shut the TPLF out of his new coalition and promised democratic reforms.

How did it start?

In November 2020, Abiy ordered a military offensive in Tigray. He accused the TPLF of attacking an Ethiopian army base in the region.

Tensions between the Ethiopian government and the TPLF had been rising in the previous months, after Tigray held a regional election in September 2020 without the permission of the central government. The government had postponed general elections earlier in the year, citing coronavirus concerns.

At first it appeared the Ethiopian army had defeated the TPLF. But in June 2021 the TPLF retook the Tigrayan regional capital Mekele. Prime Minister Abiy declared a ceasefire on June 28. But fighting continued and began affecting the neighboring Amhara and Afar regions. 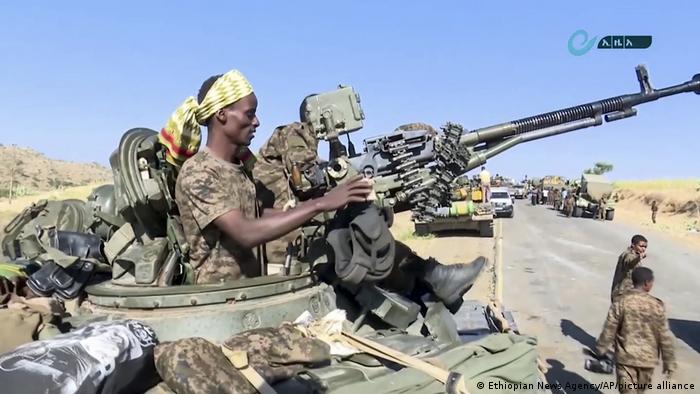 Ethiopia's national army launched an offensive in Tigray in November 2020, which has since been beaten back by the TPLF

How are civilians affected?

The UN warns of a severe humanitarian crisis, with thousands killed, and over five million in need of humanitarian assistance. UNICEF reports that malnutrition could affect over 100,000 children in the next year.

Non-governmental organizations accuse all sides of human rights violations and atrocities such as rape, looting and summary executions. USAID estimates that up to 900,000 people in Tigray face "man-made'' famine conditions while phone, internet and banking services remain cut off.

The UN has complained of bureaucratic obstacles and other problems preventing aid convoys and workers from reaching affected areas.

How have Ethiopia's neighbors reacted?

The Tigray conflict has raised tensions throughout the Horn of Africa. Eritrea sided with Ethiopia’s central government. The countries had until recently been embroiled in a bloody border dispute since Eritrea gained independence from Ethiopia in 2000.

At the start of his tenure, Prime Minister Abiy sought to improve relations between Ethiopia and Eritrea. The TPLF, meanwhile, is a sworn enemy of Eritrea. 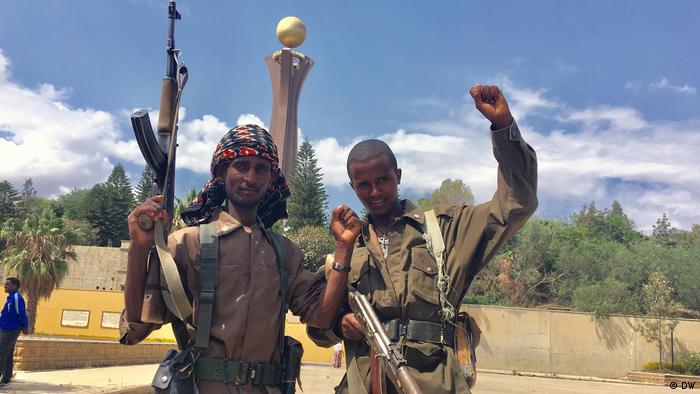 Tigrayan fighters were welcomed into the regional capital Mekele, with some people calling it a liberation

Some 50,000 people have fled the conflict in Tigray to western neighbor Sudan. In a separate dispute, Ethiopia and Sudan have accused each other of allowing their troops to cross a contested common border.

In the background, the conflict has threatened progress on the Grand Ethiopian Renaissance Dam, a massive hydroelectric project that is also a source of tension for Sudan and Egypt, which rely on the downstream Nile.

How has the world reacted?

The UN Security Council and leading politicians have demanded a ceasefire and access for aid workers to the affected regions. The US has demanded that the TPLF pull its troops from the Afar and Amhara regions, while simultaneously sanctioning individual Ethiopian and Eritrean officials.

The conflict’s increasing spillover effect on neighboring Sudan and Eritrea has raised international concern about stability in the Horn of Africa.

The conflict is threatening to escalate: the Oromo Liberation Army, an armed group from southern Ethiopia, has announced they are working with the TPLF. Both groups want to fight the central government.

Meanwhile, Prime Minister Abiy has called on all Ethiopians to fight the TPLF, signaling the end to his call for a ceasefire. Additionally, his government suspended the operations of two major international aid groups, the Dutch section of Doctors Without Borders and the Norwegian Refugee Council, accusing them of spreading "misinformation.'' The move is deterring others from speaking out.