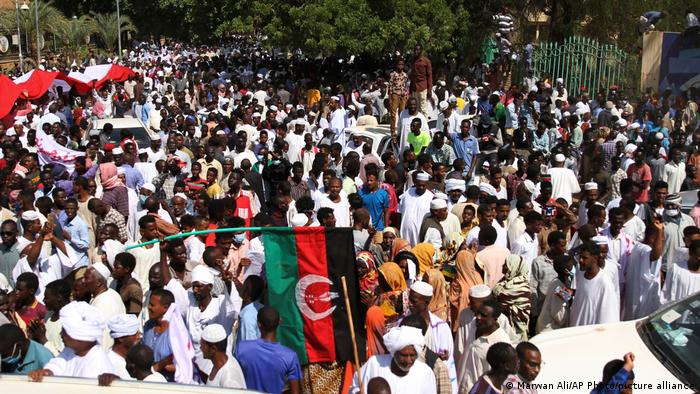 Thousands of Sudanese protesters marched in the capital, Khartoum, on Saturday calling for the transitional civilian-military government of Prime Minister Abdalla Hamdok to be dissolved and replaced by a military administration.

The protesters demanded, among other things, that General Abdel Fattah al-Burhan, the head of the armed forces and Sudan's joint military-civilian Sovereign Council, initiate a coup and seize power. Some chanted "one army, one people" and "the army will bring us bread."

The demonstration came as Sudan is in the grip of factional divisions that are endangering the country's transition to democracy after two decades of autocratic rule by Omar al-Bashir ended in April 2019. It follows on the heels of a reported foiled coup attempt on September 21 that the government blamed on both military officers and civilians linked to Bashir's regime.

The protest was organized by political parties and military-aligned splinter factions of the Forces for Freedom and Change (FFC), an umbrella group that was behind the protests that led to Bashir's overthrow and has played a large role in the transition since then.

The pro-military protesters, many of whom were reportedly bused in from outside the capital, clashed with pro-civilian protesters who oppose a military takeover.

Pro-civilian groups have called for protests on Thursday. 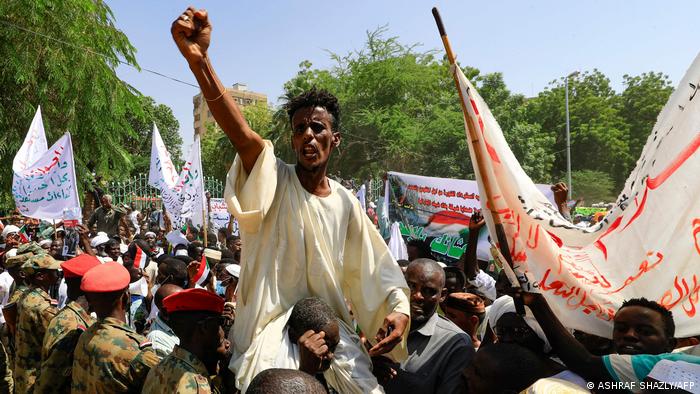 The demonstration took place outside the presidential palace

What is the situation in Sudan?

Military and civilian groups have been sharing power in Sudan since al-Bashir was toppled, but the alliance has been one fraught with tensions.

Following the failed coup attempt, military leaders have been calling for government reforms that civilian leaders see as preparing a power grab, adding to the mistrust between the two factions.

On top of this, a package of IMF-backed economic reforms that has included the cutting of fuel subsidies has led to a decline in support for the transitional government. The country is also afflicted with a shortage of essential goods, including medicines, fuel and wheat, owing to anti-government protests that have blocked the main Red Sea port of Port Sudan for more than two weeks.

On Friday, Hamdok warned that the transition was facing its "worst and most dangerous" crisis.

Behind Sudan's coup attempt: An economy in crisis