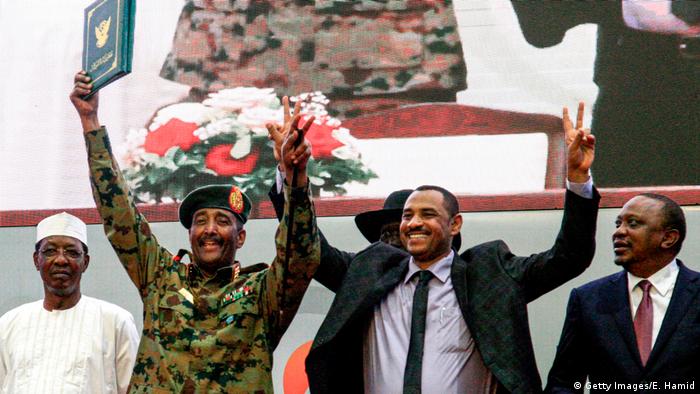 Sudan's protest movement celebrated another milestone on Tuesday with the completion of an 11-member sovereign council to rule the country during its transition to civilian rule. The council is made up of military and civilian representatives, and will govern for the next three years and three months, ultimately paving the way for democratic elections.

After mass protests forced the ouster of long-time dictator Omar al-Bashir in April, months of negotiations — sometimes interrupted by violent clashes — followed between the military and the opposition democracy movement before the two sides agreed to come together.

Lack of confidence in the military

Many people within the protest movement have expressed doubts over whether the military is actually serious about implementing democracy. Sudan's armed forces seized power after al-Bashir's ouster and only came to the negotiating table as a result of international pressure. After months of talks, the military finally agreed on a compromise with the Forces of Freedom and Change, the main civil opposition coalition. 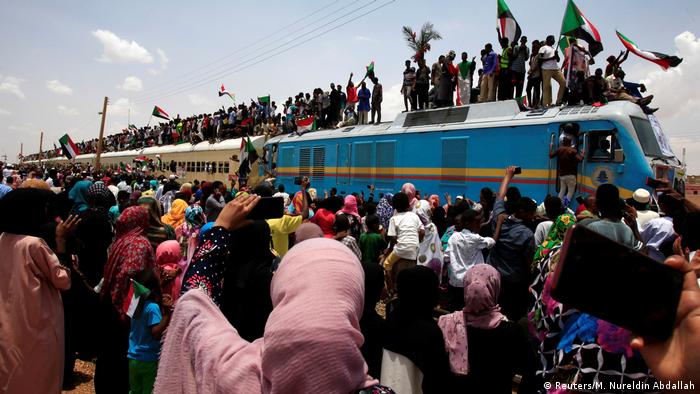 Hanging over the transitional government is the Khartoum massacre on June 3, when armed men dressed in combat fatigues violently broke up a sit-in outside military headquarters in the capital. Protest organizers say more than 100 people were killed.

Philipp Jahn of Germany's Friedrich Ebert Foundation in Khartoum told DW that "many people celebrated" the transitional government agreement, but "others don't feel like celebrating at all." The losses were too high, he said, adding that the "euphoria" people felt before the June crackdown on the protesters is gone.

Student Alaa Salah, who has become a symbol of Sudan's democracy movement after she was photographed chanting atop a car during an anti-al-Bashir protest, is only cautiously optimistic. "We must wait and see whether the military transitional council fulfills its commitments," she said. "They have not done so in the past and killed demonstrators in cold blood."

Who will ultimately lead Sudan?

The sovereign council has five military members and six civilian members. It replaces the ruling military council, and will largely delegate executive authority to a cabinet of ministers. With the exception of the Defense and Interior Ministry, all ministries will be headed by civilians. Abdallah Hamdok, a former UN economist, is set to become interim prime minister.

"The crucial question is who will lead Sudan in three years — if elections take place, we will see how stable Sudan is going to be," said Jahn.

Once prime minister, Hamdok is expected to focus his attention on economic recovery. Sudan's weak economy, which led to a spike in bread and gas prices, was a primary driver of the popular uprising against al-Bashir, who is now on trial for corruption.

The main task for the next three years will be to make sure the Sudanese people can lead decent lives, Jahn said. The country suffers from "power blackouts cuts and a lack of gas while prices are exploding," he added.

Sudanese journalist Dorra Mokhtar believes the worst of the unrest in Sudan is now over. "People are cautious because the al-Bashir system still exists in the highest ranks of the military," he said.

"People are also optimistic because a new era has dawned."

Months after mass protests erupted, the main opposition coalition and the ruling military council have signed off on plans for a transitional government. If it works, Sudan could return to civilian rule in three years. (17.08.2019)