The former Sudanese president is facing International Criminal Court charges of crimes against humanity and genocide. He has been on the wanted list since 2009. 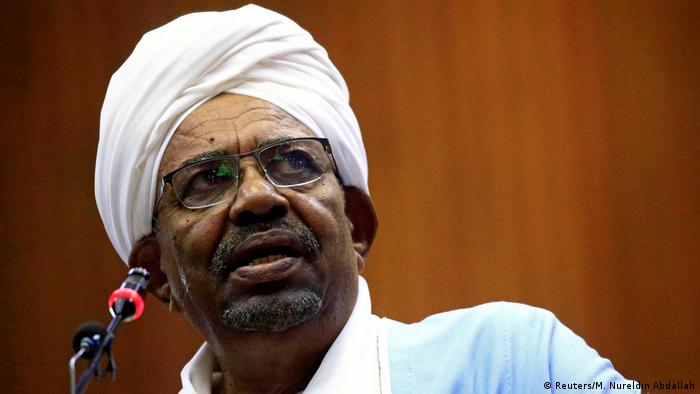 Sudan could hand over former president Omar al-Bashir to the International Criminal Court to be tried for his part in the deaths of 300,000 people during the Darfur war, the country's foreign minister said Wednesday.

Sudan's cabinet is looking to approve the decision with the Council of Ministers so  that al-Bashir can be tried for Darfur war crimes at the ICC in The Hague.

Bashir, who ruled autocratically over Sudan for three decades, faces charges of genocide, war crimes and crimes against humanity for his role in the Darfur massacres.

United Nations reports suggest 300,000 Sudanese people were killed and 2.5 million were displaced during the 2003 Darfur conflict.

Bashir has been in a correctional center since December 2019 in the country he once ruled after being convicted of graft.

The cabinet is expected to confirm the decision to extradite the former president when it meets the sovereign council, the joint military and civilian body that has run the country since Bashir was deposed in 2019.

How has Sudan overcome the violence?

The Darfur War started in 2003 when rebels took up arms against the Omar al-Bashir government for its discrimination of non-Arab groups in the country.

They allegedly raped, tortured, looted and killed people in villages all over Darfur.

After four months of protests in 2019, the military overthrew the government, arresting Bashir and his aides.

Last year, senior Janjaweed leader Ali Muhammad Ali Abd-Rahman, known as Ali Kushayb, surrendered to the ICC at The Hague. He will now be the first person to be tried over the Darfur genocide, facing charges of murder, rape and torture.

Now Bashir, who has been wanted by the ICC since 2009, looks set to follow him.

A peace deal signed with Darfuri rebel groups in October has seen some of their leaders take top jobs in the government, helping to further stabilize the country. The country is still marred by sporadic violence.