Prime Minister Abdalla Hamdok has returned home after being detained by General Abdel-Fattah Burhan. Meanwhile, Germany has expressed its support for the civilian government. 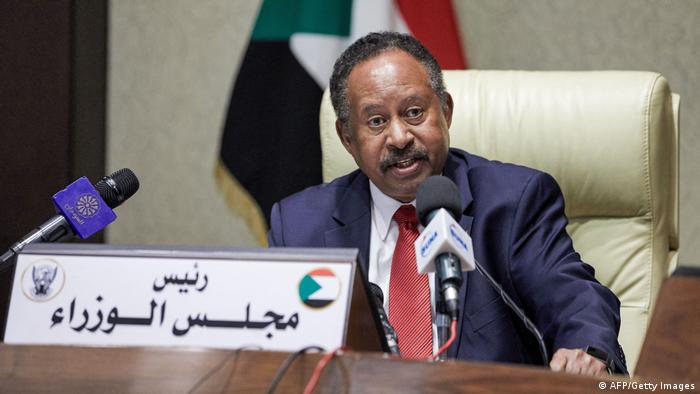 A military official told The Associated Press that Hamdok's house in the upscale Kafouri neighborhood of Khartoum was under "heavy security."

Earlier in the day, Sudan's top general, Abdel-Fattah Burhan, had said he was keeping Hamdok at "my home" for the prime minister's own protection.

"Yes, we arrested ministers and politicians, but not all" of them, Burhan said, adding that Hamdok was "in good health" and would "return home when the crisis is over."

US Secretary of State Antony Blinken later spoke with Hamdok. He welcomed the prime minister's release, but reiterated calls for the release of all detained civilian leaders, the State Department said.

Hamdok's office said that the prime minister had been detained as part of the military operation, along with several others.

The office responded to Hamdok's detention in a statement from the Information Ministry, which appealed for the "liberation of everyone" arrested on Monday.

This included Hamdok's wife, several of his ministers and civilian members of the council that had been in charge of the country's transition to full civilian rule.

The office said that Hamdok is still "the executive authority recognized by the Sudanese people and the world."

Meanwhile, the United States has condemned the actions of the military and called for the immediate restoration of the civilian-led transitional government.

According to White House national security adviser Jake Sullivan, the Biden administration is considering the range of economic tools it has in response to the military coup, and was reported to be in close communication with Gulf states.

The State Department has suspended $700 million (€ 603 million) in aid meant for the transition to democracy.

The EU condemned the coup in a statement released on Friday, denouncing the detention of Hamdok and other ministers, as well as the state of emergency declared by General Burhan.

"This attempt to undermine Sudan’s transition towards democracy is unacceptable. If the situation is not reversed immediately, there will be serious consequences for [the] EU's engagement, including its financial support," the statement said.

Germany's Foreign Minister Heiko Maas called the coup a "catastrophic development" and condemned it "in the strongest possible terms."

He warned that it posed a risk to "Sudan's democratic and peaceful future, an objective that the international community has been working to achieve."

"The people in Sudan and Prime Minister Hamdok continue to have our support," he added.

But, he also raised the prospect of "severe consequences," adding that the coup "is undermining the very foundations" of Germany's engagement with the African country. 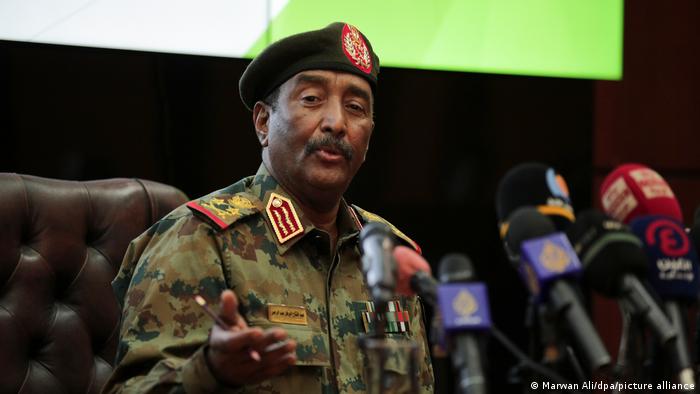 General Burhan stood by the army's decision to carry out the coup, saying it was required to avoid civil unrest.

"The whole country was suspended due to political rivalries," he said at a televised news conference on Tuesday.

"The experience during the past two years has proven that the participation of political forces in the transitional period is flawed and stirs up strife."

Meanwhile, three Sudanese ambassadors in Europe have declared their defection and condemned the military coup in their country.

"We completely align ourselves with the heroic opposition [to the coup] followed by the entire world," said the ambassadors to France, Belgium and Switzerland, declaring their missions as "embassies of the Sudanese people and their revolution." 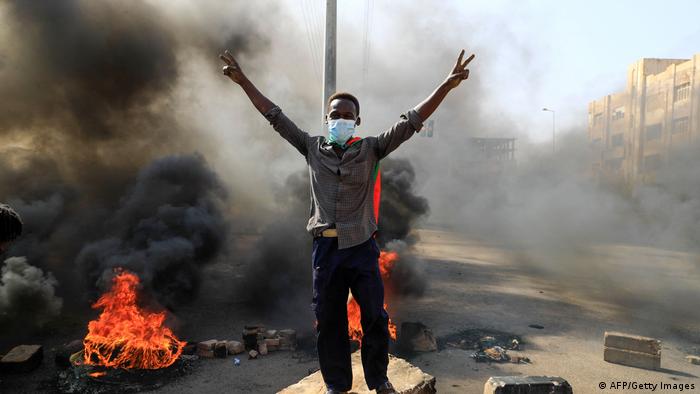 Ousted officials have called for mass protests against the military rule

How did the coup take place?

On Monday, General Burhan declared a state of emergency and dissolved the government and the ruling Sovereign Council, a joint military and civilian body.

Most of Sudan's Cabinet ministers and pro-government party leaders were arrested in the process.

Several people have been killed and at least 140 wounded in violent clashes between soldiers and protesting civilians, the Health Ministry said on Monday.

The country's civil aviation authority announced that all flights in and out of the country were being suspended until October 30.

On Tuesday, in Khartoum and its twin city Omdurman across the Nile River, shops were shut down as plumes of smoke were seen from protesters burning tires.

General Abdel Fattah al-Burhan has been announced as the head of the new council. While many citizens welcome the progress towards democracy, a group of lawyers has petitioned for reunification with South Sudan.