General Abdel Fattah al-Burhan has been announced as the head of the new council. While many citizens welcome the progress towards democracy, a group of lawyers has petitioned for reunification with South Sudan. 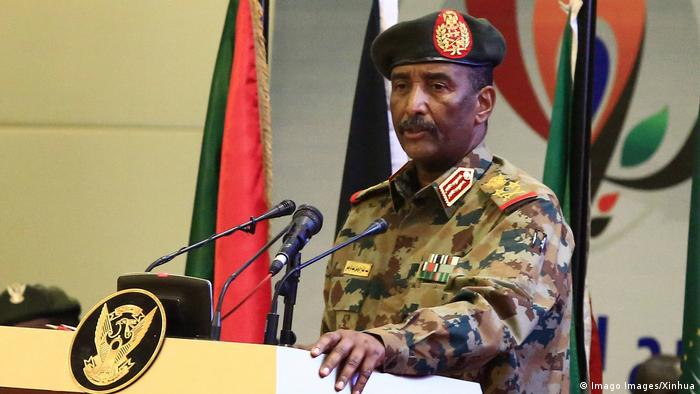 Members of Sudan's new ruling body, the Sovereign Council, were officially sworn in on Wednesday, a day after the final signing of a long-anticipated power sharing agreement between the military and the civilian alliance, Forces for Freedom and Change (FFC).

The body now replaces the Transitional Military Council (TMC) which has been in charge since longtime autocratic ruler Omar al-Bashirwas ousted in April. It also marks the first time that Sudan has not been under military rule since Bashir took power in a bloodless coup d'etat in 1989. The 11-member Sovereign Council is expected to run the country for three years until fresh elections can be held as part of the gradual transition to civilian rule.

General Abdel Fattah al-Burhan (pictured above), the former leader of the TMC, has been announced as the head of the new governing body. Economist Abdalla Hamdok, who up to now has held the position of deputy executive secretary of the United Nations Economic Commission for Africa, was expected to be formally sworn in as prime minister on Wednesday evening.

The transitional constitution was adopted on August 17, however differences within the opposition alliance stalled the naming of those nominated to sit on the council, which is comprised of six civilian and five military figures.

Al-Burhan is expected to serve as Sudan's head of state for the first 21 months of the 39-month transition period until a civilian is nominated to take over the role.

Two women have also been sworn in to the Sovereign Council, including a member of Sudan's Christian minority.

Following the overthrow of Bashir, citizens soon pushed for a handover of power to civilians. A period of unrest followed, culminating in the Khartoum massacre on June 3 when the armed forces of the TMC used heavy gunfire to disperse a sit-in by protestors outside the military headquarters, killing at least 128 people.

The inauguration of a new civilian-dominated governing council has left many Sudanese optimistic about the future. However, many say they will be watching the new leaders closely.

Read more: Opinion: Sudan must not become another Egypt

Reunification still on the cards?

The latest progress in the peace process came just weeks after four hundred lawyers in Sudan and eleven others in South Sudan filed a petition at the Supreme Court in Khartoum seeking to reunite the two countries.

The leader of the group, Najibi Mustapha, argues that South Sudan always was, and should remain, a part of Sudan's southern region.

"It is a known fact that South Sudan and Sudan were one country," he told DW. "When South Sudan was separated from Sudan, there was no clear demarcation border. Independence was granted to people of South Sudan at the time when their border with Sudan had not been officially marked. All that we want is for the court to legally rule that South Sudan is one of the regions of Sudan." 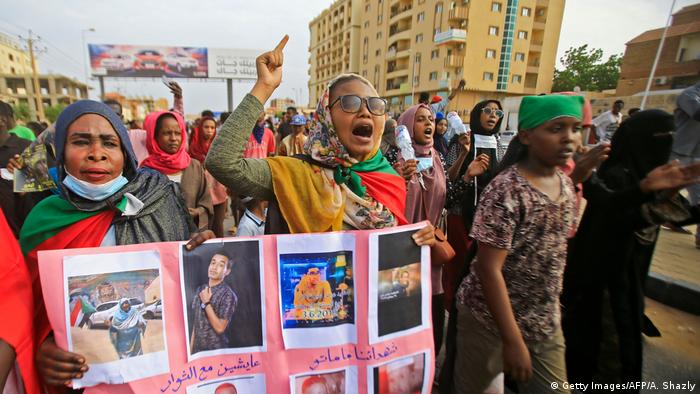 The lawyers behind the petition claim that the separation of Sudan and South Sudan in 2011 was illegal and the time has come for the two countries to reunite.

Babiker Feisal, a member of the opposition alliance FFC, told DW the two countries should reunite because of their shared history.

"We are brothers," he said. "We have the largest borders in Africa. Relations are very big in our society and we invoke [the separation] deliberately to achieve unity in the future. Eventually, I am sure that the two countries will reunite."

The secession of South Sudan effectively marked the end of 21 years of civil war which claimed the lives of more than 2 million people, while nearly four million others were displaced and forced to take refuge in neighboring African countries or elsewhere abroad.

South Sudan became Africa's 54th independent nation on July 9, 2011 following a referendum in which 98.83% of the population voted for independence.

James Shimanyula contributed to this article.

Sudan's military leadership is embarking on talks with civilian groups. But critics warn that the supression of opposition to military rule continues and that the country's economic crisis is getting worse.

Sudan's Prime Minister Abdalla Hamdok said he would step down from his role. The move comes less than two months after he was reinstated following a military coup.