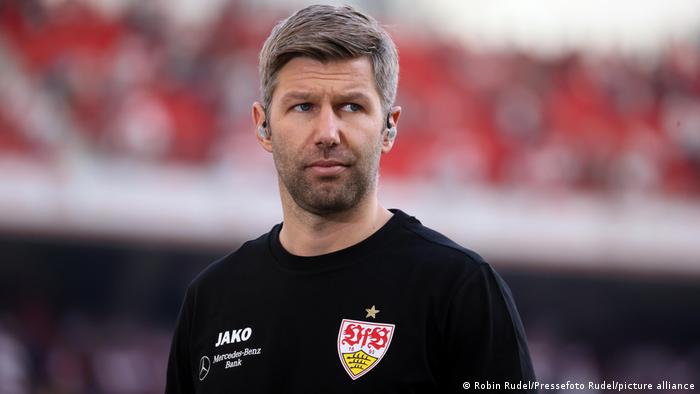 After finishing an impressive ninth in their first season back in the Bundesliga last year, VfB Stuttgart will have been hoping to kick on this season.

They looked to be on the right track with a merciless 5-1 thrashing of newly-promoted Greuther Fürth on the opening day, but three defeats and a draw from their last four games have brought Pellegrino Matarazzo's side back down to earth, culminating with Sunday's 3-1 home defeat to ten-man Bayer Leverkusen.

The visitors went ahead after just one minute when Robert Andrich headed home unmarked, before Patrick Schick doubled the lead after neat build-up play from Florian Wirtz. Andrich was then sent off for a horror challenge on Tanguy Coulibaly, and Stuttgart got back into the game courtesy of Orel Mangala. But Wirtz restored Leverkusen's two-goal cushion in the second half to wrap up the three points.

Thomas Hitzlsperger to step down

But not only have Stuttgart endured a tough time on the pitch in recent weeks; the club was also shaken on Wednesday by Thomas Hitzlsperger's announcement that he will be standing down as club chairman in October 2022.

"It has been a very intense time and I had to ask myself whether I could live with that intensity for another four years, and ultimately the answer was no," Hitzlsperger told DAZN on Sunday. 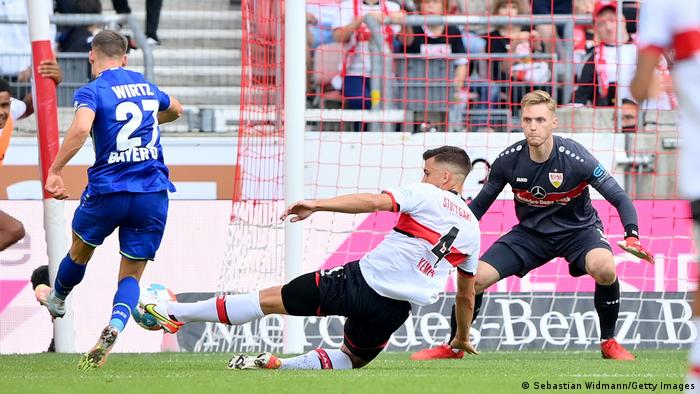 Hitzlsperger, 39, returned to Stuttgart in 2016 in an advisory role, before heading up the youth academy and then becoming sporting director. He oversaw relegation in 2019 but, after taking overall control as chairman, steered Stuttgart back to the Bundesliga at the first attempt after appointing Matarazzo as coach and Sven Mislintat as sporting director.

"We have changed the structures and processes within the club, we have improved the academy and we have been playing the sort of football we hadn't seen in years," he said. "For those reasons, I can pass on control of the club with a clear conscience."

But it's not all been plain sailing under Hitzlsperger, considered a club legend having starred in Stuttgart's 2007 Bundesliga-winning side as a player.

In December, Hitzlsperger then announced his intention to stand for club president, publicly attacking the incumbent Claus Vogt for his handling of an investigation into the data protection scandal.

The move was considered highly controversial by supporters since it would have made Hitzlsperger simultaneously chairman of the company which manages Stuttgart's professional football division and president of Stuttgart the club, whose members are supposed to hold that company to account.

Hitzlsperger eventually withdrew his candidacy and apologized, while Stuttgart were fined €300,000 by the federal state of Baden-Württemberg for "careless breach of data protection regulations." Hitzlsperger and Vogt publicly buried the hatchet, with both insisting that the whole affair is now behind them and that it did not play a role in Hitzlsperger's decision to step down.

"Thomas is doing a fantastic job as chairman," said Vogt in a statement. "Under his leadership, we have developed well on the pitch, professionalized off it, and are now a club which stands for social values such as tolerance and sustainability. Thomas is highly valued by all at VfB." Chiefly responsible for Stuttgart's on-field progression are head coach Pellegrino Matarazzo and sporting director Sven Mislintat. Both were brought to the club by Hitzlsperger and both have been influential in scouting and integrating key players such as Silas Katompa Mvumpa, Sasa Kalajdzic, Wataru Endo and Mateo Klimowicz.

"Of course, I'm not happy with [Hitzlsperger's] decision, but he's given his reasons which I have to accept and we move on," said Matarazzo, adding that he took on the Stuttgart job "not just for the club, but for the people" and describing his relationship with Hitzlsperger as "very good, trustworthy and communicative."

"But our path remains our path, regardless of what happens up above," he said.

Stuttgart's path has hit a rocky patch in recent weeks, both on and off the pitch.