A study looking at the integration of Muslims in Germany has revealed that a high percentage of Islamic inhabitants harbor fundamentalist attitudes. 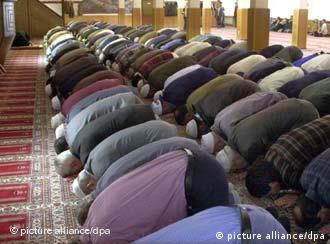 Muslims pray at a mosque in Cologne

The survey, which was commissioned by Interior Minister Wolfgang Schäuble and carried out by the Institute of Criminology at the University of Hamburg, concluded that 40 percent of Muslims in Germany would justify the use of violence in the event of Islam being threatened by the West.

According to the study, more than 44 percent of Muslims also believe that they will be granted entry to paradise if they die defending their religion.

A total of 1,750 Muslims were interviewed for the study about their attitudes towards democracy, aquiring language skills, education and readiness to resort to violence. 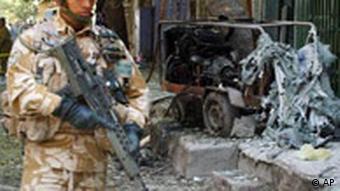 The aftermath of a suicide bombing in Baghdad

The majority of those who took part in the survey, however, said they did not condone the use of violence in the name of religion. At least 80 percent reject the idea of suicide bombings, with 8.7 percent claiming such attacks are cowardly and damaging for Islam.

Researchers also concluded that 14 percent of Germany's Islamic inhabitants dispayed a problematic attitude towards democracy. Twelve percent were highly critical of Western society while simultaneously approving corporal punishment and even the death penalty.

Schäuble told the Frankfurter Rundschau newspaper that the findings showed a "serious potential for Islamic radicalisation."

In an interview with the same newspaper, social anthropologist Werner Schiffauer said there was just as much anti-democracy sentiment among Germany's non-Muslim population as its Islamic one.

Schiffauer added that the social exclusion of Muslims was a problem. "Third generation young Muslims living in Germany are considered foreigners. They feel like Germans, but they are still marginalized," he said, adding that many consequently turn to Islam. 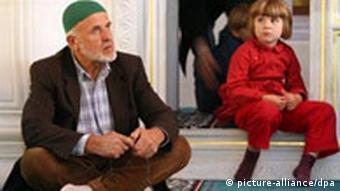 How integrated are Muslims into German society?

The Hamburg researchers were concerned to learn that many young students consider themselves collective victims of global anti-Islamic sentiment. It said a quarter of Muslim students were "latently at risk of being radicalized."

One in three of those questioned expressed anti-Semitic or anti-Christian views.

Islamic Group Plans to Double Number of Mosques in Germany

Germany's Muslim community is planning to more than double the number of mosques in the country over the next few years, according to figures released by an Islamic institute this week. (13.10.2007)

Controversially, 9/11 was chosen as the date to sign the "European Declaration for Tolerance." It aims to draw attention to what the former Muslims see as the lack of freedom of religion within Islam. (12.09.2007)