Controversially, 9/11 was chosen as the date to sign the "European Declaration for Tolerance." It aims to draw attention to what the former Muslims see as the lack of freedom of religion within Islam. 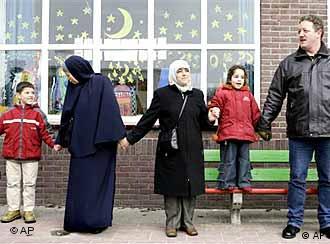 Are Ehsan Jami's methods promoting religious tolerance in the Netherlands?

Former Muslims from several European countries signed the declaration in the Hague on the sixth anniversary of the terror attacks in the United States Tuesday. Other signatories included many well-known Dutch politicians, authors and journalists.

The date of the declaration, Sept.11, was symbolically chosen in order to condemn the terror and intolerance perpetuated by radical Islamic militants, though critics argue that choosing the date unfairly links Islam to terrorism.

The ex-Muslim committees from the Netherlands, Britain, Germany and the Scandinavian countries wanted to draw attention to what they refer to as the "lack of freedom of religion within Islamic culture."

Ex-Muslim, Ehsan Jami, an Iranian-born Dutchman, launched the initiative to sign the Declaration of Tolerance. Jami, 22, a Labour Party member of the city council in a district near The Hague, has been attacked for his views three times.

"There are five sharia schools in Islam which say if you leave Islam you must be killed," Jami, 22, told Reuters in an interview.

Muslims are not allowed to renounce their faith, according to a strict interpretation of Islam and those who do are subject to imprisonment or death in some Muslim countries.

The movement of Muslim apostate committees, which was spearheaded earlier this year by Jami and Mina Ahadi, an Iranian living in Germany, has reignited a divisive debate about Islam and has put the lives of such self-declared "ex-Muslims" in danger. 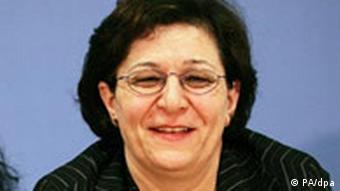 Mina Ahadi, head of German committee of ex-Muslims, which has 400 members

In highly publicized interviews, Jami's blunt attacks on Islam has offended many Dutch Muslims and commentators have drawn comparisons between the local politician and the rhetoric of right-wing politician Geert Wilders, who has called for complete ban of the Quran.

Jami has referred to the Muslim prophet Mohammed as "criminal," compared Islam to fascism and Nazism, and explained that he decided to launch the committee of former Muslims to call attention to "persistent taboos" about renouncing the Islamic faith.

Initially, the Labour Party did not support Jami and his committee, and the Dutch Vice-Prime Minister Wouter Bos told the news daily Volkskrant he did not approve of such a committee that "offends Muslims and their faith."

But the Dutch public rallied around Jami, putting pressure on Jacques Tichelaar, Labour's parliamentary leader to sign a declaration of support for the ex-Muslim committee.

However, Han Noten, who is the Dutch senate's Labour faction leader, criticized his party's stance.

In a commentary for Wednesday's NRC Handelsbad newspaper, he said the Committee of Ex-Muslims was "oversimplifying reality" and that Jami's methods succeeded in "polarizing society."

"Signing the declaration on September 11 can only be interpreted as a provocation," Noten added. "It suggests… that former Muslims are innocent and Muslims are guilty."

The right to renounce the Islamic faith 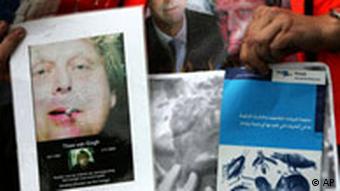 Theo van Gogh, a filmmaker who criticized Islam was murdered in Amsterdam in 2004

Jami's "Committee of Ex-Muslims" wants imams and Muslims to recognize fellow Muslims' religious rights, including the right leave the faith.

"We are breaking the taboo that comes with renouncing Islam, but also taking a stand for reason, universal rights and values and secularism," said a declaration signed by Jami, Ahadi of the German chapter, and their British counterpart Maryam Namazie, who is also of Iranian origin.

Ahadi, who belongs to the German group called "Wir haben abgeschworen," meaning "We have renounced," said it was significant that the three leaders were from Iran, since they had all witnessed the political repression under the Islamic Republic firsthand.

There are some 400 committee members in Germany, including non-Muslim Germans, according to Ahadi. The British council of ex-Muslims has around 70 members, and Jami's committee has only two official members.

"We have received hundreds of support e-mails and that's what counts," Jami told the AFP news agency. "We're more of a movement."

Most European Nations Keep God Out of Constitution

The preamble to the EU's reform treaty will not mention God. Yet Germany's major churches would have preferred a reference, they told DW-WORLD.DE. Most EU members do not include God in their national constitutions. (09.09.2007)