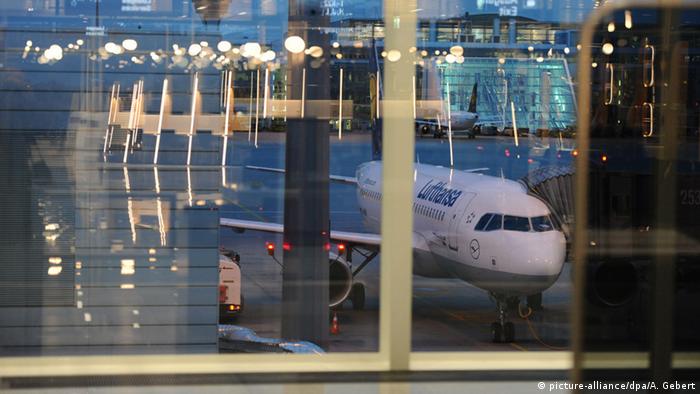 Ground crews are participating in the mass strikes, which were called by German labor union Verdi in response to a dispute over wage increases. German airline Lufthansa, which is not part of the negotiations, said it had canceled around 900 flights.

Six airports have been targetted by Verdi members working in air safety control, ground services, at check-in counters and in engineering workshops at the airports.

Intercontinental flights were the most affected, but even some domestic and European flights were canceled, Lufthansa said.

In Munich, 740 flights were scrapped, in Frankfurt more than 390, at Cologne/Bonn airport 90, and in Dusseldorf 54, with passengers also facing delays at the airports of Hanover and Dortmund.

Germany's biggest airline Lufthansa took the brunt of the strike with more than 900 flights cancelled and 87,000 passengers grounded. A spokesman for rival Air Berlin said that 87 domestic flights were hit.

A new round of negotiations between Verdi and the government will take place on April 28 and 29.

Verdi - one of Germany's biggest labor unions - is demanding a 6 percent wage increase for some 2 million public service employees it represents. It's also calling for a pay increase of 100 euros ($112.81) per month for trainees.

Lufthansa has been hit by several strikes over the past year in wage disputes of its own, with both pilots and cabin staff staging a number of walkouts over pay and early retirement provisions.

A German trade union has called for a strike at airports across the country on Wednesday. All intercontinental flights to and from Munich will be canceled; Düsseldorf, Cologne, and Frankfurt airports will also be hit. (25.04.2016)

Passengers should expect delays and cancellations at several airports in Germany on Wednesday due to planned strikes, including at the two largest airports in Frankfurt and Munich. (25.04.2016)