Steep rise in state benefits for asylum-seekers in Germany

The number of refugees who received state benefits more than doubled last year compared to 2014. Two out of three were from Syria, Afghanistan and Iraq. 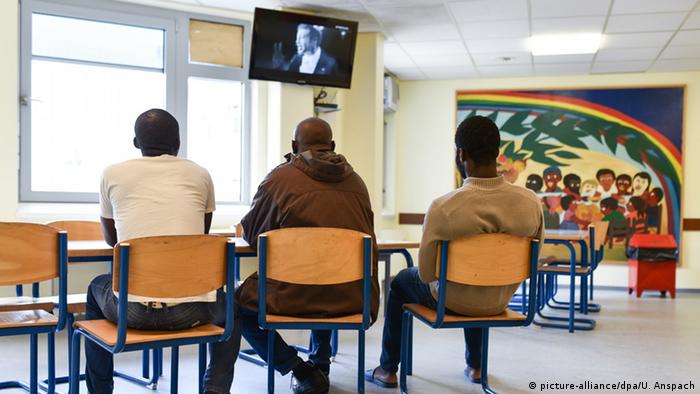 By the end of last year, about 975,000 asylum seekers and foreigners with a so-called "toleration" status in Germany received support in the framework of the Asylum Seekers Benefits Act (AsylbLG), up from less than half that number (363,000) in 2014. That amounts to a 169 percent increase.

The number of recipients has increased for the sixth time in a row since 2010, when such benefits were only granted to 130,000 refugees, the Federal Statistics Office in Wiesbaden said on Monday.

Last year, 67 percent of the recipients were male and 33 percent were female. Almost 30 percent were still minors, 70 percent aged 18 to 64 and just one percent 65 or older.

Compared to 2014, the statistics office reports, state benefits for refugees according to the AsylbLG more than doubled to almost 5.3 billion euros ($ 5.9 billion). By comparison, expenses in 2010 amounted to 815 million euros ($908 million.)

The vast majority of recipients last year were granted basic - that is for the most part non-cash - benefits designed to cover the need for food, housing, heating, clothing, health and hygiene articles and household items. The refugees were also granted an additional monthly cash allowance for personal needs.

340,000 women and men received additional benefits in cases of maternity or ill health.

From Refugee to Business Leader

More and more refugees are deciding to found their own business in Germany. (05.09.2016)

Protesters have blocked a major highway in northern France to demand the closure of the "Jungle" migrant camp in Calais. They said the protest would continue until authorities set a date for dismantling the camp. (05.09.2016)

Refugees are being trained in civil engineering and reconstruction for when the conflict in their country is over. Germany's Federal Labor Agency estimates some 30 percent of asylum seekers could benefit from the course. (01.09.2016)