New information indicates that the killer in the controversial shooting of student protester Benno Ohnesorg in Berlin in 1967 was a West German policeman who was also working for the East German Stasi secret police. 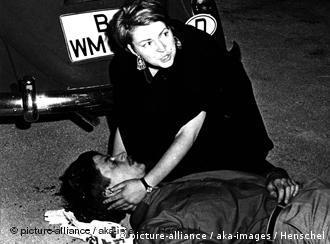 Sifting through reams of old files from the communist state security apparatus in East Germany, two historians, Helmut Mueller-Enbergs and Cornelia Jabs, say they accidently uncovered information that the policeman, Karl-Heinz Kurras, was a so-called unofficial employee of the East German Ministry for State Security (MfS) and a member of the country's Socialist Unity Party (SED).

In reports published separately on Thursday by ZDF public television network and the Frankfurter Allgemeine Zeitung (FAZ) newspaper and based on the historians' findings, Kurras had been in the service of the Stasi secret police since 1955 and had been charged with spying on the West Berlin police. 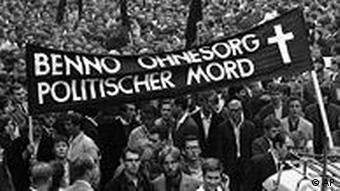 The documents found in the archives of the Birthler Agency - the authority which manages files from the former East Germany - also contained a message radioed to Kurras by the MfS after the fatal shooting of Ohnesorg, which read: "Destroy all material. Cease work for now. View events as very regrettable accident."

Ohnesorg was shot to death in West Berlin on June 2, 1967 during a student protest against the Shah of Iran, who was visiting Germany at the time. His death triggered widespread and violent student protests across West Germany and helped fuel sympathies for the militant Red Army Faction and its up-and-coming first generation leaders, Andreas Baader, Ulrike Meinhof and Gudrun Ensslin.

Espionage expert Mueller-Enbergs, told ZDF that there were no clues in the Stasi files that Kurras had been explicitly told to liquidate Ohnesorg. After the shooting, Kurras was tried for reckless manslaughter but acquitted due to a lack of evidence.

The new information raises the question: What would have happened to the German student protest movement of the late 1960s had people known that Ohnesorg's killer had been a spy for communist East Germany?

The East German Stasi secret police once offered Angela Merkel a position as a spy, but she declined, citing her talkative nature. When the Berlin Wall fell, she toasted the event with a can of beer. (19.05.2009)

Berlin's notorious Stasi detention center is now a memorial site meant to educate visitors about the injustices committed under communism. But many are worried that former East Germans simply aren't interested. (05.05.2009)