Berlin's notorious Stasi detention center is now a memorial site meant to educate visitors about the injustices committed under communism. But many are worried that former East Germans simply aren't interested. 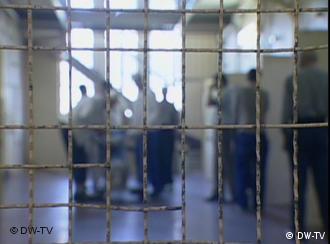 German Chancellor Angela Merkel visited the Hohenschoenhausen Memorial on Tuesday, getting a tour from one of the thousands of political prisoners who were held in the former Stasi detention center.

The memorial shows "the brutal ways in which people's dignity was abused," said Merkel, who grew up under the communist East German regime.

Merkel is the first German leader to tour the Berlin prison. The tour was part of this year's anniversary commemorations, which mark the 20 years since the fall of the Berlin Wall in 1989.

"It is crucial that this chapter of the history of the East German dictatorship is not covered up or forgotten," Merkel said.

Yet there's a growing worry among some historians and activists that many of those who grew up in the former German Democratic Republic (GDR) would rather forget the atrocities committed by the regime.

Few visitors from the East 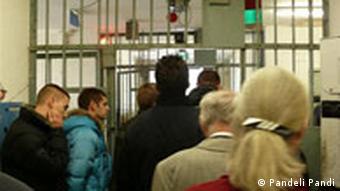 The memorial is popular with visitors

Only 20 percent of visitors to the Hohenschoenhausen Memorial come from the eastern German states that made up the GDR.

"I myself had also expected that more easterners, people from the former GDR, would come and see our memorial site ... all the more so since they don't have to travel far," Siegfried Reiprich, a historian from the site's political education department, told Deutsche Welle. "But the figures are disappointing."

Hohenschoenhausen is a unique "living memorial" which includes many of the original prison furnishings, providing a sort of time capsule to show what prison life was like for many of the GDR's best-known dissidents. The memorial has been hugely successful in the 15 years since it opened, attracting a record 250,000 visitors last year.

Fear remains of facing the past

Carola Schulze said she was surprised that so few former East Germans visited the museum, but thinks it has to do with their apprehension to examine the past. 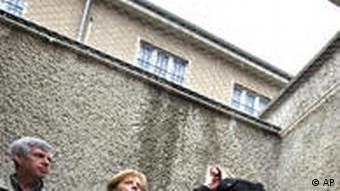 Chancellor Merkel, who grew up in the GDR, toured the Stasi facility

"Of course it hurts when you look back to the past," said Schulze, from the UOKG, a Berlin-based umbrella group for victims of the communist dictatorship. "After all, we're human beings. But on the other hand, it's so necessary to look back.”

Not only are former East Germans uninterested in examining the past, but they are also prone to distorting their own history, says Reiprich. They are much more likely today to portray the GDR in a much more positive light than they would have in the years directly after the communist regime was toppled in 1989, he says.

What to tell the children?

The generation, which lived under Communism also does not seem to be discussing Stasi brutality with their children. Several school-aged visitors at the recent exhibit said the subject was brushed over, both at school and at home.

Reiprich said one of the problems is that many of the teachers don't convey to their students a realistic picture of life in the GDR. They certainly aren't interested in visiting Hohenschoenhausen with their students, he said.

"They just don't want to hear unpleasant questions such as 'what did you do 20 years ago?'"

Media in the GDR was entirely state-controlled and western journalists were seen as a threat to the socialist system. But were they really? How much did the media have to do with the fall of the Berlin Wall? (05.01.2009)

Germany and six former East Bloc countries have started a network for coming to terms with the crimes of the Communist secret police. Their goal: to share experiences at conferences and improve access to files. (18.12.2008)

Panel Calls for End to Nostalgia About East Germany

Nearly 20 years after the fall of the Berlin Wall, a growing number of people are romanticising about what daily life was like in the former communist East Germany. (29.09.2008)