Billie Eilish, Madonna and Elton John were among dozens of stars taking part in the digital event to raise money for Ukrainian and other refugees worldwide. 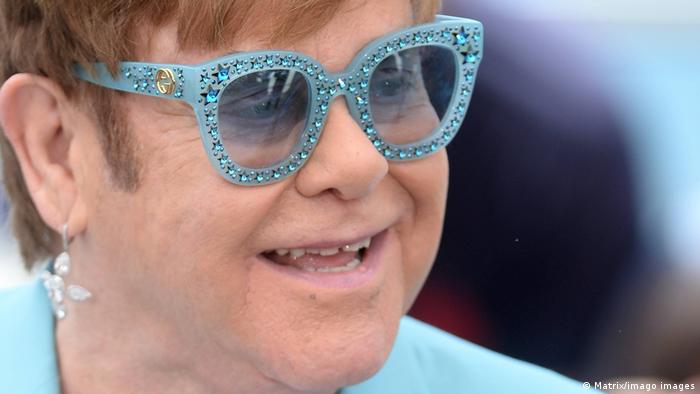 Many of the world's top artists, entertainers, athletes and advocates joined a global social media rally on Friday to raise billions in aid for humanitarian efforts in Ukraine and support refugees worldwide.

"Stand Up for Ukraine" saw music stars such as Billie Eilish, Madonna, Celine Dion, Katy Perry, Elton John, Stevie Wonder and Bruce Springsteen appealing for donations and other forms of support for those affected inside Ukraine — as well as for the millions of refugees who have fled the country.

It was not just limited to stars, however: Anyone could join this global social media rally today by creating and uploading a video asking world leaders to take action on the global refugee crisis.

The move came in response to a new video from Ukrainian President Volodymyr Zelenskyy, in which he called on the international community to help those affected by the Russian invasion of Ukraine.

"I'm inviting everybody: musicians, actors, athletes, businessmen, politicians, everybody. Everyone who wants to join this movement and 'Stand Up for Ukraine.'"

More than 12 million Ukrainians are currently in need of emergency aid — food, water, shelter and health care — following the Russian invasion of their country on February 24.

Russia's relentless bombing campaign has since killed many civilians, with entire cities rendered uninhabitable through the destruction of apartment blocks, key infrastructure and health care facilities.

Furthermore, many vulnerable people — the elderly, children and people with disabilities — are forced to remain in Ukraine, unable to flee the country.

Stand up for Ukraine participants are encouraging citizens to call on governments, institutions, corporations and individuals to donate to humanitarian efforts for Ukraine, as well as for refugees from other conflicts in Yemen, South Sudan and Afghanistan.

Raising billions for Ukrainian and other refugees worldwide

It came on the eve of a pledging event in Warsaw on Saturday, April 9, convened by EU Commission President Ursula von der Leyen and Canadian Prime Minister Justin Trudeau.

Both funding drives have therefore succeeded in raising the approximately $10 billion needed by the UN High Commissioner for Refugees for people fleeing Ukraine, along with the 100-odd million forcibly displaced people in more than 133 countries and territories globally.

Referring to the current Ukrainian crisis, von der Leyen quoted UNICEF, saying that a Ukrainian child has become a refugee almost every single second since Russia invaded the country.

She added that the European Union is catering to the needs of the millions of refugees it hosts, but will further step up its efforts.

"Together, we can give them a safe home and bring some light in their lives at this dark hour."

For more information about "Stand Up for Ukraine" or on how to pledge help, visit www.forukraine.com.

This text was updated on April 9 and 10.

The head of the UN's refugee agency has said the number of people fleeing Ukraine has now reached 2 million. Filippo Grandi warned that the second wave of refugees is likely to be more vulnerable than the first.