Why Billie Eilish is a Generation Z icon 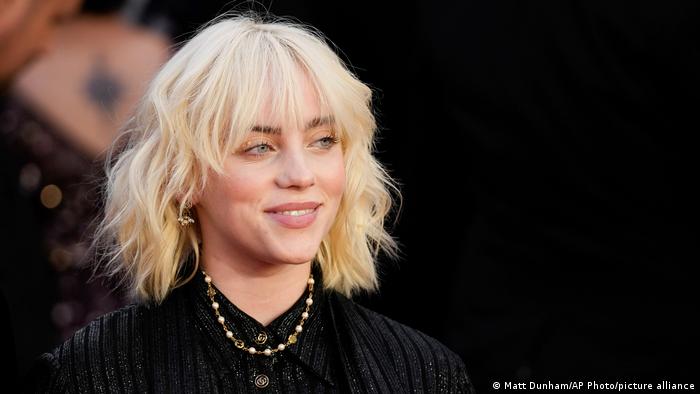 Billie Eilish is a Generation Z role model and megastar

While still a teenager, US singer Billie Eilish became a pop culture icon while selling several hundred million records — the latest debuting at No. 1 — and setting new standards for up-and-coming pop artists. Not only her music but her fashion and ethics have an enduring influence on young people. On February 3, Eilish kicks off her "Happier Than Ever" world tour (named after the album that topped the charts in 2021), and along the way will play three summer concerts in Germany. So what makes Billie Eilish so special?

1. She isn't concerned with musical genres

Music was once classified according to genre. But, now that streaming services like Spotify sort their music by mood in automatically compiled playlists, genres seem outdated. At least, that's how Eilish sees it: "Musical genre is not dead, but it should die," she said in a 2019 interview with German magazine Der Spiegel. She mixes up pop, trap, emo, alternative and, as in the song "Billie Bossa Nova," Brazilian beats. And yet you always recognize the Eilish sound because of her trademark whispering vocals, and the often dark and melancholic lyrics that her legions of fans can identify with.

2. She speaks out against body shaming

As a teenager, her trademark baggy clothes became a world fashion trend. Then, in 2021, Eilish experimented with her look, showing up on the cover of Vogue in an Alexander McQueen corset. "My body was the initial reason for my depression when I was younger," she told Vogue.

In the past, the singer became the target of online hate comments criticizing her body. In response, she posted a video titled "Not My Responsibility" on YouTube. In it, she strips down garment by garment and criticizes strangers — mostly men — for judging her body without asking: "Though you've never seen my body, you still judge it — and judge me for it. Why make assumptions about people based on their size?" 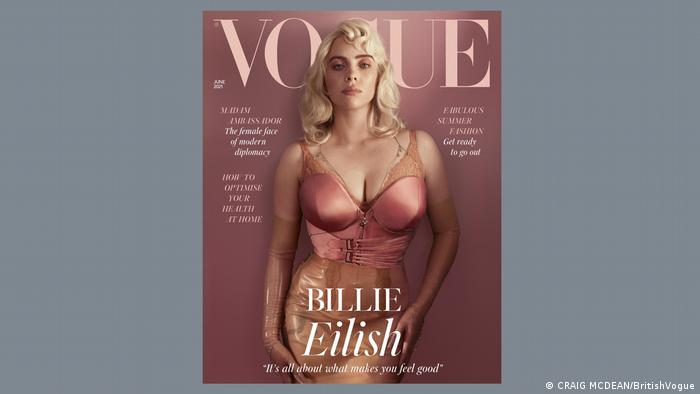 The vegan singer is committed to animal rights and launched a vegan Air Jordan shoe collection with Nike in 2021. Her own perfume is also vegan. At the Met Gala in September 2021, she wore an extravagant dress by designer brand Oscar de la Renta — on the condition that the brand would remove animal fur from its range in return.

At the Grammy Awards in 2020, Eilish became the youngest person to win in all major categories, including best new artist and song of the year for "Bad Guy." She was also awarded the album of the year for her debut, "When We All Fall Asleep, Where Do We Go?"

She was the first person to achieve this feat of winning the "big four" awards in one year since US singer-songwriter Christopher Cross did so in 1981.

Billie Eilish is the youngest winner of the album of the year award.

She was a trailblazer in demonstrating how to become famous via the internet. In 2015, the then not quite 14-year-old uploaded her song "Ocean Eyes" to the online music service Soundcloud — originally as a song for a dance rehearsal. But then the song was clicked on and shared millions of times. This brought Billie Eilish to the attention of the Interscope Records label, which signed her and her brother Finneas. The rest is history.

6. She produces her songs with her brother, Finneas

Finneas O'Connor, 24, is not only Eilish's older brother — he is also the producer and co-writer of her songs. The siblings grew up in Los Angeles in a family of artists and were home-schooled. They produced their first songs, including "Ocean Eyes," together in their bedrooms.

7. The youngest artist to perform a James Bond theme song

It was an important milestone when Eilish was the youngest artist ever commissioned to write a theme song for a James Bond film, "No Time To Die."

Generation Z might not necessarily flock to James Bond movies, making other musical guest appearances arguably more relevant. For instance, Eilish's song "Bored" was featured on the soundtrack of the teen drama series "Dead Girls Don't Lie." The song "Lo Vas a Olvidar," which she recorded with Spanish singer Rosalia, became the soundtrack of the popular HBO series "Euphoria." 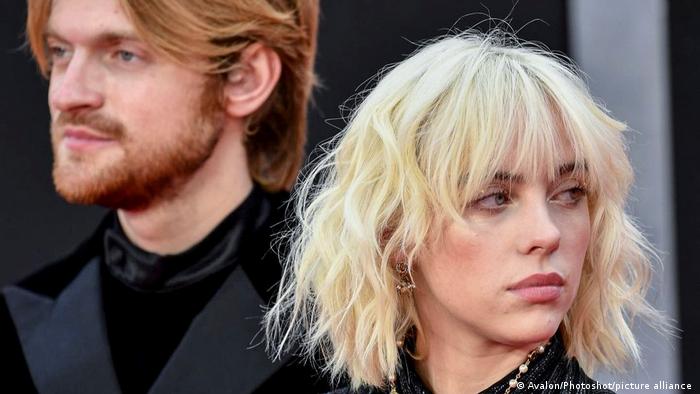 About 100 million people follow Eilish on Instagram. Eilish uses this influence to address issues that are important to her. When African American George Floyd was murdered by a police officer in 2020, she wrote a post under the #blacklivesmatter hashtag calling on people to address racism and white privilege.

She has also shared on Instagram a link to the documentary "They're Trying To Kill Us," which she co-produced, and which is about — among other things — the connection between racism and food (in)justice.

9. She is open about her Tourette's condition

In 2018, the singer shared on Instagram that she had Tourette's syndrome after videos of her tics had been compiled and uploaded on YouTube. Eilish's tics are physical; verbal tics do not occur. In a 2019 interview with star TV host Ellen DeGeneres, she said: "It's something I've lived with my whole life. I just never said anything about it because I didn't want that to define who I was." She said that when she went public with her diagnosis, she noticed that many fans were also living with Tourette's and it created solidarity.

Eilish is publicly committed to environmental protection. She performed at the Global Citizen Live concert series in September 2021 to raise money for the fight against climate change, poverty and the consequences of the pandemic. She also addresses the climate crisis in her songs, as the music video for "All The Good Girls Go To Hell" demonstrates.

Now, her world tour is also supposed to be climate-friendly — even if this will be difficult with all the air travel. Eilish aims to achieve a more sustainable tour by banning, for example, plastic straws and having fans bring their own water bottles to concerts. Environmentally conscious or not, Eilish fans can look forward to seeing the singer live again after a two-year break during the pandemic.

What bodyshaming does to us

What did you do during lockdown? Elton John made an album

The singer has made history after taking her total career wins to 28. Her daughter Blue Ivy became the youngest recipient ever of a Grammy, while Taylor Swift also set a new record.

Agent 007 is known for saving the world, but can he save cinema? Daniel Craig celebrated his final Bond outing with the royals and Billie Eilish.

From the European Commission's Ursula von der Leyen to the more musical performers such as Elton John, public figures have joined the event against climate change, COVID vaccine inequality and famine around the world.

As she releases her new single, "Lost Cause," the 19-year-old star continues to reveal aspects of herself to the public. But it's not just about staying in the news.