Beyond his most iconic role as Luke Skywalker in "Star Wars," the 66-year-old actor Mark Hamill has featured in about 70 movies and nearly 200 TV shows. He is now getting a Walk of Fame star — no wars required. 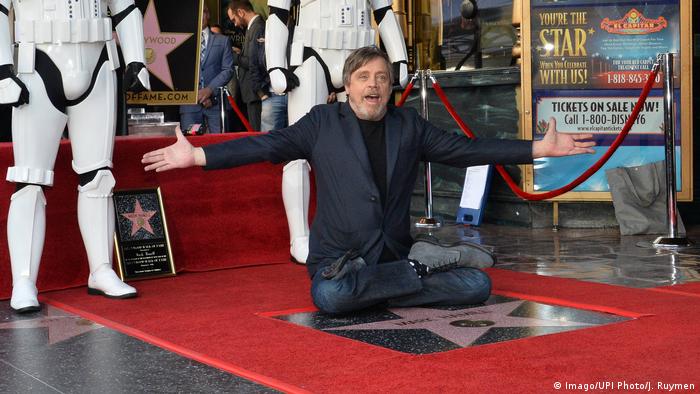 Flanked by two Storm Troopers, "Star Wars" actor Mark Hamill, 66, sat cross-legged by his brand new star on the Hollywood Walk of Fame, the newest addition to blocks of star-studded sidewalks in L.A.

To the beeps and squeaks of the saga's robot R2-D2, Hamill was joined at the ceremony on Thursday by "Star Wars" creator and director George Lucas and Han Solo actor Harrison Ford.

Hamill acted in the original "Star Wars" trilogy, and again in the 2017 "Star Wars: The Last Jedi." 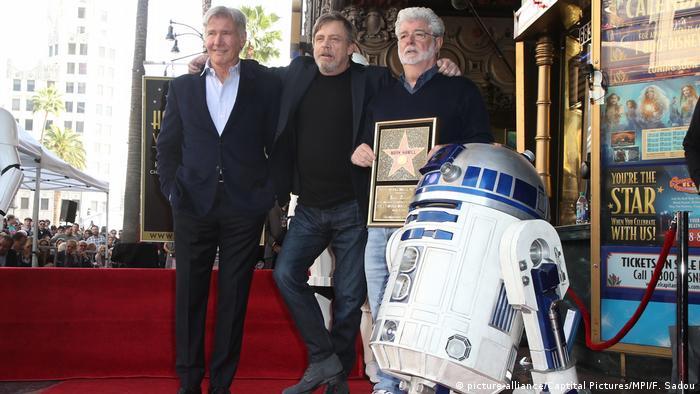 "It's hard to convey my gratitude, my joy, the exhilaration of being recognized in this way," Hamill told the many fans at the unveiling ceremony in front of El Capitan Theatre.

"I haven't been this speechless since 'Force Awakens,'" the actor joked, referring to his brief appearance without dialogue in the 2015 episode of the sequel trilogy.

But for the "genius of George Lucas," he wouldn't be standing on the Walk of Fame, Hamill said. "From Jedi to Joker and back again, it has been a fantastic ride, thank you so much and may the force be with each and every one of you," added the actor who also lends his voice to the villainous Joker in the animated shows "Batman" and "Justice League."

Hamill's is the 2,630th terrazzo and brass star. Harrison Ford received a star in 2003.

The stars are monuments to achievements in the entertainment industry, engraved among others with the names of actors, musicians, directors, producers and fictional characters.

US police are investigating an attack on Donald Trump's star on the Hollywood Walk of Fame, after the symbol was damaged with a pickaxe and a sledgehammer. A self-proclaimed activist claimed responsibility in a video. (27.10.2016)