Writer and producer team David Benioff and D.B. Weiss will move from the Seven Kingdoms to a galaxy far, far away. After "Game of Thrones" wraps up in 2019, the pair will tackle a brand new "Star Wars" series. 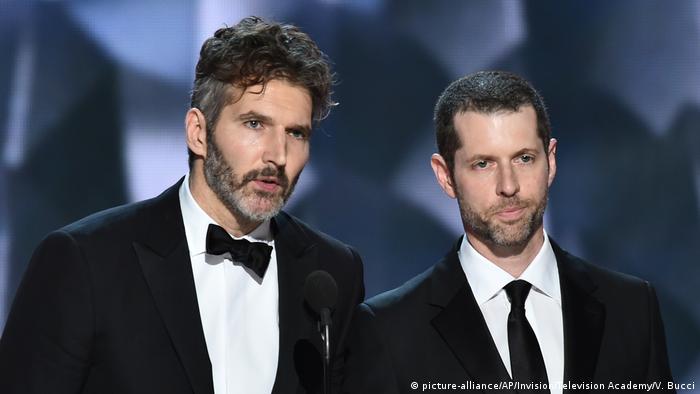 The creative team behind the hit TV-series "Game of Thrones" will write and produce a new series of "Star Wars" films, the Walt Disney Company announced on Tuesday.

The new movies to be made by David Benioff (above left) and D.B Weiss (above right) will be separate from the main Skywalker saga, which began in 1977 with director George Lucas' original "Star Wars" film, and from the recently announced trilogy that experienced "Star Wars" director Rian Johnson will develop.

Kathleen Kennedy, the president of Lucasfilm, praised the "Game of Thrones" duo in Tuesday's press release. "David and Dan are some of the best storytellers working today," she said. "Their command of complex characters, depth of story and richness of mythology will break new ground and boldly push Star Wars in ways I find incredibly exciting."

Benioff and Weiss, who wrote and produced HBO's Emmy Award-winning fantasy TV series, expressed their excitement to be working on the project. 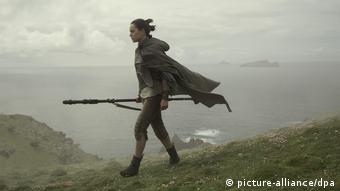 'Star Wars: The Last Jedi' is the most recent film in the saga to have been released in cinemas

"In the summer of 1977 we traveled to a galaxy far, far away, and we've been dreaming of it ever since," they said in a joint statement. "We are honored by the opportunity, a little terrified by the responsibility, and so excited to get started as soon as the final season of 'Game of Thrones' is complete."

Dates and details to come

The seventh and most recent season of "Game of Thrones" finished airing in August 2017. The final six-episode season is scheduled for release in 2019.

Disney did not provide any dates or plot details regarding the new "Star Wars" series.

"Star Wars" is one of the most lucrative film ventures in Hollywood history. Disney acquired the Lucasfilm production company in 2012, and the two films made under the media conglomerate's ownership, "Star Wars: The Force Awakens" (2015") and "Star Wars: The Last Jedi" (2017), were among the top ten highest grossing films of all time, taking in $2 billion and $1.3 billion respectively.