There are huge staff shortages in Berlin’s restaurants, bars and hotels. The post-pandemic phenomenon is being seen across Europe and elsewhere, including in the US, as workers leave the challenging sector for good. 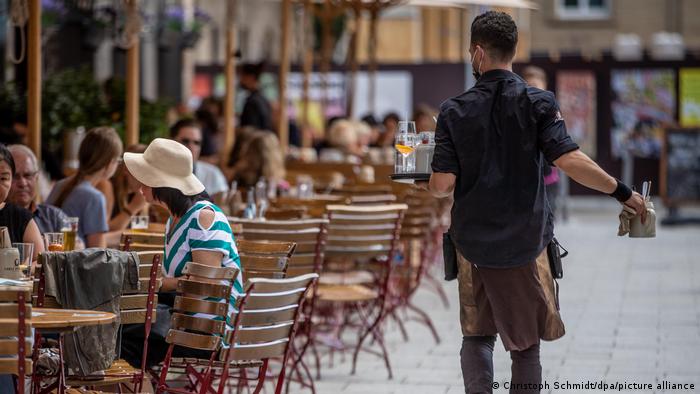 Diners who recently returned to Berlin's restaurants are likely to have noticed a plethora of "staff wanted" signs in the windows of the reopened eateries.

As the long emergence from lockdown continues, Germany's gastronomy and hospitality sector is experiencing a serious shortfall in workers, particularly waiting and kitchen staff.

Restaurants have spent large portions of the past 18 months either fully or partially closed, but owners' relief at being able to reopen has been tempered by the lack of workers.

"It has been difficult because during the lockdown we only needed a small staff: one in the kitchen and one out front to serve the customers for takeaway," says Jonathan O'Reilly, proprietor of Crazy Bastard Kitchen in Berlin's Neukölln district. "Going from that to serving 30 or 40 people at tables means we had to double service staff quickly." 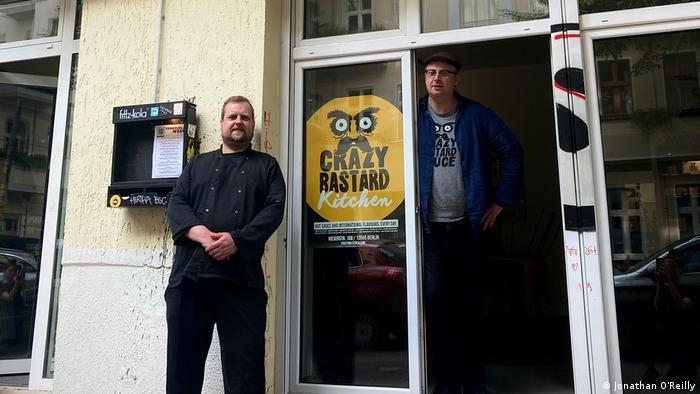 Rebecca Lynch, who runs Salt n Bone in the district of Prenzlauer Berg, says she has never experienced such difficulty finding staff. She spent more than €2,000 ($2,300) on job ads alone during the summer months.

"Normally, we would get 20 or 30 applications for a waiting position," she said. "This time it was silent. We got applications from people who weren't even in the country, who would only relocate if we found them an apartment."

"The staff shortage in the hospitality industry is dramatic," Jonas Bohl, spokesman for Germany's Food, Beverages and Catering Union (NGG), told DW. "In the past year alone, around 300,000 employees left the industry. Many will not come back."

The employment picture in the sector has indeed been dramatically upended by the pandemic. According to figures from the German Hotel and Restaurant Association (DEHOGA), a trade body, the number of those employed in German restaurants and hotels fell by around 15% between the start of the pandemic and September 2020.

These figures are backed up by the NGG, the workers' union, which estimates that around one in six workers (300,000) have left. The question now is how many of those will come back.

Over the past few months, proprietors such as O'Reilly and Lynch have been tentatively watching to see if the full reopening of business would encourage more applications.

However, just when more staff were needed, fewer seemed to be available. "During July and August, suddenly people were able to travel again," said O'Reilly. "People wanted to take holidays. Some hadn't seen their families in two years." 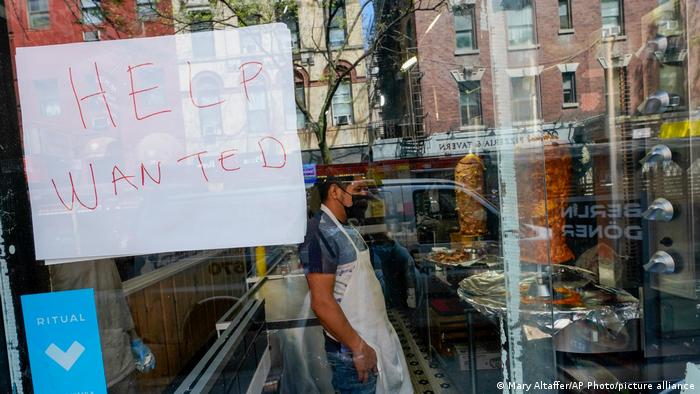 The staff shortages have been a feature of post-lockdown life in many countries, including in the US (pictured)

The situation is not unique to Germany. Across Europe, the hospitality sector is experiencing a serious staff shortage. Likewise, in the United States, the post-lockdown environment has seen a major lack of workers in the services sector.

As well as the issue of people taking long-awaited holidays, both O'Reilly and Lynch have recognized a potentially permanent pivot away from the industry by workers who enjoyed a different way of life during long lockdowns.

"A lot of people realized they hated working nights and weekends and that actually working for Zalando (an E-commerce fashion company) from 9 to 5 wasn't the worst thing," says Lynch. "This sector is very stressful. It isn't very secure because you are relying on tips and not actual recognized taxable money. I can understand why a lot of them are not coming back."

O'Reilly, who expanded his restaurant during the winter lockdown says it's demanding work. "It is late nights and not as well paid as office jobs. People had the time to stop and think if this is what they want to do, and a lot of people shifted careers during the lockdown. That's totally understandable and a great thing. There weren't that many people thinking: 'I can't wait for the lockdown to end so I can get back to work really hard in the kitchen.'"

O'Reilly and Lynch prioritize worker rights and conditions in their restaurants. But they say that is far from common across the sector.

"I have heard horror stories about places that don't pay benefits," says O'Reilly. "They have everyone on 'mini jobs' but they are actually working way more than they are supposed to so benefits don't have to be paid. A lot are paying cash in hand." 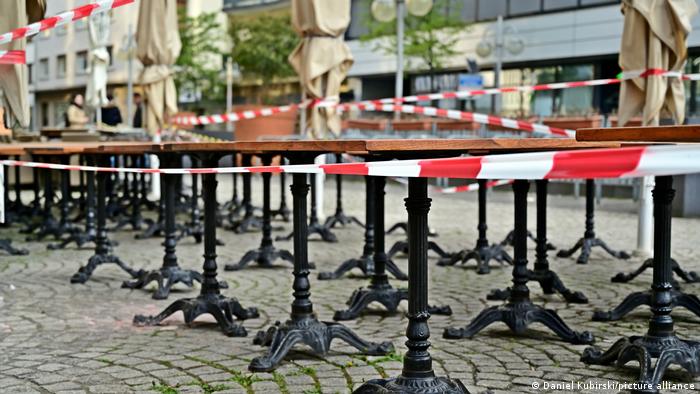 Lockdowns may have resulted in permanent changes to the hospitality sector, particularly in terms of the treatment of workers

Bohl, from the workers' union, lays much of the blame for the current crisis on restaurants themselves, as well as on DEHOGA.

"For far too long, employers and their association have done far too little to make the industry more attractive," he told DW. "Wages were and are too low, working hours too long and the quality of training too poor. These past failures are now hurting the industry."

Leopold Schramek, a spokesperson for DEHOGA, said the trade body rejects the accusation.

"Securing the need for workers and skilled workers has been at the top of the DEHOGA agenda for years," he told DW. "Together with the companies in the industry, we are working to position the hospitality industry as an attractive employer and trainer, to attract people to the industry and to keep them in the industry. This is only possible with respect and appreciation, with good communication between entrepreneurs and employees and with a trusting atmosphere."

While the "staff wanted" signs are likely to be needed for some time to come, there are some indications that the apparently permanent end of lockdown is bringing workers back.

Lynch says that universities finally returning to in-person classes again is huge for the sector, as hospitality has long relied on students' willingness to take on part-time work. She also sees the gradual return of backpacking holidaymakers, willing to work during short stints of travel abroad, as vital.

"I do see light at the end of the tunnel," she said. "I have had this staff drought for months and months, but since September 1 I have received more job applications in a week than I have in the last six months!