Hidden cameras and lipstick pistols - the Spy Museum Berlin introduces visitors to the world of espionage. 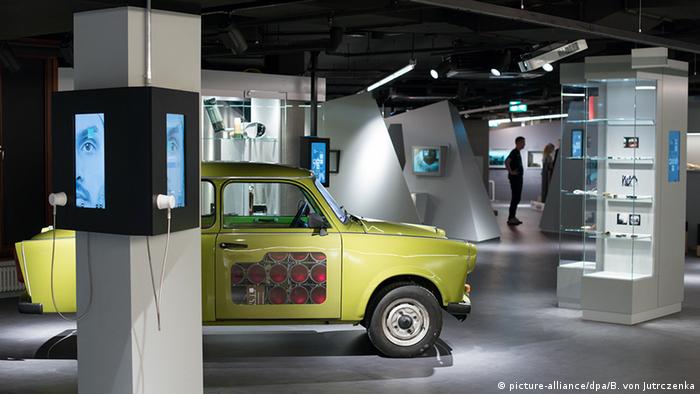 The Spy Museum Berlin opens its doors on Leipziger Platz square on Saturday, 19 September 2015. Immediately upon entering, every visitor will be captured on film and thermographic cameras. The images will be shown on a host of monitors.

The museum features 3000 square meters devoted to the history of espionage from Antiquity to the Cold War to contemporary whistleblower platforms like Wikileaks.

"Spying goes on in all realms of life throughout the globe," says Joachim E. Thomas, the director of the privately-run museum. He adds that the museum doesn't pass ethical judgement on the phenomenon of espionage. Visitors are allowed to make up their own minds.

On display are more than 300 objects from a camera-concealing watering can to a lipstick pistol. The exhibit also features rarity liken the British decoding device Enigma.

Monitors and touch screens provide visitors with information about intelligence gathering agencies as well as interviews with historical eyewitnesses and experts. Entry costs 18 euros. For that, would-be James Bonds get a chance to break codes, test passwords and run through a labyrinth of lasers.

As a city on the front lines of the Cold War, Berlin used to be the "capital of espionage," and the city has played that role in countless spy movies. That, say museum managers, makes it the perfect location for an exhibit of this sort.