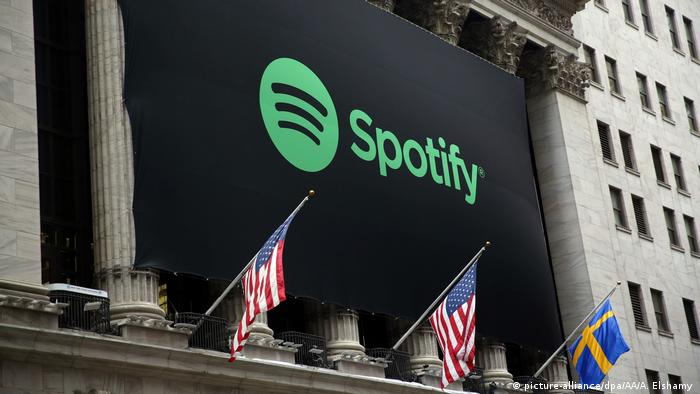 The world's most popular music streaming service, Spotify, will suspend political advertising in 2020, becoming the latest digital giant to join the fight against online disinformation.

The company said on Friday that it made the decision because it currently lacks the ability to identify and filter false information. The suspension will come into effect in early 2020, a spokesperson said.

Spotify uses a two-tier platform model with some of its 130 million users subscribing to a free version of the service, where advert breaks interrupt music streaming, while paying subscribers are not exposed to adverts.

The suspension will apply to both political advertisements as well as Spotify exclusive and original podcasts.

"At this point in time, we do not yet have the necessary level of robustness in our processes, systems and tools to responsibly validate and review this content. We will reassess this decision as we continue to evolve our capabilities," said Spotify in a statement.

It is not publicly known how much revenue the company gets from political advertising, which it has only been accepting in the US. However, the platform had been viewed by some political strategists as an important place to reach young voters ahead of the US going to the polls in late 2020.

How to stop fake news spreading?

Digital platforms have come under increasing scrutiny and pressure across the world to monitor disinformation being spread through web advertising on host sites. Singapore became the latest country to join Germany, France and Malaysia among other countries to legislate against "fake news" being spread online.

Stemming digital disinformation has become a hot topic ahead of the 2020 US elections after evidence of outside influence in several national elections around the world, including the 2016 US election. Currently, there is no specific US legislation against fake news online.

Despite this, micro-blogging site Twitter committed to banning the majority of political adverts on its site and Google announced in November it would limit "microtargeting" users with political adverts, which can be done using browser data or known political affiliation of users across its platforms including Youtube.

Social network Facebook bucked the trend and will not monitor political speech or adverts. The company says it should be up to users and the media to fact check claims made across its platform.