Doping figures for 2002 show that positive testing for banned drugs has remained constant over the past three years - a far cry from the alarming doping cases that emerged in East Germany. 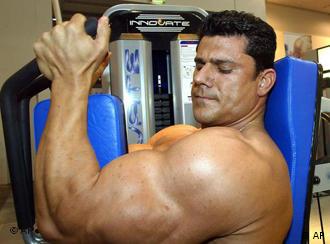 Wonder if that brawn is for real?

The Federal Institute of Sports Sciences in Bonn has released the annual report into the use of illegal performance enhancing substances in German sports. In 2002, a total of 56 positive results were recorded from tests carried out on 7,930 German athletes last year.

The number of positive tests remained consistent with previous results, which suggests that the number of identified doping incidents has reached a plateau. In 2001, 44 people tested positive for banned substances from a total of 7,831 people, while in 2000 it was 55 out of 8,255 sports people, who failed the drug tests.

The news comes as German sportswear manufacturer adidas revealed that it was donating €50,000 ($53,840) to the National Anti-Doping Agency to continue its fight to stamp out the use of banned substances in sports. This is in addition to the €5.5 million donated to the cause by the German government and the combined €1 million collected from the 16 German states.

Doping an explosive topic in Germany 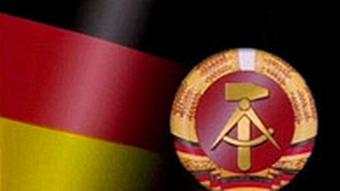 United Germany still deals with shadows of the past.

The subject of doping is a sensitive one in Germany, often conjuring up memories of the horrific scale of drug-taking by athletes in East Germany, which only came to light after the fall of the Berlin Wall in 1989.

The reunified Germany has since had to deal with the spectre of doping after details of the East Germany's doping program sent shockwaves through the world of sport. Even today, its infamous reputation for doping hasn't been totally erased from the world of German sports.

In 1974, the communist government of East Germany turned to sports as a means of cleaning up its image tarnished by widely publicized pictures of people dying in their attempts to reach the free West.

East German officials decided to turn their nation into a sporting superpower, fighting the Cold War inside sports stadiums across the globe. That shift in policy marked the beginning of an unprecedented systematic doping campaign, which involved pumping budding atletes and top sports stars with an array of performance-enhancing drugs, often without their knowledge. 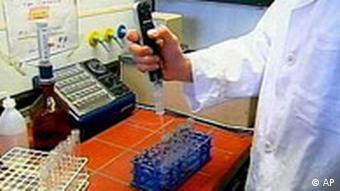 Drug testing in a laboratory.

With the goal being victory at any cost, officials began giving Oral Turinabol, a powerful performance-enhancing steroid to all competing athletes, including children as young as 10 years old, telling the athletes the little blue pills were vitamins. Elite athletes were taken to a highly secure sports institute where they were tested in laboratory-like conditions. Researchers at the institute even calculated how long it took for the steroids to pass through the athletes’ bodies, so as to ensure that the steroids could be stopped in time to test clean for competitions.

"I can remember getting 10 tables at a time, 30 a day," Carola Nitschke, the East German athlete who broke the world breaststroke record when she was 14 years old, said in an interview with ABC News in 2001. Nitschke's testimony is one among thousands that came to light once the East German program was exposed.

The doping program, called State Plan 14.25, continued until 1989. After East Germany and West Germany united in 1990, the West appointed a committee to investigate the activities of East German scientists. Research on the program, previously highly classified, were unearthed and showed that that virtually all of East German's top champions had been doped under State Plan 14.25.

However, despite overwhelming evidence, it took nearly 10 years before those responsible were brought to account. The doctors and officials who were brought to trial and prosecuted, including Manfred Ewald, the former head of the East German Gymnastics and Sports Federation, expressed regret and claimed their actions were forced upon them by East Germany's communist leaders. Their sentences were lenient; most received suspended prison terms. 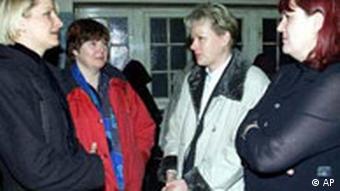 Today the Institute of Sports Sciences and the anti-doping agency work to keep German sports doping free. But unfortunately it may be too late to completely erase the dark legacy of the East German doping problem. Those athletes involved in State Plan 14.25 continue to live with the severe health problems that come with extensive steroid use -- heart and liver problems, growth defects and gynaecological problems -- and fight for compensation.

Putting The Lid On Doping

Germany is ramping up its battle against performance enhancing drugs by setting up a national anti-doping agency. Both politicians and sports organizations hope the move will eliminate the use of steroids by athletes. (15/07/02)

After being pumped with performance enhancing drugs for years on end, former East German athletes are finally being financially compensated. But they still have to live with the damaging side-effects. (17/11/01)

After being pumped with performance enhancing drugs for years on end, former East German athletes are finally being financially compensated. But they still have to live with the damaging side-effects. (17/11/01)

Russia's war on Ukraine has destroyed or disrupted countless lives, including those of many young athletes. Some are trying to get on with life as normal — to the extent this is possible — as refugees in Germany.