Special counsel Mueller has requested documents directly related to President Trump's business dealings, including those with Russia, for the first time, according to media reports. US special counsel Robert Mueller delivered a subpoena to the Trump Organization requesting material related to President Donald Trump's businesses, including any related to Russia.

The White House said the Trump administration is cooperating with the special counsel's requests. The story was first reported by The New York Times newspaper on Thursday.

The request by Mueller — who is investigating claims of Russian interference in the 2016 US presidential election as well as possible collusion between the Trump campaign and Russia — was the first to specifically target the president's business dealings.

Trump has adamantly denied any collusion with Russia as well as any business associations in the country. Trump's claim he has no real estate holdings in Russia was recently contradicted by witnesses testifying before Mueller. 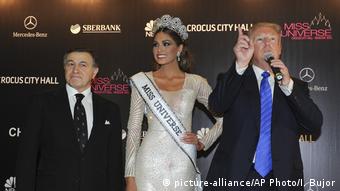 Mueller is also scrutinizing Trump's 2013 trip to Moscow to host the Miss Universe pageant and the $20 million (€16.3 million) fee he collected for doing so.

At the time, Trump claimed to have met Russian President Vladimir Putin, praising his "amazing" leadership and bragging: "I do have a relationship with him." Since then, Trump has repeatedly denied the two ever met.

Not wrapping up anytime soon

Mueller was appointed to investigate the possible role that Russia played in the 2016 US presidential election in May 2017. His appointment was made by Deputy Attorney General Rod Rosenstein after Attorney General Jeff Sessions recused himself and Trump fired then FBI Director James Comey. 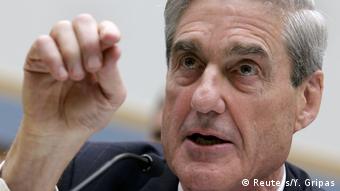 Mueller's investigation does not appear to be ending soon

Read more: What you need to know about the five inquiries looking into Donald Trump, James Comey and Russia

Last week, the Republican-led House Intelligence Committee ended its investigation into the 2016 election after it found no evidence of collusion between the Trump administration or campaign team and Russia. Trump claimed he was vindicated, but Democrats on the committee complained the decision was premature.

Trump and his lawyers have repeatedly claimed the special counsel's investigation would be wrapping up shortly. Thursday's subpoena indicates that is not likely the case.