Top Democrats have said that Sessions lied under oath when he said he knew nothing about ties between the Trump campaign and Russia. Sources close to Sessions say the attorney general forgot a relevant meeting. 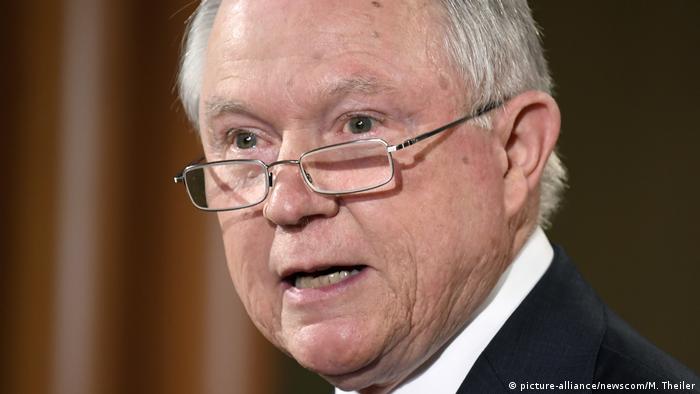 US Attorney General Jeff Sessions must testify again before Congress on the Trump campaign's dealings with Russian contacts, Senate Democrats demanded on Thursday. The call for more testimony came amidst revelations that Sessions may have committed perjury during his confirmation hearing.

Facing questioning from lawmakers after his appointment in January, Sessions was asked by Senator Al Franken of Minnesota what he would do as head of the Justice Department if any members of President Donald Trump's election campaign or White House staff were found to have ties with Russian agents.

"I'm not aware of any of those activities," said Sessions in an indirect response to Franken's question. He has since made several similar statements to Congress.

However, according to court documents unsealed this week by special counsel Robert Mueller – the chief investigator in the Russia probe – the attorney general was at a meeting in which members of the Trump campaign discussed meeting with Russian officials who claimed to have "dirt" on Democratic rival Hillary Clinton.

George Papadopoulos, a junior aide to the Trump campaign, pled guilty to making false statements to the FBI earlier in October. In the plea deal documents released by Mueller on Monday, Papadopoulos recounted a meeting in which he suggested setting up a meeting with then-candidate Trump and some Russians he knew with potentially damaging information about Clinton. 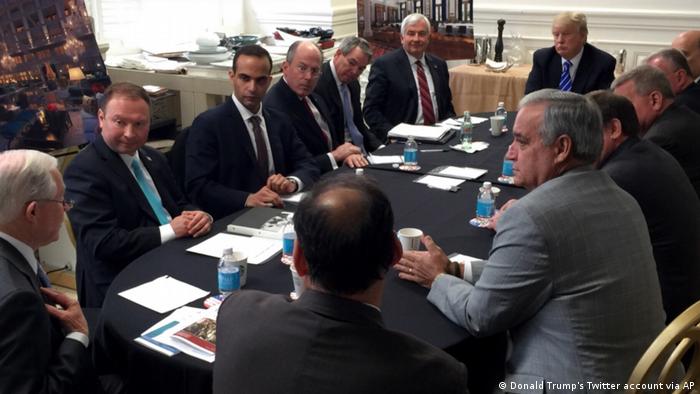 A photo from Trump's Twitter account post on March 31, 2016, shows those present at the meeting in question. Sessions is at the far left, Papadopoulos is third from left.

Papadopoulos told Mueller that not only was Sessions at the meeting on March 31, 2016, he opposed the idea that Trump sit down with Papadopoulos' contacts.

According to sources close to Sessions, the attorney general suddenly remembered this meeting on Thursday. An anonymous Sessions affiliate told NBC News that the "March 31 comments by this Papadopoulos person did not leave a lasting impression," and that the attorney general had forgotten the matter by the time of his confirmation hearing.

"Papadopoulos was some 29-year-old that nobody had ever heard of and who struck people in the room as someone who didn't have a lot of credibility," the source said.

The revelations that Sessions may have made false statements under oath riled many top Democrats, especially Franken. The Senator wrote up an eight-page letter to the attorney general, demanding answers to some 30 questions

"This is another example in an alarming pattern in which you, the nation's top law enforcement officer, apparently failed to tell the truth under oath," the senator said.

Papadopoulos' statements to Mueller may have good and bad consequences for Sessions. They suggest that the attorney general did not approve of any dealings with Russian agents. But they also suggest that the head of the Justice Department may have broken the law.

Sam Clovis, President Donald Trump's pick for the Agriculture Department's top scientist, has withdrawn after he was tied to the ongoing Russia probe. Clovis was a former Trump campaign official and chief policy adviser. (02.11.2017)

The use of a grand jury by the Special Counsel could grant investigators expansive tools in probing alleged ties between Russia and the Trump campaign. US media say Mueller has taken the first step to criminal charges. (03.08.2017)