SPD member Sigmar Gabriel has said Britons living in Germany should get EU citizenship. His words come amid growing uncertainty in the wake of Britain's decision to leave the EU. 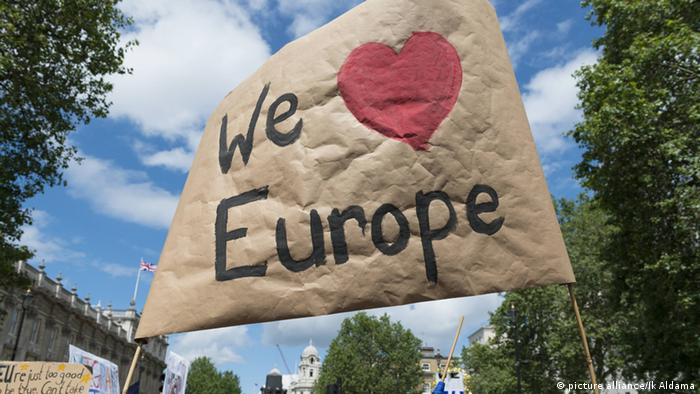 Gabriel, Germany's economy minister and also its vice-chancellor, said on Saturday that the country should give citizenship to those Britons and not "pull up the drawbridge."

Britain last week voted 52 to 48 percent to leave the EU, with the majority of people under the age of 44 voting to remain. For that reason, Gabriel stressed that Germany should give young Britons the chance to have EU citizenship.

Let's offer it to the young Brits who live in Germany, Italy or France so that they can remain EU citizens in this country," he said during a conference for the Social Democrats (SPD) in Berlin.

The Greens party has also suggested that Britons living in the country should be able to easily apply for German citizenship.

Gabriel also touted Europe as "the best place in the world for freedom, democracy and the chance of social progress."

Brexit and Britons in Mallorca

The Brexit vote has thrown the lives of 1.2 million Britons living in the European Union into uncertainty. What should they do now? (30.06.2016)

French presidential hopefuls are falling over each other in their post-Brexit assessments and how they could use the referendum to their benefit in next year's elections. Elizabeth Bryant reports from Paris. (02.07.2016)

The Brexit vote has thrown the lives of 1.2 million Britons living in the European Union into uncertainty. What should they do now? (30.06.2016)