Spanish booksellers had protested against the banning of a book. Their ploy to use Cervantes' 17th-century literary masterpiece to make it available has now been quashed, reports Santiago Saez from Madrid. 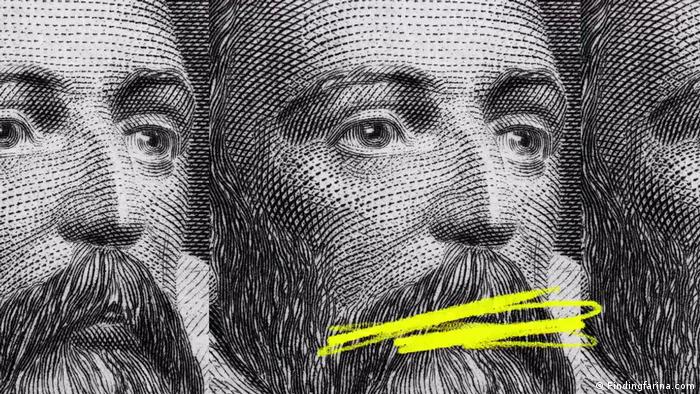 The booksellers thought the court would never dare ban "Don Quixote." But they were mistaken, and the website Finding Farina was taken down on Tuesday in compliance with a letter from Magistrates Court 7 of Collado Villalba, part of Greater Madrid.

The website contained an online tool that allowed users to read "Farina," an investigative account of drug trafficking in northwestern Spain in the 1980s and 90s that had been banned in late February. The tool did so by highlighting, one by one, each of the 80,000 words in "Farina," which it pulled from Miguel de Cervantes' 17th-century literary masterpiece. Before the tool was taken down, the site had included the statement: "Because what they will never be able to censor are your rights as a reader. Nor words. And least of all, 'Don Quixote.'"

Read more: 13 books your probably didn't know were once banned

"They haven't banned 'El Quixote;' They have just banned a tool," says Fernando Valverde, secretary of the Booksellers Guild of Madrid, the organization behind Finding Farina. "But the measure is absurd. If anyone wants to read 'Farina,' it's easy to find and download online." 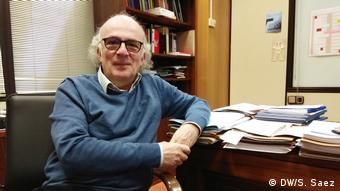 The bookseller guild doesn't have any more aces up their sleeves says, Valverde

That is the end of the story for the guild's role in the story, Valverde adds. "The court has mandated we stop any similar initiatives."

"Farina" ("flour" in Galician), by journalist Nacho Carretero, was first published in 2015. The book has gradually grown in popularity and become the basis for a TV series. The show is airing currently and leading the ratings in its Wednesday evening time slot.

In January 2016, Jose Alfredo Bea Gondar, the former mayor of O Grove, sued the author and its publisher, arguing that "Farina" slandered him. The book alleges that Bea Gondar collaborated with Colombian cartels and local mafias to smuggle cocaine into Spain. The former mayor was convicted and sentenced to four years in jail for these acts in 2001, but he was later acquitted after a key witness withdrew his deposition. Bea Gondar was then convicted in 2005 for laundering money obtained from drug trafficking. He spent three years in jail. 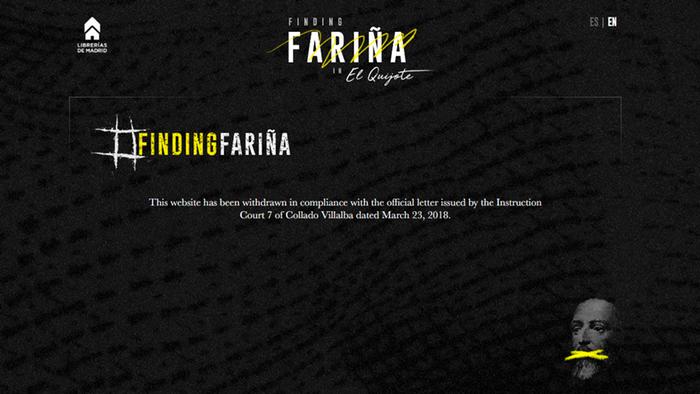 The page, which also appears in English, now explains that the court forced it to stop activities

Bea Gondar has dismissed the allegations. In an interview with Spanish newspaper El Mundo, he said he has never been involved in drug trafficking: "The only flour I've ever touched is the kind I use to cook," he said.

"If I didn't believe in God, and if I had a revolver, I would look for the guy and blow up his head. Which I would never do, but there's a moment you've just had too much," he added.

Bea Gondar is only mentioned in two lines in "Farina." It wasn't until now that his name and story have come to be known across Spain.

A judge in the Collado Villalba court ordered a ban on the sale of the book after Bea Gondar paid a €10,000 ($12,400) bond. The next day "Farina" shot to the top of the bestseller list. It became Amazon Spain's most-sold book, with 10 issues being sold per minute at the height of its popularity. Broadcaster Antena 3 brought forward the premier of the TV series. The furor carried on until February 22, when official word finally reached the publisher and bookshelves ran dry. 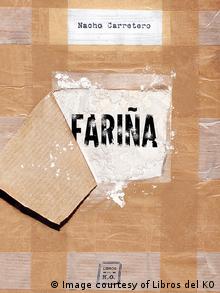 'Farina' was first published years ago

"It's true that the book sold a lot those days, but that was anecdotal and not worth it," says publisher Emilio Sanchez. "For a small publishing house like ours, having a series made from one of our books is a once-in-a-lifetime lottery. But [now] we can't sell books while it's on air. It's a publisher's worst nightmare. I would much rather have sold [books] quietly while the series was airing than in a few days of a legal craze."

Sanchez says he doesn't know how long the gag on sales will be in place.

Protection of honor before right to information

The judge had banned the book's sale by upholding Jose Alfredo Bea Gondar's claim that his honor must be protected. While such cases are not uncommon, it's extremely rare that a book is pulled from the shelves. The usual outcome when fault is found in a publication is for a court to require it be rectified or modified.

But this case could create a dangerous precedent, according to lawyer Raul Mediavilla of the firm Mediavilla Fortes. "It could open the door for any person who appears in a non-fiction work to paralyze its distribution," he says. "Spanish jurisprudence, he argues, usually puts the right to information above the protection of one's honor.

"Of course, everyone should be protected by the courts, and they should admit the case. But the measure is not effective, as the book has been sold for years. It could cause irreparable damage to the defendants," Mediavilla says.

"Farina" is the first book to be banned from sale in Spain in almost 40 years, aside from cases of plagiarism. The last one to be removed from bookstores was "The Little Red Schoolbook," by Danish educators Soren Hansen and Jesper Jensen, whose publisher ended up in jail. That was in 1980.