How North Koreans bypass media censorship | World| Breaking news and perspectives from around the globe | DW | 16.11.2017 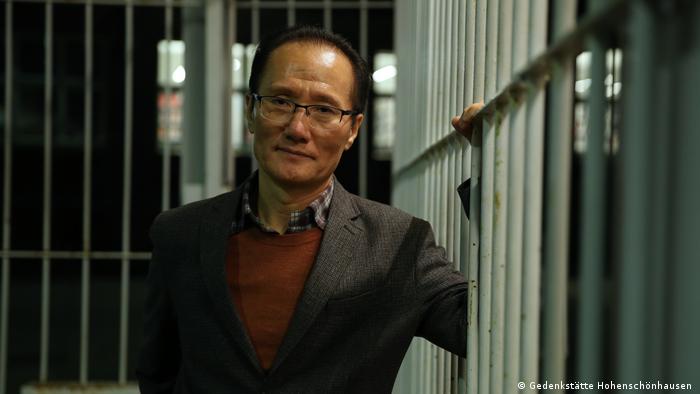 In North Korea, primetime is between 1 and 3 a.m., when it is dark outside and there is less danger of being caught.

That's when people gather around their radios, hungry for news and an alternative to state propaganda, said Kim Seung Chul (pictured above), of the Seoul-based shortwave broadcaster North Korea Reform Radio, which began in 2007.

Kim recently told delegates in Germany about his work, speaking at a site intricately linked with the history of political persecution: Berlin's Hohenschönhausen Memorial, a former Soviet secret police prison and later remand center for the East German secret police, the Stasi.

A site "with walls and fences," just like his native North Korea, 56-year-old Kim told the audience.

"We concentrate on bringing information to North Korea that might make people question the system," he said, adding that the fact people stay awake late at night to listen to their broadcasts shows how much North Koreans long for change.

Kim Seung Chul started out as a civil engineer. When he couldn't make ends meet to feed his family, he went to Russia to work as a lumberjack - like tens of thousands of North Koreans who work abroad. It makes for a tidy income for the North Korean regime, the UN estimates more than two billion dollars per year.

After two years, he fled to South Korea, where he has lived since 1994. He worked at the Institute for North Korea Studies before founding the radio station. Kim has next to no information about his family, who may well be held in one of the North's notorious work camps to pay for his flight - a painful situation.

In a country where listening to or watching foreign media is forbidden, state broadcasters reign, with anchors in traditional Korean clothes making tearful, angry or lofty announcements."Broadcasts are mainly propaganda in praise of the country's leader," said Kim Seung Chul, adding that the head of the Kim dynasty is usually depicted as a father or teacher to the people. People who live near the border to the south can receive South Korean TV, but Kim Seung Chul says the authorities are more watchful there.

From DVD to SD

At the same time, North Koreans keep on coming up with ways to access outside information. 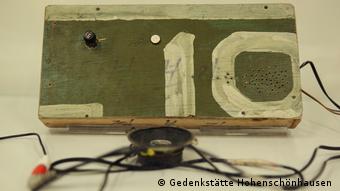 About 3.5 million North Koreans have a mobile phone, Kim said, adding that they are as closely monitored as everything else. The phones also lack Bluetooth wireless technology and the SD memory card slots are not functional.

For a while, portable DVD players were popular, but today, people prefer small data carriers that are easy to hide - like USB sticks and micro SD cards. Kim estimates there must be are about 5,000 such cards in North Korea.

Window to the world

Radio is just as important, but radio sets in North Korea are manipulated so people can't choose a channel, smuggling radios into the country is difficult, and listening to banned broadcasters is risky. Well-informed citizens are after all a great threat to the regime and its limitless power.

All the same, Kim Seung Chul estimates that about 1.5 million people listen to North Korea Reform Radio – people who won't be deterred and keep on finding ingenious new hiding places for their radios, including in their potato patches or kimchi storage pots. 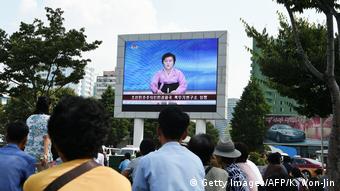 A former North Korean radio announcer told the audience in Berlin about her life as the privileged daughter of a North Korean senior official. She was brainwashed from an early age, said Kim Jung Hyun, 58.

"As long as I can remember I hated the US and was convinced the Kim Il Sung's family saved North Korea." Her job as a radio announcer was a dream come true, she said: "At last I could spread the truth. For a long time, I believed the North Korean government stood for justice."

Loyalty is drilled into North Koreans daily, and the willingness to die for their country if need be, said Kim Jung Hyun, who fled in 2008 and has lived in South Korea since 2012, where she works for North Korea Reform Radio.

Before she began to listen to and watch foreign media, she thought life in other countries was just like in North Korea. "At first I was alarmed, but then, this strange world fascinated me."

Another reason she decided to turn her back on North Korea was the death in 2006 of her highly decorated father. "He starved to death," she said, arguing the North Korean government was to blame for his death, as well as the fact that so many people try to flee the country: "They never admitted the mistakes they made."

Many people don't believe what the state media propagate any more, or that North Korea is the best place to live, according to Kim Seung Chul. The regime is still so firmly in place because of the drastic controls and criminal prosecution. "No one dares openly speak back," he said, and that keeps the leadership in place.

As more North Koreans see and hear what rights and liberties people in other countries enjoy, they will be increasingly unwilling to stay loyal to their own leadership – Kim Seung Chul is convinced of that.

He speaks from experience. Over the years, North Korean refugees have told him that the radio station's broadcasts were instrumental in their decision to flee. It is stories like these that motivate Kim Seung Chul to continue his work.