Beijing is set to send a senior Communist Party official, Song Tao, to Pyongyang with the official task of reporting on the recent Party congress. China dismissed the claims the move was linked with Donald Trump's visit. 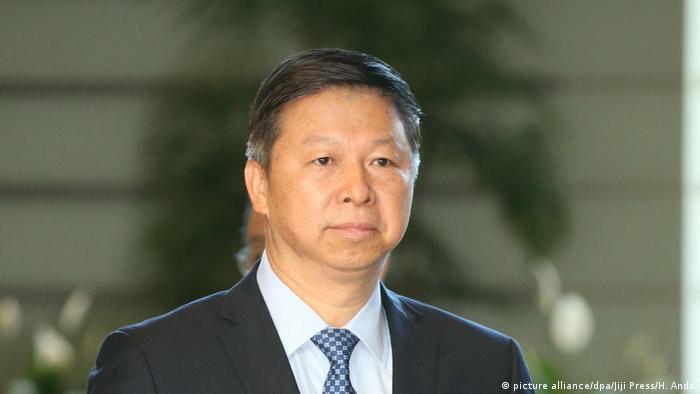 Beijing did not provide an itinerary for Song, who serves as the head the international department of China's Communist Party powerful Central Committee. However, Geng said Song's "main mission" in North Korea would be to report on the last month's party congress in China. The widely publicized event saw President Xi Jinping tighten his grip on power.

"At the same time, China and the DPRK will exchange views on relations between the two parties and the two countries, as well as on other issues of mutual concern," Geng said, referring to North Korea.

Trump remarks ruffle feathers in Asia and at home

Many have speculated that the upcoming visit might be linked with Donald Trump's recent Asia tour, which also involved stays in South Korea and China. While in Beijing, the US president pressed Xi to do more on curbing Pyongyang's nuclear ambitions, warning that "time is quickly running out, and we have to act fast."

A letter from Xi?

While Geng dismissed these speculations, he stressed that Beijing was "committed to the denuclearization of the (Korean) peninsula, safeguarding peace and stability," as well resolving the existing tensions "through dialogue and consultation."

Song has already traveled to Laos and Vietnam to report on the last month's congress.

While China remains the closest ally of the isolated Pyongyang regime, the ties between the two countries have turned sour in recent years. As North Korea continues to improve its nuclear arsenal, China has backed sanctions in the UN and imposed restrictions on trade.

Xi and the Korean leader Kim Jong Un have not met since taking office in their respective countries. Beijing, however, dispatched a high-ranking official in 2015 to pass Kim a letter from the Chinese president. Experts believe a similar move is likely during Song's visit.

"The worst crime for which he can never be pardoned is that he dared (to) malignantly hurt the dignity of the supreme leadership," the editorial said.

"He should know that he is just a hideous criminal sentenced to death by the Korean people."

The media and state officials in the isolated country praise their leaders with near-religious fervor.