Article 155 of the Spanish constitution would allow the government in Madrid to intervene in the running of Catalonia. It's an extreme measure for exceptional situations that has never been invoked before. 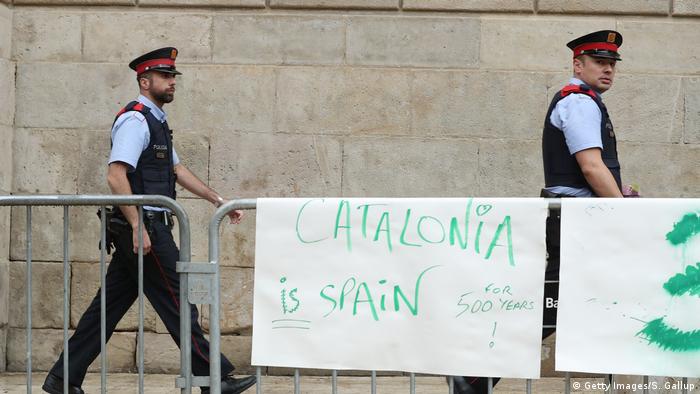 Article 155 is the most extreme measure available to Spain's government, allowing it to take over the running of an autonomous region, should it declare independence. That could be invoked as soon as Saturday.

In political circles, the article is known as "the nuclear option." Former Foreign Secretary Jose Manuel Garcia described it as "an atomic bomb."

The article allows "all measures necessary to compel the community to meet said obligations, or to protect the above-mentioned general interest." 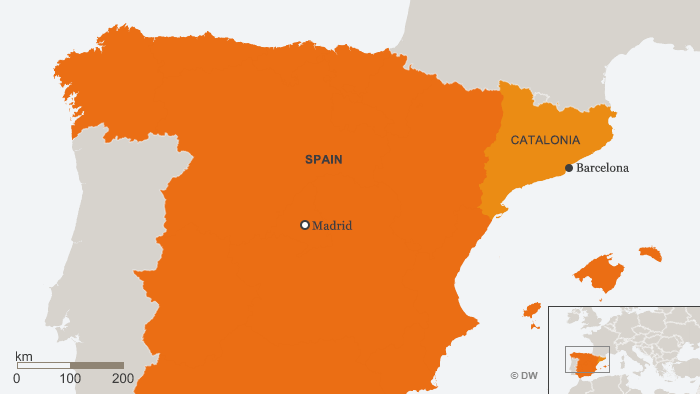 Catalonia is a region in north east Spain

Separatist lawmakers are mulling a unilateral declaration of independence, claiming that they have a mandate from some 90 percent of the Catalan population.

The federal government, meanwhile, remains steadfast in its insistence that the constitution, which describes the nation as "indivisible," be respected.

King Felipe has hinted that he might support putting Article 155 into effect. "It is the purpose of the legitimate powers of the state to make sure that constitutional order is abided by," he said after the independence referendum.

Spain has already shown a willingness to intervene in Catalan affairs. The federal government imposed controls on the region's finances in September.

Spanish Prime Minister Mariano Rajoy has warned Catalan separatists not to "force us to go where we don't want to go." 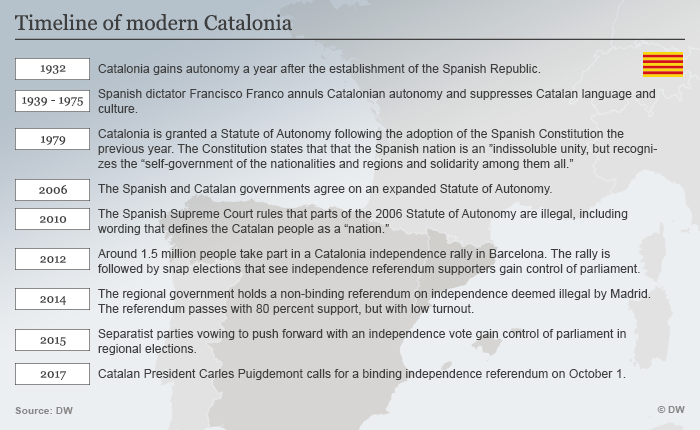 Catalonia timeline from 1932 to the October referendum date

To invoke Article 155, the central government would have to notify Catalan leader Carles Puigdemont that he must comply with any laws or duties in which his efforts are declared deficient.

Puigdemont would then have to reject that. The central government would then have to lay out the "necessary measures" it sees fit to use and take this to the Senate, the upper chamber of parliament which represents the regions, in order to earn its majority approval. The Popular Party has a comfortable majority there.

Putting the article into effect might inspire solidarity for Catalonia in other breakaway regions, such as the Basque Country.

"Pressing the button of 155 could open Indiana Jones' Ark of the Covenant," a Catalan official told the newspaper La Vanguardia back in July. "It's dangerously unpredictable."