Smokers in Spain have been banned from lighting up in bars and cafes as the country introduces a tough new anti-smoking legislation. The move has been criticized by hospitality industry representatives. 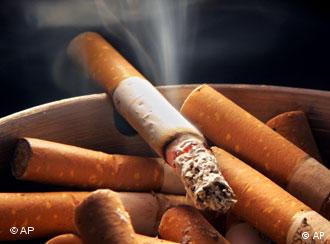 Previous rules allowed bar owners to decide on any ban

Smokers in Spain are no longer allowed to light up a cigarette in bars and cafes after new anti-smoking legislation came into effect on Sunday, January 2.

The new law replaces one of Europe's most relaxed anti-smoking legislation with one of the strictest. 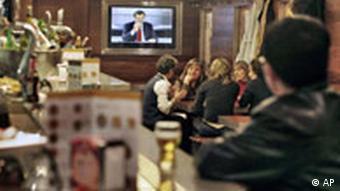 There are fears the ban could hit Spain's bars hard

The measures completely prohibit smoking in enclosed public spaces such as bars, cafes and restaurants, as well as outdoor areas such as children's playgrounds and hospital grounds.

Spain introduced anti-smoking legislation in January 2006, but this gave many bar owners the opportunity to decide whether to allow smoking or not.

Spanish Health Minister Leire Pajin has claimed that the strengthening of the anti-tobacco law is "a decisive step in the defense of the health of the Spanish people."

She said that restaurants and bars could actually benefit, attracting more custom from non-smokers, especially families. The minister, however, also admitted that it would "demand changes" and that "habits cannot be changed in a day."

Fears that ban will hit takings

The ban has been criticized by representatives of the Spanish hospitality industry who fear that it could spell the end for many cafes and bars. 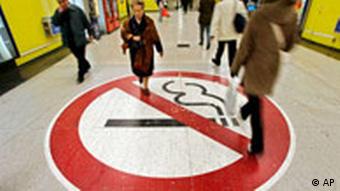 The Spanish Hotel and Catering Association (FEHR) has claimed that sales could drop by as much as 10 percent in bars already struggling with the effects of an economic crisis.

Vice president of the association Jose Luis Guerra said the government had "imposed a total ban without regard to the figures that we have presented, or without an objective and rigorous study."

Individual states within Germany have been left to decide on their own specific no-smoking laws, allowing widespread exemptions, after a national ban came into effect in July 2008.

Greece cracks down on smokers

Greek smokers will be forced to curb their habit as Athens tries to enforce a blanket ban on smoking in public places as of September 1. Yet restaurant owners have vowed to resist. (01.09.2010)

Voters in the southern German state of Bavaria on Sunday voted for Germany's strongest smoking ban, meaning lighting up in bars, restaurants and beer tents at Munich's famous Oktoberfest will be "verboten." (04.07.2010)

Sitting in a cafe in France is part of every tourist cliche. But with locals doing that less and less and the number of cafes dwindling at a rapid pace, is French cafe culture in danger of dying out? (14.08.2009)