Three people have been arrested in one of Spain's largest drug busts this year. Investigators said the gang's tugboat could traverse the Mediterranean in bad weather to transport the hashish. 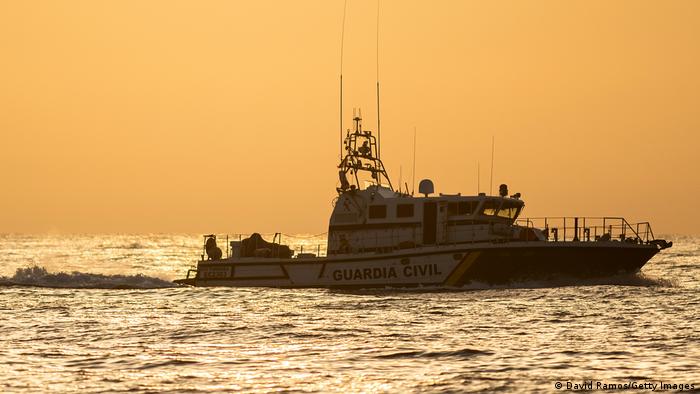 Spanish police said Sunday they had seized more than seven tons of hashish in one of their biggest drug busts so far this year.

Three people were arrested during an operation last month that intercepted a drug haul of 200 packets of hash.

"This is one of the biggest operations against drugs [gangs] this year, with more than seven tons of hashish seized..." the Civil Guard said in a statement.

Investigators said the gang had used a tug boat that can carry large amounts of narcotics across the Mediterranean to Spain, particularly when weather conditions are less than ideal.

The gang had apparently set up a front business in the southern Spanish town of Huelva and used it to run their operations.

Spain: A city and a drug smugglers' haven

Authorities said they had been tracking the gang for more than a year, with help of maritime intelligence officials based in Galicia and the Canary Islands, along with Dutch and French police.

The vessel, named Felsted, had previously been used previously to transport drugs to other European countries.

Spain has had major successes against drug gangs in recent months.

In March, police announced they had captured a homemade submarine that was being used to transport up to 2 metric tons (2.2 tons) of drugs.

The 9-meter-long (30-foot) vessel was found in a shipyard in Malaga, on the country's southern coast, following an international operation including five other countries and the European Union police agency, Europol.

The gang then moved the drugs inland using Spain's Guadalquivir River before transferring them to fruit trucks to supply dealers across Europe.

With material from Reuters.

Correction May 3, 2021: The original version of this article incorrectly stated that the operation occurred on the "British Overseas Territory of Gibraltar." This error has been corrected.