Southern Spain: The European drugs gateway | Europe | News and current affairs from around the continent | DW | 22.11.2019 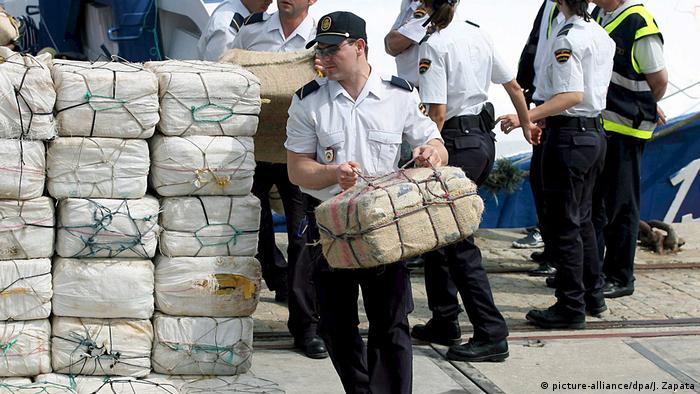 All over the world, the illegal drugs trade is increasing, as is the number of organized criminal gangs involved in the production, dealing and sale of drugs. Demand for them is insatiable, as is these criminal groups' desire to conquer new markets.

The bleak picture we see in Mexico seems very remote from most European countries, with their more stable democratic institutions. But the truth is that the cancer of organized crime and illegal drugs has already established itself in Europe's major seaports. Most European countries are not operationally prepared to confront the problem, nor do they have the legal framework for doing so. Unless this changes, a country could end up being destroyed, as has already happened in Mexico.

This is the first of three articles in which I will look in more detail at the problems and vulnerabilities of ports in Spain, the Netherlands and Germany. This is where the bulk of the cocaine, hashish and chemicals for manufacturing methamphetamine make their way into Europe.

The Institute for Public Security of Catalonia (ISPC), a research center at the University of Barcelona, invited me to give a talk about the situation in Mexico, focusing on corruption and the power of the drug cartels. Speaking to the assembled experts there, I learned first-hand about the complex problems Spain and the Netherlands face in dealing with this threat.

Judge Antonio Vazquez Tain is often described as "the Galician Baltasar Garzon,” a reference to the fearless Madrid investigating judge who is one of the best-known lawyers in Europe. Vazquez Tain began his fight against criminal organizations and the drug trade in the administrative district Campo de Gibraltar, at the southern tip of Spain, in the 1990s. He found himself dealing not only with criminal gangs but also with a culture of illegality that was deeply rooted in society and extended into state institutions.

Vazquez Tain says it was only when organized crime reached an "intolerable level of violence" that it drew a reaction from the authorities.

In the Campo de Gibraltar district in Andalusia, the southernmost part of the Iberian peninsula, drugs mafias are active in four of its seven municipalities: Algeciras, Los Barrios, La Línea de Concepcion, and San Roque. Vazquez Tain explains that while the area is very rich in natural and cultural resources, a number of economic, social and geographical factors have made it easier for the drug trade to establish itself in this area. One reason is its proximity — less than 20 kilometers (12.4 miles) — to the kingdom of Morocco, the world's leading exporter of hashish. Growing cannabis is officially forbidden in Morocco, but in reality, it is tolerated, as thousands of families live from the production of the drug.

"Spain is the world number one in impounding hashish. We confiscate almost 50% of all the hashish seized worldwide," says Vazquez Taín. "Campo de Gibraltar is still the main entry point to the European continent for this drug."

Another reason is that Algeciras, one of Europe's most important trading ports according to the number of containers and the amount of goods handled, is located in Campo de Gibraltar.

"Algeciras is, above all, a port of transit. A great many shipping lines use this port to unload containers which are then loaded up again onto other ships and sent around the world. Many of these routes that include a stop in Algeciras originate in countries where cocaine is produced. For this reason, the role of cocaine is becoming increasingly important in Campo de Gibraltar, alongside hashish," says Vazquez Tain. 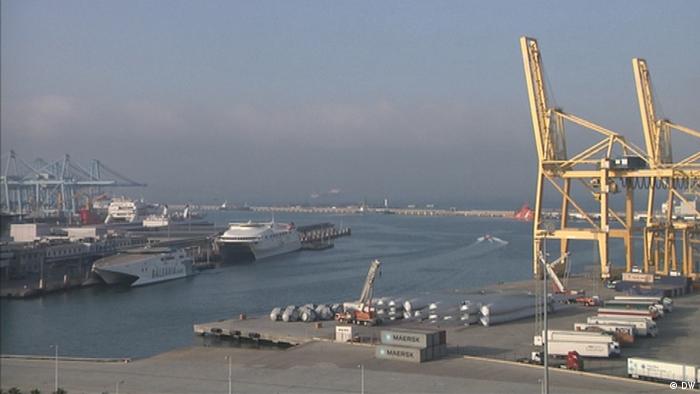 The Spanish judge quotes the latest Europol report, according to which the ports of Algeciras, along with the ports of Valencia, Barcelona (both Spain), Rotterdam (Netherlands) and Antwerp (Belgium) are the most important entry points for cocaine into Europe. The connection between the port of Rotterdam and Germany via the Rhine also explains the growing cocaine market in Germany.

Vazquez Tain says a third factor is criminality in the municipality of Linea de la Concepcion, which has a high unemployment rate and is immediately adjacent to the British enclave of Gibraltar.

The judge comments that Gibraltar is an important base for money laundering and criminal activity. "The enclave offers very beneficial tax legislation that favors the establishment of offshore companies and gives considerable tax advantages," says Vazquez Tain. Although Gibraltar is not classified by either the OECD or the European Union as a tax haven, the judge comments that the authorities' cooperation in the area of money laundering and fighting organized crime has been scant.

Is Algeciras just the beginning?

"The local drug dealers live in luxurious residences; they own warehouses and docks. The authorities can't easily access private property like this," the Spanish judge says. The situation he's describing is strikingly similar to the one in Mexico.

The speedboats bringing hashish from Morocco to the mainland do so even during the day, right in front of the local people, fostering a dangerous climate of impunity. Many young people are fascinated by the world of illegality and the mythology that surrounds it: They get tattoos of speedboats or the Colombian drug dealer Pablo Escobar. 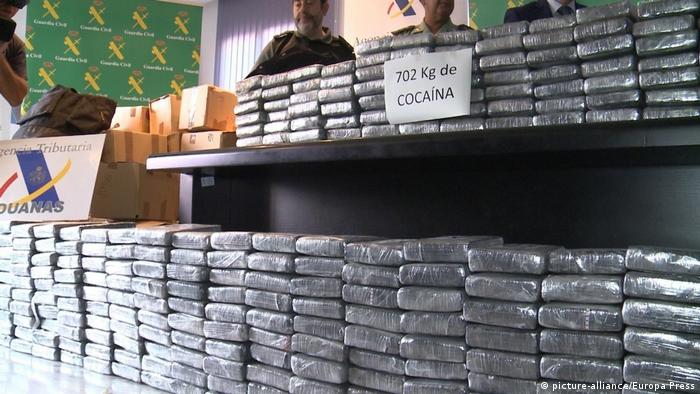 The criminal organizations active in Campo de Gibraltar are flexible in their approach, Vazquez Tain says: "They're not hierarchically fixed structures, so they're quite different to the terrorist commandos of the 1980s." This diagnosis corresponds to the modus operandi of Mexico's Sinaloa cartel. Flexibility in assembling individual "work groups" and the unpredictability of its operations are two of the most important aspects of the organization's success.

In 2018, violence and the fight against the drugs mafia reached a peak in Spain. A 20-strong armed commando stormed a hospital to free an injured drug trafficker. This, and the death of a young man who was run over by a speedboat in the sea, marked a temporary end to the spiral of violence.

Many observers have described it as a "Mexicanization” of the region, but in April 2018 the police scored a spectacular success. Spanish officers secured 8.7 tonnes (9.6 US tons) of cocaine that had arrived in Algeciras from Colombia in a container of bananas. It was the biggest drugs haul ever confiscated in Europe. The battle the Spanish authorities are fighting in Campo de Gibraltar is an immensely significant one — not just for Spain, but for the future of Europe.

Investigative journalist and author Anabel Hernandez has been covering Mexican drug cartels and corruption for many years. After receiving death threats, she was forced to leave Mexico and now lives in Europe. Hernandez won the 2019 DW Freedom of Speech Award at the Global Media Forum in Bonn for her work.