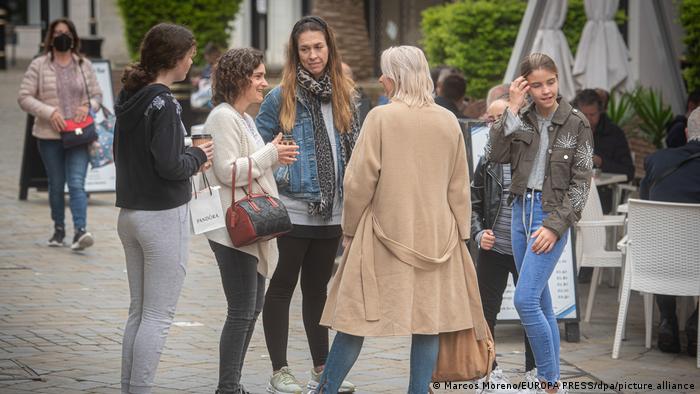 In Gibraltar, masks are no longer required outside

Gibraltar's Health Minister Samantha Sacramento is still adapting to the area's new normal. Wearing masks in public is no longer compulsory, apart from on public transport.

"You feel like you're forgetting something, or doing something wrong," she told DW. "I think psychologically, we've got some catching up to do." 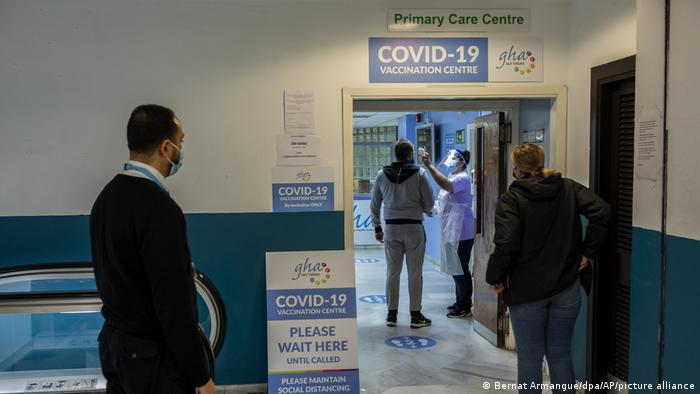 The vaccine rollout has been swift and efficient in Gibraltar

Curfews have also been scrapped. Bars and restaurants are allowed to open until 2 am, as they were before the outbreak. Locals have expressed relief at the easing of restrictions. "Hopefully we can soon resume living as before," one waiter told a Spanish broadcaster.

Many other parts of Europe, meanwhile, are seeing a renewed spike in coronavirus infections. Restrictions on everyday life have therefore been kept in place, or reimposed.

Gibraltar — a British Overseas Territory located on the southern tip of Spain — is edging back to pre-pandemic normality, thanks to its well-organized vaccination drive, according to Sacramento. Almost all 34,000 Gibraltar residents have been inoculated, along with most of the 10,000 Spanish commuters who work in Gibraltar.

"I am delighted to be able to say that Gibraltar became the first nation in the world to complete its entire adult vaccination program," said British Health Minister Matt Hancock last week. 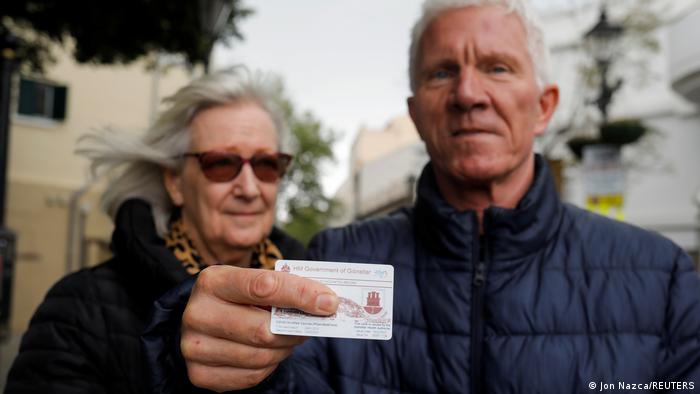 It certainly boasts the speediest vaccination campaign in Europe. Gibraltar's small geographical size has helped. It has also helped that Britain supplied sufficient vaccine doses so that Gibraltar has never faced shortages.

Samantha Sacramento says there is a great sense of appreciation for these positive developments. It hasn't been plain sailing all the way. When new coronavirus mutations began spreading late last year, the peninsula recorded its first pandemic-related deaths. A total of 94 individuals have so far died from or in connection with the virus — a considerable death toll in relation to the overall population size.

For now, there are no more patients in St Bernard's Hospital COVID-19 ward. "We have not recorded any cases in the past few days," says Sacramento. "That's an incredibly good sign."

Across the border in Spain's Andalusia region, the picture is entirely different. Here, infections are on the rise again. Local hospitals are seeing a growing number of virus-related admissions.

Lourdes Gamiz, a 63-year-old pensioner living near the Andalusian city of Granada, is happy for the people of Gibraltar. She says it gives her hope. But she admits she is a little jealous of their freedom. Gamiz moved out into the countryside several months ago with her husband to reduce the risk of infection.

While many Spanish shops and restaurants remain open, provided they meet certain conditions and observe a curfew, mask-wearing is still obligatory. Spanish lawmakers have now decided that masks must even be worn on the beach.

Gamiz is fed up. She says she misses the carefree atmosphere of pre-pandemic times.´She also misses socializing. "Being able to just go out with whoever you like, meet your family, or friends…being close to people; Spanish and Andalusian people especially are very sociable," she says.

She's desperately awaiting her turn to get vaccinated. But it could take some time. So far, only Spaniards over the age 80, health care workers and teachers have been fully vaccinated. Only 6% of the population is immunized so far. Vaccine shortages, priority lists and red tape have slowed down the rollout in Spain, as elsewhere in the EU. 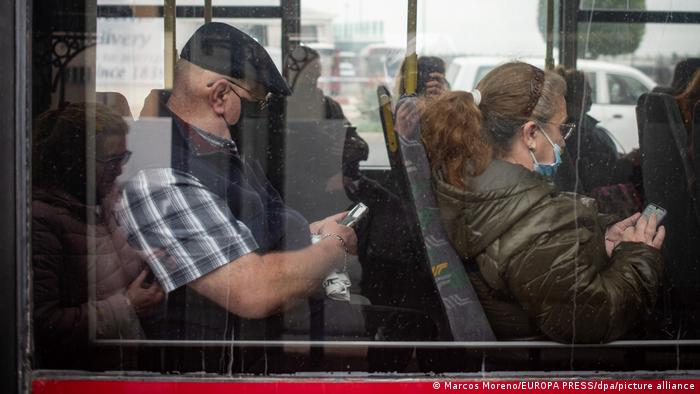 Gamiz doubts that 70% of Spanish people will be vaccinated by late summer, as the government promised when the immunization campaign got underway. She says two of her friends have received jabs. She doesn't expect things to return to normal before next year.

Gibraltar has already staged its first public event, a boxing match, attended by 500 fully vaccinated people, who had to take a test beforehand. Authorities are remaining vigilant and assessing the situation week by week.