The World Health Organization has warned that Europe's COVID surge is "more worrying than it has been in months. It also said the European Union's vaccine rollout had been "unacceptably slow." 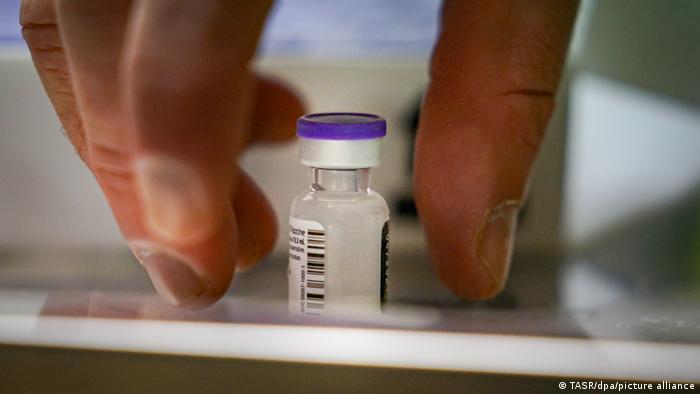 Europe needs to get a grip on the coronavirus pandemic and vaccine rollout, the WHO warned

WHO experts on Thursday criticized the sluggish pace of Europe's vaccine rollout and said a surge in coronavirus infections was "worrying."

The organization also warned that the virus' rapid spread at present could increase the risk of new, concerning variants  developing in the region.

Calls to speed up vaccine campaigns

The WHO's director for Europe, Hans Kluge, said the slow vaccination program in Europe was "prolonging the pandemic."

"Vaccines present our best way out of this pandemic... However, the rollout of these vaccines is unacceptably slow" Kluge said in a statement.

"We must speed up the process by ramping up manufacturing, reducing barriers to administering vaccines, and using every single vial we have in stock, now," he added.

He also said that Europe's virus situation was "more worrying than we have seen in several months."

The weekly number of new cases in Europe had dipped to under one million just over a month ago, the WHO said.

"Last week saw increasing transmission of COVID-19 in the majority of countries in the WHO European region, with 1.6 million new cases," the WHO's Europe branch said.

The high number of cases across the region has increased fears that a new, more vaccine-resistant variant might emerge.

The WHO's European region goes far beyond the EU, comprising 53 countries and territories that include Russia and several Central Asian nations.

"The likelihood of new variants of concern occurring increases with the rate at which the virus is replicating and spreading, so curbing transmission through basic disease control actions is crucial," WHO Europe's regional emergency director, Dorit Nitzan, said in the statement.