A ship operated by a Spanish NGO will be allowed to dock in Barcelona after rescuing 59 migrants in the Mediterranean Sea. The NGO drew ire from Italy's interior minister who refused port access to the ship. 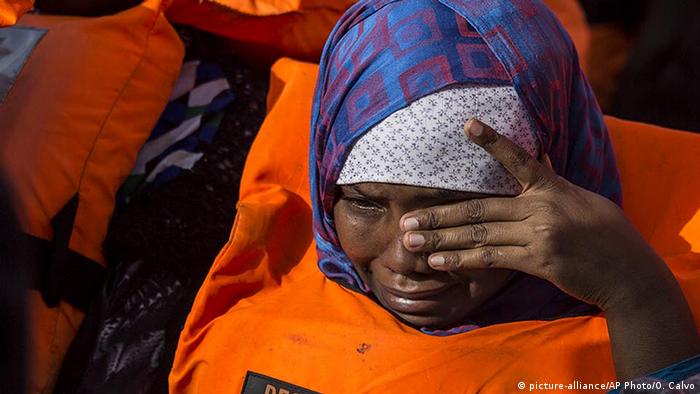 After Malta and Italy refused access to a Spanish NGO rescue ship, Spain agreed late on Saturday to let the ship dock in Barcelona.

The Open Arms, a ship operated by Proactiva Open Arms NGO, rescued 59 migrants earlier in the day as they tried to cross the Mediterranean Sea from Libya.

The NGO said the Open Arms and its companion ship the Astral will need several days to reach Barcelona but should arrive on Wednesday.

Blocked by Italy and Malta

After Proactivia Open Arms shared the news of rescue on Twitter and said they were "heading for a safe port," Italy's hardline Interior Minister Matteo Salvini denied access to the ship.

Salvini wrote in a Facebook post that the Open Arms "can forget about arriving in an Italian port" and claimed it should go to Malta.

The claim prompted a retort from Malta's interior minister, who said that the migrants were picked up between Libya and Italy's Lampedusa.

The back and forth over the ship comes on the heels of an EU summit where member states struck a controversial deal to limit the arrival of migrants in Europe — which have fallen from 2017 levels. 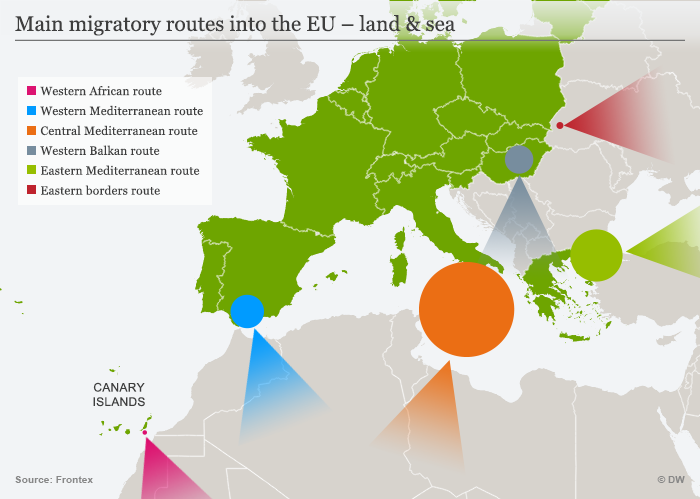 The news agency reported that the migrants were found in three boats in the Strait of Gibraltar, whose narrowest point is about 14 kilometers (9 miles) wide, and the shortest distance from Africa to Europe in the western Mediterranean.

The route along the Strait of Gibraltar to Spain has overtaken arrivals from North Africa to Italy as Rome has tightened policies on migration.

According to the latest United Nations Refugee Agency (UNHCR) figures, 17,781 migrants have made it to southern Spain so far this year, more than arrivals by boat to Italy (16,452) or Greece (13,120).

The UNHCR estimates that 1,137 migrants have died in the Mediterranean so far this year. The figure does not include the 100 migrants who were reported missing on Friday off the coast of Libya and who are feared dead.