South Sudan's 10 years as an independent country have been marked by pervasive insecurity, a catastrophic humanitarian crisis and endemic corruption. 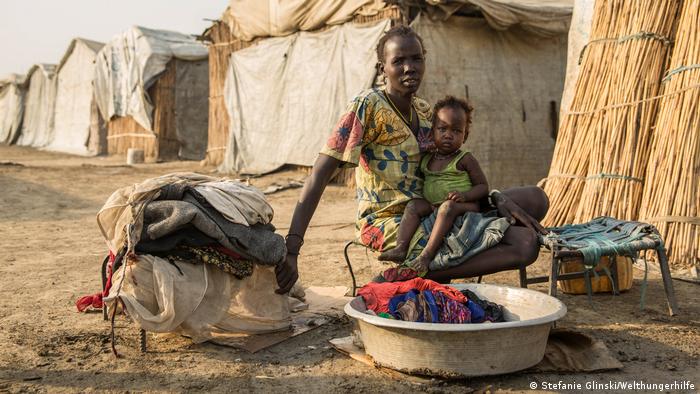 South Sudan split from Sudan in 2011

The euphoria following South Sudan's independence from Sudan on July 9, 2011 was short-lived.

Less than a year and a half later, the resource-rich country was plunged into a brutal civil war, at a cost of almost 400,000 lives.

Today, South Sudan is one of the world's poorest countries with 8 million people, or two thirds of the population, dependent on humanitarian aid.

The United Nations Children Fund (UNICEF) warned earlier this week that South Sudan is suffering its worst humanitarian crisis yet. Some 300,000 children under the age of five alone are at risk of starvation, the agency said in a report published ahead of South Sudan's tenth anniversary.

In the report, UNICEF emphasized that peoples' lives are severely affected by weak state structures, extreme poverty, social and economic crises, the consequences of climate change, and the COVID-19 pandemic.

"Genocidal violence against civilians of various ethnic groups" is one of the major issues besetting the UN's youngest member state, said Pinaud, an assistant professor at the Hamilton Lugar School of Global and International Studies at Indiana University.

As Pinaud sees it, during South Sudan's fight for independence from Sudan, a mentality of entitlement grew among the Dinka, South Sudan's dominant ethnic group. This has turned into something akin to a belief in ethnic supremacy, she said.

Salva Kiir, who has been president since independence, is a Dinka. 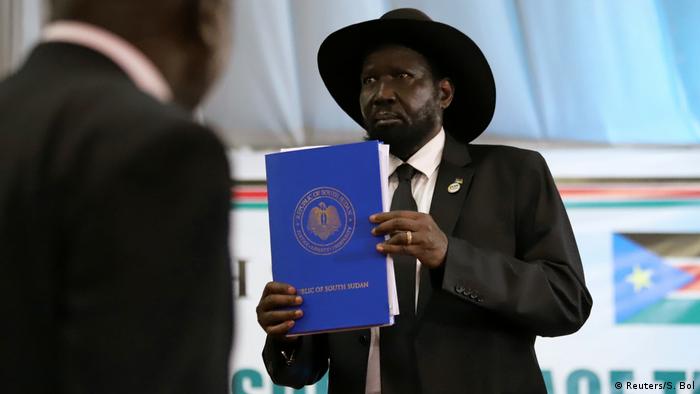 Despite agreements with militias, President Salva Kiir has failed to quell violence

In 2013, Kiir first dismissed Vice-President Riek Machar from the country's second-largest ethnic group, the Nuer. Kiir accused Machar of plotting to overthrow him even though the two had been on the same side in the push for independence from Sudan.

Machar's firing marked the country's descent into one of the most brutal civil war's of modern times, marked by massacres, rapes and the recruitment of child soldiers.

The civil war raged on and off until 2018, when the latest fragile peace deal was signed between the rivals.

While a coalition government was finally formed in February 2020, local conflicts continue to flare. More than 1,000 people were killed in violence between rival communities in the second half of 2020.

A report by the UN Commission on Human Rights in South Sudan, released in February 2021, found "an intensification in attacks against the civilian population by armed groups and militias organized and mobilized along ethnic lines, often with the support of armed state and opposition forces."

The armed forces are also divided along ethnic lines and more often loyal to specific politicians than to the state.

Observers accuse both Kiir and Machar of playing a "waiting game" by delaying the full implementation of the peace accord and blocking the establishment of accountability mechanisms, including a war crimes court in partnership with the African Union.

"This is a government that works by terrifying civilians and by cajoling and co-opting opposition figures," analyst Pinaud says. "It's very difficult for people who oppose the government to stay in opposition because it implies that you will have to refuse a government appointment or order."

Gone are the days when South Sudanese joyfully celebrated their independence

Some experts see little hope for the country as long as the current politicians remain in power.

"You should give room to a new crop of leaders who'll reflect with a new mindset the reality and the diversities of a post-conflict South Sudan," Andrews Atta-Asamoah, Senior Researcher at the South African Institute for Security Studies (ISS), told DW. "That is what they really need at the moment."

As well as the persistent violence, the country is also beset by endemic government corruption.

The UN Commission on Human Rights in South Sudan found in a 2020 report that government officials "are implicated in the pillaging of public funds as well as money laundering, bribery and tax evasion."

"Over time, corruption has been so lucrative that it has infected every sector of the economy and every state institution," the report said.

This, in turn, is fueling human rights abuses and is a major driver of South Sudan's ethnic conflict, according to the report. 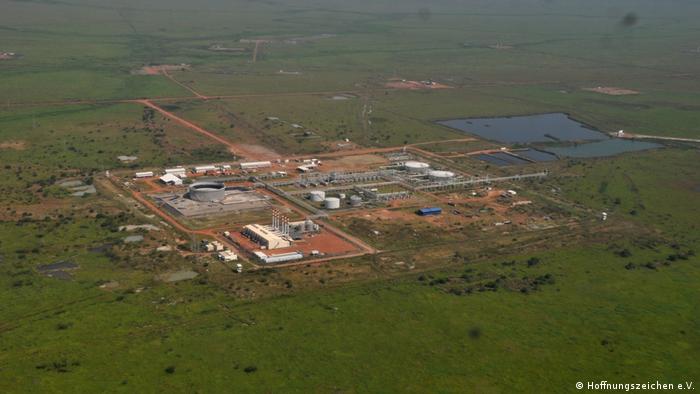 South Sudan is rich in resources like oil, but the wealth isn't reaching the people

Despite the country's massive problems, it is failing to garner much international attention.

For conflict analyst Atta-Asamoah, this is because the international community has become weary of South Sudan lurching from one crisis to another.

Despite this, he is loath to give up hope on the situation eventually improving. He considers himself to be "somewhere between optimism and pessimism" concerning South Sudan's future.

External pressure is important, he said, but at the end of the day, "the onus is on the domestic actors in South Sudan to make sure that they sustain progress and work towards adding to it."

Despite its role as peace broker in neighboring South Sudan, Uganda has been among the clandestine suppliers of weapons that originate in the EU, US and China to both sides of the bloody civil war, a new report shows.

Juba is keen to see the black gold pumping as South Sudan emerges out of a civil war that caused close on 400,000 deaths. DW asked Sudan expert Alex de Waal who stands to gain from expanded oil production.