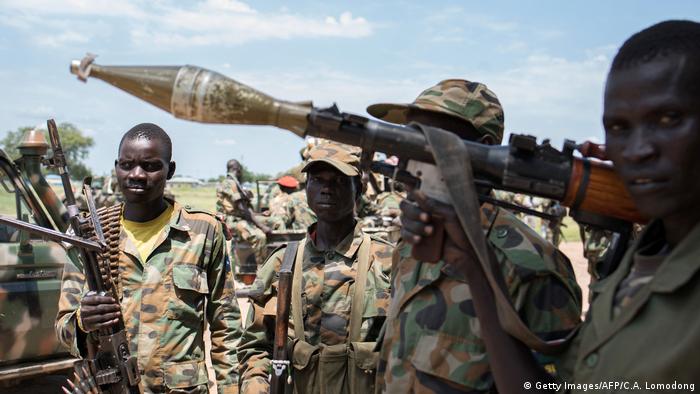 Ten "yes” votes and five abstentions. That was the result of the UN Security Council's vote on whether to extend sanctions on South Sudan. The resolution, which extends the current embargo until May 31, 2020, was put forward by the US. South Africa, Ivory Coast, Equatorial Guinea, Russia and China withheld their votes.

The sanctions include a ban on arms and trade in military technology, asset freezes and travel bans on eight individuals from within the government and militia groups who are reported to be destabilizing the country.

The US representative to the UN, Jonathan Cohen, decried the slow pace of restoration of permanent peace in South Sudan and the delay in implementing the peace agreement that President Salva Kiir and his arch rival Riek Machar signed in neighboring Sudan last year.

"It cannot be denied some initial progress towards peace took place immediately following this Council's action on sanctions ten months ago," Cohen said. "We count on the region to maintain pressure on the parties to implement the peace agreement and uphold the UN's arms embargo."

The peace deal signed in September 2018 had initially given the international community hope of a strengthened peace effort. But the two leaders have failed to make progress, with Machar's party requesting a six-month extension of the peace process. Machar was due to return to Juba from exile as Kiir's deputyon May 12,  but cited security concerns as a reason for the delay. 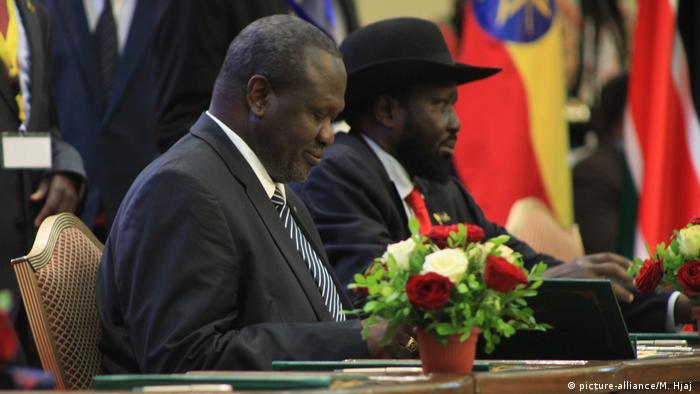 The renewal comes shortly after a visit to neighboring Kenya, where President Kiir admitted that fresh fighting had flared up over the leadership of the country. "We are fighting now. And what are we fighting for? Power... that I want to become the president.... And the result is that innocent lives have been lost," he said.

The fighting pits Kiir's troops against fighters loyal to General Thomas Cirillo, a rebel leader who refused to sign the new peace agreement in Khartoum at the end of last year.

Speaking from an undisclosed location southwest of the capital Juba, Cirillo provided his version of events.

"We are under attack and we are sustaining casualties. The government is shelling all the villages and some of our people are crossing the border to [the Democratic Republic of] Congo. We are using every means to defend ourselves," he said. 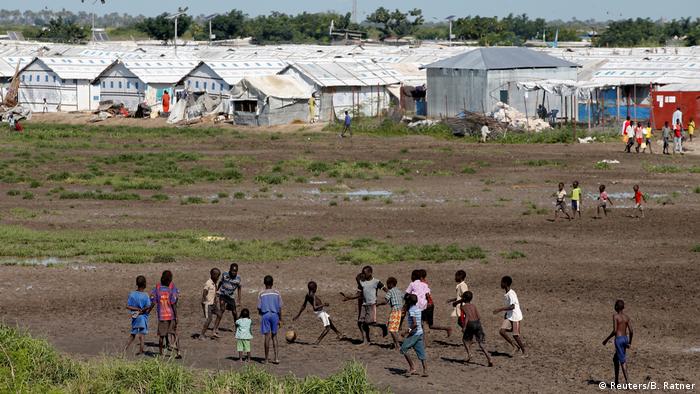 An estimated 3.8 million South Sudanese have been displaced by the conflict

Reacting to the extension of sanctions, South Sudan's Information Minister Michael Makuei voiced his dismay over the decision.

"There are people who do not want peace in South Sudan... All this is done in order to weaken the government so that it can be overthrown by the opposition," he said.

On the latest fighting, he said, "What do you want? You want us to surrender? Hand over the government to the rebels. Despite all these threats, we will continue to negotiate in good faith so that we bring a lasting peace."

Divisions over the embargo

Ahead of the vote in the UN Security Council, civil society organizations had called for the extension of the sanctions. Sixteen organizations, including Human Rights Watch and Amnesty International, as well as regional groups, signed a letter petitioning the member states.

"Both government and opposition forces have been implicated in serious violations of international humanitarian law, crimes against humanity, and war crimes, including the targeted killing of civilians, rape and other forms of sexual violence, as well as conscription of children," the statement read.

The organizations pointed out that these violations were directly linked to the government and the opposition's ability "to access arms, military training, and technical assistance." 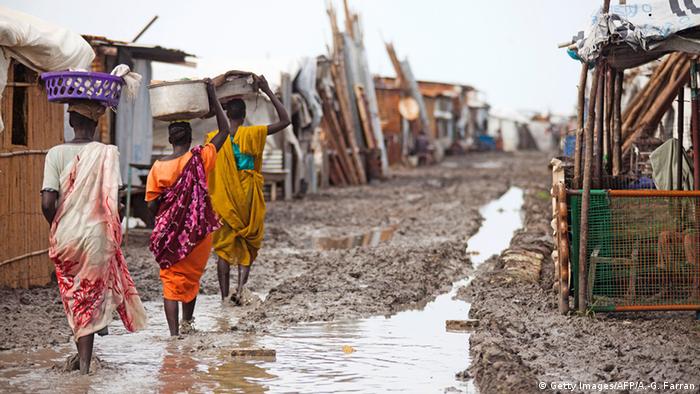 What stood out in the final show of hands was that the African members of the UN Security Council withheld their votes.

South Africa's permanent representative to the UN, Jerry Matthews Matjila, argued that the embargo would not change the current situation in South Sudan.

Russia, on the other hand, argued that that the situation in South Sudan was slowly stabilizing and that regional organizations such as the Intergovernmental Authority on Development (IGAD), as well as neighboring Uganda, Ethiopia and Sudan, had been working on bringing the rival parties together.

The arms embargo, Russia argued, had had little effect on the conflict. "We do not share the view that this progress in the South Sudanese settlement was helped by the strengthening last July of sanctions pressure and the introduction of an arms embargo," Dmitry Polyanskiy, Russia's deputy ambassador to the UN, said.

A recent report by the non-profit research organization International Crisis Group (ICG) highlighted that the main obstacles to the peace process include the failure by a non-partisan force to provide security in the capital, the failure to divide up key ministries between the two parties, and the current division of ethnic and regional boundaries within South Sudan.

"The money saved on weapons will be much better spent on improving the justice system so that the perpetrators who committed sexual crimes, would [be] brought to justice," he said.

The current conflict in South Sudan began in 2013 when a similar power-sharing deal between Kiir and Machar collapsed. Following fighting and a fallout between the two, Machar fled South Sudan to neighboring DRC and later to South Africa for medical treatment.

The conflict has left tens of thousands of people killed, as well as 3.8 million displaced and numerous cases of rape and abuse.