The UN says armed groups in South Sudan have released more than 200 children who have been serving as fighters. The children’s agency UNICEF estimates that there are some 19,000 child soldiers in the country. 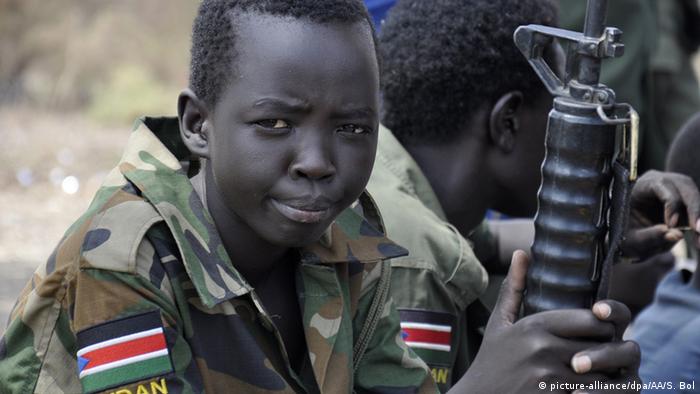 Two hundred and ten child soldiers have been released in South Sudan, bringing the total number of underage fighters freed so far this year to 806, a UN spokesman said on Friday.

Farhan Haq told reporters that "additional releases are expected in the coming months that could result in more than 1,000 children being freed."

He said that during Thursday's release ceremony, which took place in the eastern city of Pibor, the children were formally disarmed and given civilian clothes. The children and their families would now be provided with three months' worth of food, vocational training and education, he added.

It was the third such release ceremony this year, according to Haq.

Most of the children came from the Sudan People's Liberation Army-in-Opposition, but eight were associated with the National Salvation Front.

Read more: One in six children live in war zones, Save the Children says

The UN children's agency, UNICEF, says it has helped release more than 2,600 children from armed groups since South Sudan's civil conflict began in 2013. 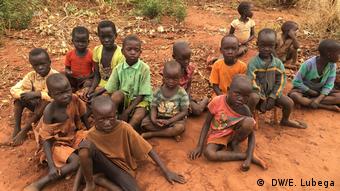 Many South Sudanese refugees have fled to Uganda

On its website, it says some 19,000 children are estimated to have been recruited by various armed groups, suffering systematic mistreatment and missing out on school education.

South Sudan is the world's youngest nation, having gained independence from Sudan in 2011, but the majority of its short existence has been marred by conflict.

Its civil war, fueled by ethnic divides, pits the army of President Salva Kiir against the armed fighters of his former deputy, Riek Machar. The conflict is estimated to have killed as many as 300,000 people and displaced almost a quarter of South Sudan's population of around 12 million.