Seoul has threatened to boycott the Tokyo Olympic Games over an ongoing territorial dispute. South Korea filed a complaint after the release of a map marking remote islands between Japan and the Korean Peninsula. 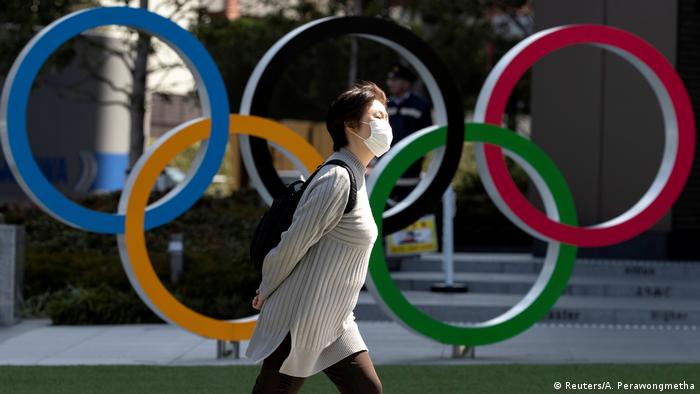 The problems associated with the Tokyo 2020 Olympic Games continue to mount for Japan, as the country struggles to contain the spread of the coronavirus ahead of the delayed opening of the games on July 23.

Now, South Korea is adding to the uncertainty surrounding the event by threatening to boycott the XXXII Olympiad over a small mark on a map.

The government in Seoul filed an official complaint with Japan after officials noticed that the map charting the progress of the Olympic Torch relay around the country includes a dot to mark remote islands that lie halfway between Japan and the Korean Peninsula.

The uninhabited islands are controlled by South Korea, which has a unit of armed police permanently stationed on what is the easternmost part of the nation. Koreans refer to the territory as Dokdo, but Tokyo insists the islands are part of Japan, should be referred to as Takeshima, and that Korea is "illegally occupying" the remote isles.

The dispute has rumbled on since the end of World War II, with Japan repeatedly inviting South Korea to take part in mediation at the International Court of Justice to determine sovereignty. Seoul, however, has consistently declined to participate and files diplomatic protests each time Tokyo refers to the islands as Japanese territory, such as in its annual report on national security or in school history books.

The protests appear to be fiercer this time, however, after Seoul accepted a request, made by Japan ahead of the Pyeongchang Winter Olympic Games in 2018, to remove the outline of Dokdo from the unification flag to represent the North and South Korean team.

South Korean Foreign Minister Chung Eui-yong said on May 28 that Seoul will object to Japan's claims to sovereignty over the islands "as strongly as possible."

"We will not tolerate [Japan's] wrongful actions related to Dokdo," he said at a National Assembly meeting.

Former Prime Minister Chung Sye-kyun further stoked the debate by demanding that Japan remove the islands from the torch relay map, and that the South Korean government take "all means" to force Tokyo to comply, including boycotting the games.

Japan's response has been firm, with Chief Cabinet Secretary Katsunobu Kato responding on the same day, saying that Tokyo "told the South Korean side that the protest is not acceptable, given that Japan owns Takeshima and given Japan's position on the Sea of Japan."

Tokyo's refusal to back down has triggered fury in the Korean media, with an editorial in The Korea Times on Monday accusing Japan of being "shameless" in its claims to the territory.

"All countries should refrain from making political appeals before and during the Olympics as it is a global sports festival," the editorial declared. "It is indeed an intolerable act for Japan to claim Korea's territory Dokdo as its own." 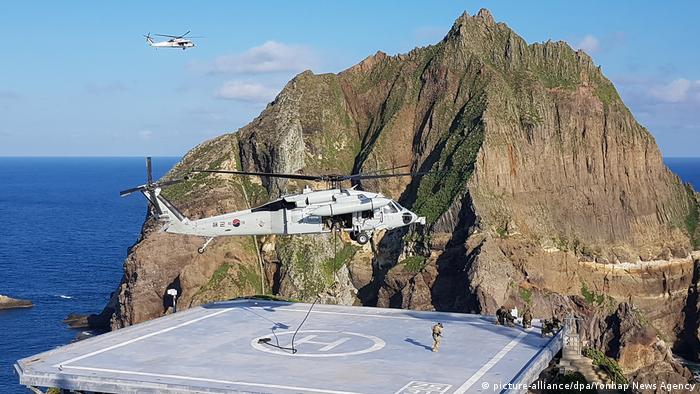 Calls for IOC to intervene

The article also demanded that the International Olympic Committee "not sit idly b,y" and intervene to ensure that the map is altered. A petition on the website of South Korea's presidential Blue House also calls for Seoul to take a strong stand on the issue and, if necessary, refuse to compete in the Olympics.

Young-chae Song, a professor at Seoul's Sangmyung University, told DW that many people in Korea were angry about Japan's repeated claims to the islands, but athletes who have been training for the event for many years should not be penalized for a political dispute.

"Korea and Japan have been at odds over Dokdo for decades, and all Koreans know that the islands are our territory," Young-chae said. "We have made that clear many times, and Japan knows our position. They have their opinion on the islands, of course, but Korea will never give them back."

He said most Koreans thought that a boycott would be too much "because it harms athletes who would be competing on the biggest stage."

"I also feel that the Korean government might be making too much of an issue for its own political ends," Young-chae said. "This government is not popular with the public at the moment, so it is convenient for them to find an external issue to unite the country on. Dokdo is certainly something that unites the Koreans. Even North Korea agrees with us on this matter."

'No resolution in sight'

Hiromi Murakami, a professor of political science at the Tokyo campus of Temple University, said the territorial dispute had become "highly politicized" and was virtually impossible to resolve.

"I do not see the disagreement ever coming to an end," Murakami said. "Both sides are deeply entrenched in their positions and will not give ground on the issue. This is complicated by the two countries' histories."

Japan occupied the Korean Peninsula from 1910 until 1945, when Tokyo surrendered to end World War II. Seven decades on, there is still a deep-seated animosity towards Japan for its often-brutal colonial rule.

"I would hope that the threats of a boycott of the Olympics are only that — a threat," Murakami said. "It will be a terrible misfortune if athletes cannot compete and will do nothing to solve the problem at the heart of it."