South Africa often makes the headlines for violent attacks against immigrants. Xenophobia has now reached a new level with the creation of a group calling itself Put South Africa First. 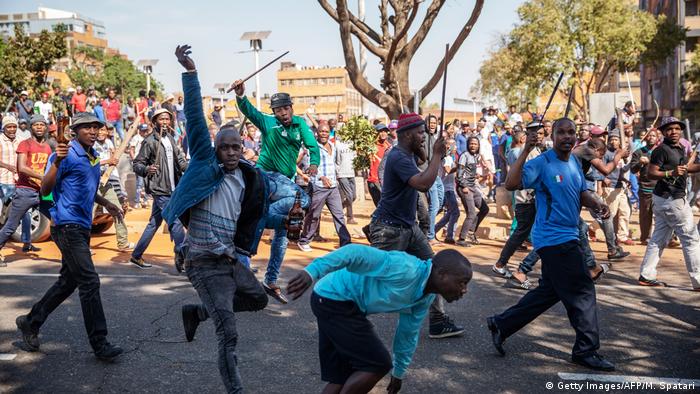 The movement Put South Africa First, which first appeared on social media, is seen as a cause for alarm by human rights defenders and foreign nationals, especially after it mobilized dozens of people for a march to the Nigerian and Zimbabwean embassies in Pretoria last week. The protesters demanded that undocumented immigrants, or those involved in criminal activities, leave South Africa.

One of the protest organizers, Nandisa Gschwari, warned that more demonstrations were to come. She told DW that she didn't care if the movement was called xenophobic.

"Children are going missing every day, and our government is not doing anything about it. Nigerians are known to be at the top of the list," she said.

Without presenting any evidence, the movement alleges that foreign nationals are mainly responsible for crimes ranging from robbery, sex slavery, kidnappings, and human trafficking to the peddling of drugs.

Hate and violence against foreigners in South Africa

South Africa has a history of violence against foreigners. Xenophobic attacks left at least 62 people dead in 2008. Seven others were killed in 2015. Violence flared again in September last year when armed mobs attacked foreign-owned businesses in Johannesburg. The clashes left at least 12 people dead.

Weak response from the authorities

South African authorities took their time in acknowledging that the violence was motivated by xenophobia, preferring to classify it as crime driven. A year and a half ago, the government adopted a plan to fight xenophobia. So far, it seems to have borne little fruit.

Ambiguous statements by some politicians are seen as fueling hatred against foreigners. A recent report by the non-governmental organization Human Rights Watch (HRW) accused law enforcement officials of being complicit in the violence, often operating in "discriminatory" and "abusive ways" towards non-nationals.

It claimed that crackdowns on counterfeit goods disproportionately targeted foreign-owned businesses and that migrants were being arbitrarily detained for allegedly lacking the proper documents. According to HRW, police are reluctant to protect immigrants and investigate crimes against foreigners. 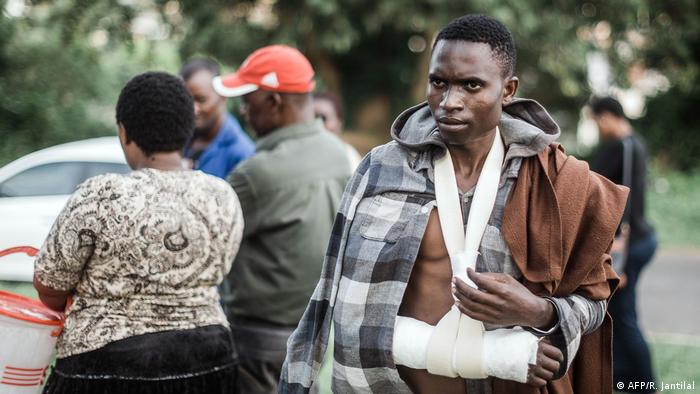 The Put South Africa First movement, the first organized group to openly say that solving South Africa's unemployment, crime, and social problems must include sending non-nationals back to their countries, is seen as cause for alarm by observers.

South Africans are feeling the pinch of COVID-19, which destroyed thousands of jobs in both the formal and informal sectors.

The pandemic exacerbated an already dire economic situation, tempting many to use foreigners as scapegoats, said Frans Viljoen, Director at the Human Rights Centre at the University of Pretoria.

"It is a deflection and inappropriate to target non-nationals in South Africa. We all know that after COVID-19, the economic stagnation created unease, and there is a quest to look for blame."

Nigerian ambassador to South Africa Karibu Bala agrees. "We are deeply concerned when Nigerians and indeed African nationals of foreign origin in South Africa are bashed left, right and center by individuals or groups of individuals for whatever reason. We are like endangered species. We are always the scapegoat when things are hot in South Africa, and it's to be condemned," he said.

South Africa has long been a magnet for economic migrants searching for better job prospects in the region. The country attracts people not only from neighboring Lesotho, Mozambique, and Zimbabwe, but also Congo, Ethiopia, Malawi, Nigeria, and South Asia. The county's last population census, in 2011, counted more than 2.2 million foreigners.