Police violence has increased all over the continent. In most cases, perpetrators get away without appropriate sanctions, dealing a blow to the relationship between law enforcement and the public. 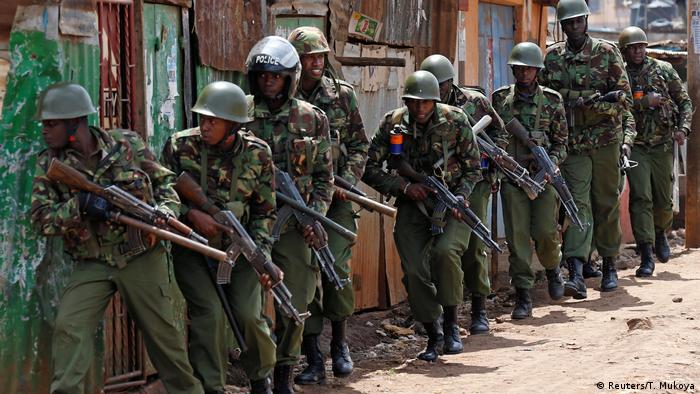 From Soweto to Nairobi, police brutality cases are on the rise, and citizens are outraged and feel abandoned. Police brutality has become a hot topic globally, with activists and organizations regularly staging demonstrations. In some African countries, violence meted out by security officers worsened after governments imposed curfews to contain the spread of COVID-19.

In late August, Nathaniel Julius, a young South African boy, was killed by police from the Eldorado Park police station in Soweto. According to neighbors, Nathaniel — who had been living with Down syndrome — was shot in the head and chest because he did not respond to officers' questions. He was unarmed.

"Nobody should ever feel this pain when I identified his body. No child is supposed to die like that. Not one child in this world needs to die like this," said Bridget Harris, his mother.

The community is now demanding answers from authorities who are supposed to serve and protect the people. They want those responsible for the shooting to be held accountable.

Police have claimed that the boy was killed during a confrontation between police officers and gang members. Gang violence is a huge problem in Eldorado Park, a suburb south of Johannesburg. However, the official explanation has contradicted the description of witnesses.

The South African Police Service has faced unprecedented local and international media attention over several incidents in which people have died or have been assaulted by the police. The country has a history of law enforcement violence due to racial and socioeconomic disparities that have continuously plagued the Rainbow Nation. 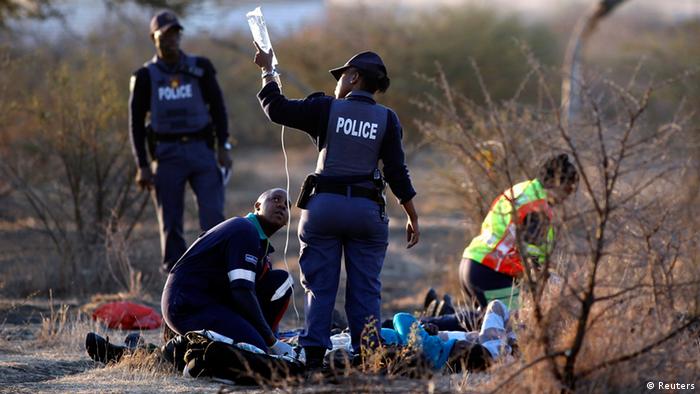 In 2012, South African police shot and killed 37 striking miners in what became known as the Marikana Massacre

A 2019 report by Corruption Watch suggested South Africa's police are the most corrupt public servants — with abuse of power and bribery being ripe. "The trend is systemic and has been institutionalized from the very top," said Wikus Steyl, a lawyer in Johannesburg. Steyl, who represents victims of police brutality, said he wants to see more responsible officers in charge.

But the loss of trust in police is not only a problem in South Africa. During the COVID-19 pandemic, many human rights organizations in several African countries have reported increased police abuse.

COVID-19 curfew as an alibi for police violence

On March 25, Kenya ordered a dusk-to-dawn curfew to tackle the spread of the coronavirus. Shortly after, Human Rights Watch reported that six people had died at the hands of police officers.

According to Demas Kiprono, a lawyer at Amnesty International Kenya, 20 people have been killed by police during the COVID-19 curfew. But the numbers of reports of violence are much higher. "Five hundred complaints against police brutality have been registered," said John Waiganjo, commissioner at Kenya's police watchdog. Only six convictions have happened because most of the complaints don't end up in court.

People are now raising their voices all over the continent to denounce police brutality in their countries. In The 77 Percent, DW asked people from different African countries how they feel about the police. 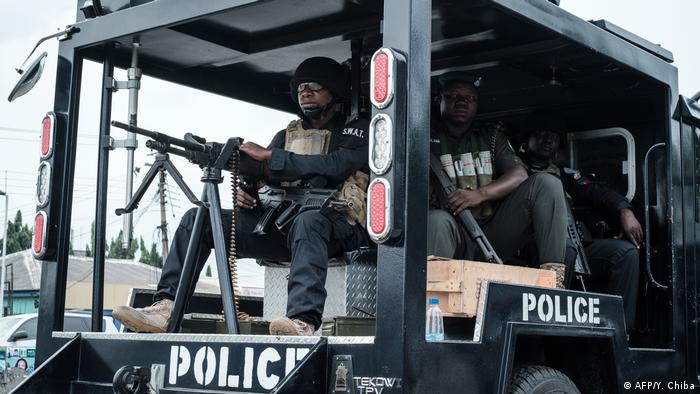 Many Nigerians intentionally avoid police officers out of mistrust

"Whenever people see the police here in Uganda, what comes to their mind is impunity, torture and arbitrary arrests, " said Andrew Natumanya, a photographer in Uganda's capital, Kampala.

"It is bad, really bad. Most people avoid the police intentionally. It is sad that one has to avoid the very people who should provide security," Chineye, a banker in Nigeria's commercial capital Lagos, told DW.

Some governments in Africa tend to send the police to deal with anyone who demands accountability for human rights violations. Such states usually use national security and sovereignty as a cover.

The use of force by the police appears to be linked to the criminalization of poverty in Africa, with observers saying illegal use of force is mainly recorded in poor neighborhoods and low-income areas. As a result, police measures and curfews have had a discriminatory and disproportionate effect on the poorest.

The ongoing conversation about how US police treat blacks has opened a similar discussion in Africa. "The only way for police to reduce violence is to go back to training and be taught how to handle the public," Lovejoy Mutongwizo, a young resident in Harare, Zimbabwe, told DW.