Cases of police brutality in African countries that imposed lockdowns are on the rise. There are fears this could lead to non-compliance to government issued stay-at-home and social distancing guidelines. 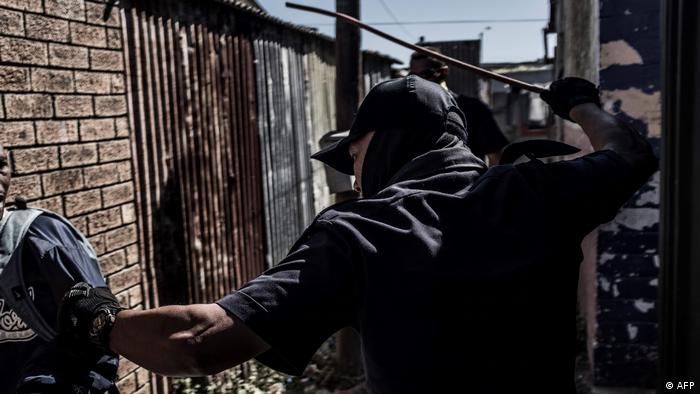 Nigeria, South Africa, Uganda, and Kenya are some of the countries that security agencies have used brutal means to keep people off the streets. The brutality contradicts some of the measures put in place that allow people to go out only for essential purposes, such as buying food and medication.

In Nigeria, the police were put in the spotlight for brutalizing communities they are meant to protect. Arbitrary arrests and killings are not uncommon in Africa's most populous nation – and already the country's human rights commission has sounded the alarm bells urging restraint.

According to Nigeria's Human Rights Commission, security operatives have killed at least eighteen civilians while trying to enforce the state-imposed lockdown to contain the spread of COVID-19.

The rights group added that those killed by security forces so far outnumber patients who have died from the coronavirus in the country.

"The commission monitored about 105 human rights violations, there were 18 cases of extrajudicial killings, these were referred to appropriate agencies, and we are going to follow up on this," Tony Ojukwu, the head of the commission, told DW.

Ojukwu further sas that "it shows there is a disproportionate use of force and the abuse of power, corruption, and non-adherence to international and national human rights laws and based practices by the security agents."

Civil society groups also condemned the brutality meted out on civilians. It took less than one month for the abuses to be established and published, according to Auwal Musa Rafsanjani from the Abuja Civil Society Legislative Advocacy.

"There are so many reported cases of human rights abuses, including outright murder and killing of Nigerians in the name of keeping them at home. We think this is a shame and outrageous that coronavirus didn't kill Nigerians, but security agents are killing Nigerians," a visibly angry Rafsanjani, told DW.

Rafsanjani said that such unwarranted and indiscriminate killings could lead people to fight back.

Ours is 'professional' police

Responding to these allegations, the Nigerian police denied any wrongdoing and directed all complaints to its communications department. 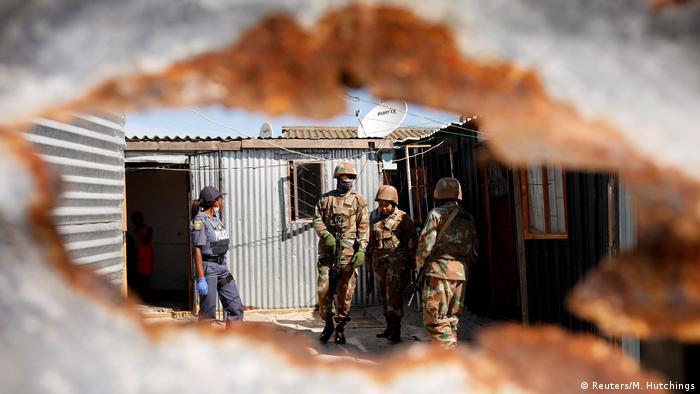 "We ensure that the police we deploy adheres strictly to the police code of conduct and respect for the rights of Nigerian citizens," Mohammed Adamu, Nigeria's Inspector General of Police (IGP), said.

"In a situation where you have complaints of attacks by hoodlums or misbehavior from the part of security agencies in the process of enforcing the restriction movement, citizens have the right to report this to the police public relations officers in all the state commands."

"There have been reports in recent times that detail the unprofessionalism of Nigeria's security forces. From extortion to the killing of suspects under detention and no action has been taken against the culprits," Cummings told DW. According to him, the failure to punish those responsible for abuses emboldens security agents to play against the rules when executing their duties.

Boss Mustapha, Secretary to the Nigerian government, said that security agencies should engage civilians in a more civilly while enforcing the lockdown.

"I agree that having been locked down for two weeks, and particularly those who earn their income on a daily basis, there is apprehension. But the security agents should be polite and should restrain themselves even in the face of provocation," Mustapha said.

According to Cummings, the brutality of police and security forces against civilians in the northeast has also been documented by rights groups like Amnesty and Human Rights Watch. He says security forces often mistreat civilians with impunity under the pretext of fighting Boko Haram and authorities turn a blind eye.

In South Africa, videos of police brutality against violators of the lockdown that was imposed on March 26 went viral on social media platforms. Several reports of torture and murder of citizens accused of breaching the lockdown regulations are now under investigation.

Some of the videos show soldiers kicking people and forcing them to roll on the ground. Others were forced to frog-march until they reach their homes.

But perhaps the death of Collins Koza, a resident of Alexandra Township, angered many South Africans. DW correspondent in Johannesburg Thuso Khumalo reports that soldiers entered his house and beat him for drinking beer and having some bottles in his fridge.

According to Nomsa Montsha, he died three hours later after the beating.

"He just lay down on the flow without moving. Suddenly he made a movement, opened his eyes and squeezed my hand tight. That was his last breath," Montsha told DW.

In a separate incident, an entire family was assaulted for having a get-together outside their house. One of the victims who spoke to DW on the condition of anonymity described her ordeal.

"A policewoman kicked my head, and I fell to the ground. Her male colleague started pulling and shoving me around while I lay on the ground."

Many South Africans have called on their government to act. The defense minister, Nosiviwe Mapisa-Nqakula, condemned the actions of the soldiers and says thorough investigations are currently underway.

"We hang our heads in shame that we have lost a person in some of the communities and that we will not at any point defend what has happened," Mapisa-Ngakula said.

Cummings partly blames the police minister Bheki Cele's recent comments that urged his force to use highhandedness while enforcing the lockdown.

'Do not be nice to suspects' he urged on his men and women and gave the green light to destroy private property if they were selling alcohol," according to local reports.

Read more:Coronavirus: IMF appeals for billions in aid to Africa during pandemic

So far, eight people have been killed as a result, and at least 200 cases of police brutality recorded.

Cummings also believes that there's a deep mistrust between South Africans and the security organs that stems back in the apartheid era.

"There are indicators that the brutal enforcement might keep the people off the streets but further dent the relationship and social contract between the security organs and the people they are meant to serve."

However, Cummings also says the longstanding police situation also has to be looked at, especially, "when police are sent in high-density places where they have to arrest gangsters, who are armed and dangerous."