Social media a concern on eve of Kenyan election

Kenyans go to the polls on August 8 and both the opposition and the ruling government are trying to woo voters online. But could social media also be used to incite violence? 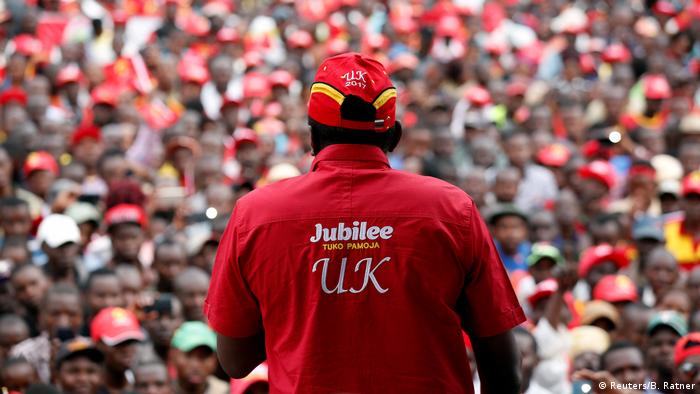 Politicians in Kenya are now battling it out on social media, trying to clinch the votes of the millions of young Kenyans. Most of them, like 22-year-college student John Ngugi, only receive news via mobile phone.

"I have no television set at home so if a piece of news is not on Facebook or Twitter then I probably wouldn't have heard of it," he said.

Kenya is known as a country of safaris and picturesque beaches - but it's also a nation marred by ethnic rivalries. Due to its strong economy, Kenya plays a leading role in East Africa. (03.08.2017)

Rights activists marched through the streets of Nairobi to protest against the murder of election commission official Christopher Msando just days ahead of the polls. (01.08.2017)

As Kenya gears up for elections next week, the Chief Observer of the European Union Election Observer Mission, Marietje Schaake, says politicians need to be prepared to lose 'as part of a democratic process.' (02.08.2017)

Kenya heads to the polls

As Kenyans prepare to vote for a new president, lawmakers and local representatives, fears are growing the elections could again turn violent amid accusations of vote rigging. DW takes a closer look. (03.08.2017)

According to a Kenya's Social Media Lens report released by Nendo, a research firm in Kenya, about half of Kenya's population of 49 million has access to internet while 13 million have access to WhatsApp, Seven million Kenyans have access to Facebook, while just one million are active Twitter users. These numbers are among the highest in Sub-Saharan Africa.

Ngugi confesses to spending much of his day hunched over his phone tracking social media and lately he has been following what the candidates have to say.

"I get everything from my phone and the internet, if they convince me to vote for them online, then I will vote for them," he added.

The current president of Kenya, Uhuru Kenyatta, boasts a huge number of followers on Twitter and Facebook. In a move new to Kenyan politics, he recently engaged with his followers in a Facebook live chat, during which they could ask him anything. 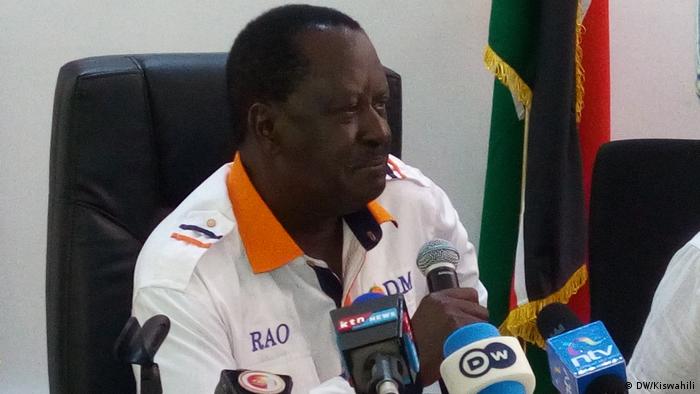 "I am optimistic that more prosperous and peaceful days lie ahead for all Kenyans. Let's finish the job," he posted.

Kenyatta's main rival, Raila Odinga, is also trying to coax his almost one million supporters to vote for him next week.

Kenya's social media platforms have also been hit with fake news ahead of the elections. A recent video with logos from an international media house recently circulated online, highlighting polls indicating that Kenyatta will win the August 8 vote. The media house was later forced to issue a statement telling Kenyans that this was fake news.

A report released recently by Portland and GeoPoll [not fake news] showed that nine out of ten Kenyans have been exposed to fake news in relation to the 2017 general election.

Francis Ole Kaparo, chair of the National Cohesion and Integration Commission (NCIC), said that the government might consider shutting down social media during the elections due to security concerns and irresponsible social media use.

"There are terrible people in social media who are hell-bent on causing unnecessary anxiety across the country and for that reason we will be cracking down on those who misuse social media," he said. 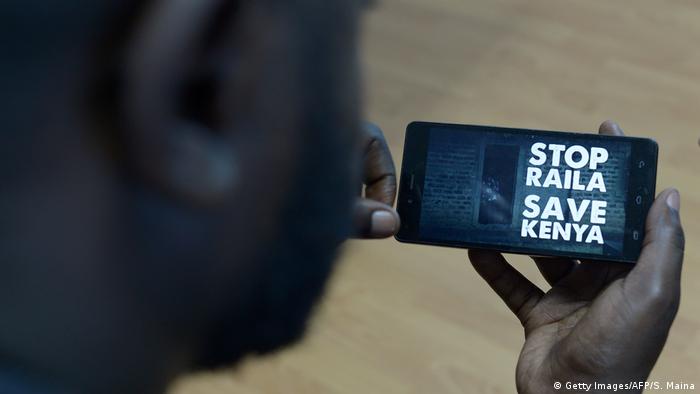 'Fake news' has been an issue in the 2017 elections

Mark Kaigwa, a communications specialist, said that in this digital current, the slow pace of traditional news can be used to one's advantage.

"If you look at the various profiles of the aspirants, many of their online profiles have only been a place to host photos," Kaigwa added.

One of the main concerns of observers is whether social media will be used to incite violence if the outcome is not as many people expect.

"We have witnessed a lot of poorly camouflaged propaganda and a social media posts orchestrated to spread fear, anxiety, and deception and hate speech," said Government Spokesman Eric Kiraithe.

Kaigwa added that the country has no legal data protection framework, leaving a lot of room for exploitation. False media reports led to ethnic violence and the deaths of over 1,200 people following elections in 2007. In the age of social media and fake news, the mere suggestion of bias or cheating could lead to violence again.

"In Kenya, you can identify people and their ethnic groups by their last name," said Kaigwa. "Within the last 7 days alone we are seeing documents being fabricated and leaked. This is meant to antagonize people who are on the opposite side and who support a different candidate."