A lawyer for Edward Snowden has contradicted reports that the US whistle-blower had been granted travel documents allowing him to enter Russia. Anatoly Kucherena said "misinformation" had been circulated. 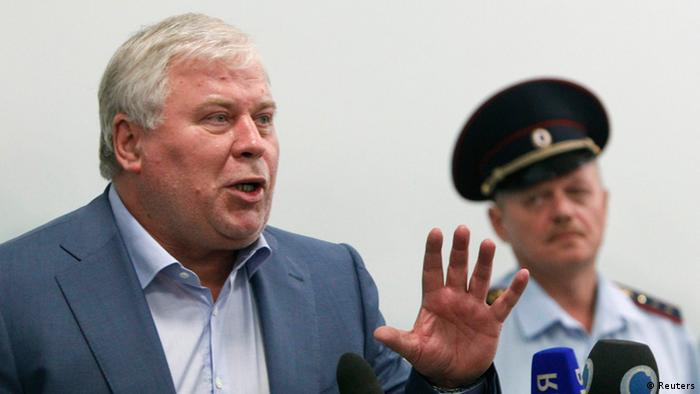 Anatoly Kucherena confirmed Wednesday that Snowden had not yet left Moscow's Sheremetyevo airport, where he has been holed up inside the transit zone for the past month.

"The federal migration service has not issued the documents allowing Edward Snowden to leave the airport yet," the Voice of Russia website quoted Kucherena as saying.

How do you go about securing your personal email content? Cryptoparties will teach you. They have been booming in Germany ever since the NSA scandal broke. (20.07.2013)

According to the state television channel Rossiya 24, Kucherena told reporters he had met Snowden on Wednesday and he "remains in the transit zone under the given rules."

"This needs some time. I am in touch with migration authorities practically every day," Kucherena said.

The lawyer's comments followed reports from the Interfax news agency that Snowden had been handed a Migration Service certificate enabling him to legally enter Russian territory. Citing an airport official, Interfax reported that the former National Security Agency (NSA) contractor had handed over "documents" to airport border guards.

It remains unclear whether there was a last-minute political intervention or a hitch preventing Snowden from leaving or whether the travel pass had never actually been in his possession.

Snowden is wanted by the US government for leaking details of intelligence programs. His revelations, including a phone data collection program and an internet monitoring program called PRISM, have caused a heated political debate around the world on the scope of government spying. Washington has revoked Snowden's passport and demanded his extradition.

Kucherena is currently helping Snowden with his request for temporary asylum in Russia. Moscow has so far refused to return Snowden on the grounds that there is no extradition treaty with the United States.

"This is the first time Russia is facing such a situation, and this issue of course requires time for the immigration workers," Kucherena said Wednesday, adding that he thought the situation would be resolved "soon."

In light of Wednesday's reports White House spokesman Jay Carney said the US was "seeking clarity from Russian authorities about Mr Snowden's status and any change in it."

Meanwhile US State Department spokeswoman Jen Psaki said that "Russia still has the ability to do the right thing" and send Snowden home to face trial.

She said US Secretary of State John Kerry had telephoned Russian Foreign Minister Sergei Lavrov about the situation on Wednesday morning.

Snowden has been offered refuge in Venezuela, Bolivia and Nicaragua, none of which can be reached by a direct commercial flight from Moscow. Snowden has therefore requested temporary asylum in Russia until his safe passage is assured.

Repercussions from Snowden's intelligence leaks continue to be felt around the world.

According to Der Spiegel, the software can store several days' worth of Internet traffic data as well as key words from online search engines and Google Maps.

The report has put pressure on Chancellor Angela Merkel ahead of the September 22 national elections. Merkel said she only learned of PRISM through media reports, despite the existence of XKeyscore.