The Cape coral snake escaped a terrarium inside a Cologne apartment building, prompting a search by 20 firefighters with help from the local zoo. Ten apartments were evacuated as authorities sought the slippery suspect. 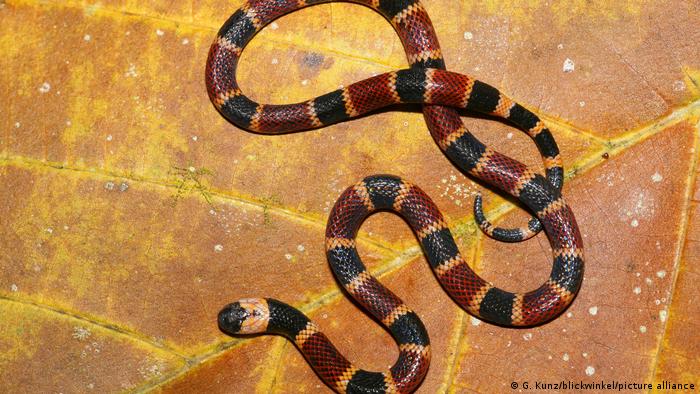 "They were all tossed out of bed at 6 a.m.," a neighbor told Cologne's tabloid-style Express. "Their nerves are shot."

City authorities, deploying 20 fire and animal rescue personnel to search, said the terrarium's owner, who had permits to keep snakes — 12 in all — had noticed his 20-centimeter (7-inch) juvenile missing on Sunday.

Failing to find it, he then alerted the city's fire brigade, which in turn consulted with experts at Cologne Zoo during its response.

Escapee might have slipped into torpor in the cold

Sawdust to detect crawling movements and food traps had been laid, and the man's apartment had been sealed off, said the city.

Searchers also checked the basement and the area outside the building. If located there, authorities said, the snake was likely to have fallen into a torpor — a state of considerably reduced physiological activity, as exhibited in hibernating mammals — because of the extreme cold.

The venomous nocturnal hunter of lizards and rodents, normally found in arid regions of southern Africa, lifts itself upright like a cobra when attacking. In the event of a bite, "mild to moderate reactions" wold be expected from a smaller Cape coral snake, Cologne city authorities advised, urging "extreme caution."

Alerts of dangerous animals are not new in Germany. In January, a preschool teacher spotted a snake in a kindergarten cellar in Bochum in the Ruhr District. Firefighters found snakeskin, but concluded late in January that the 1.5-meter python had escaped.

Of the estimated 3,000 species of snakes worldwide, only seven are endemic to Germany. Five are adders and two are vipers.

They are regarded as shy and are protected under federal conservation law, in part because of shrinking natural habitats.

The Florida Everglades are famous throughout the world, with alligators as perhaps their best-known inhabitants. However, there’s a new predator in town — and it is wreaking havoc on this remarkable ecosystem.