Smuggling people from Afghanistan to Turkey | Asia | An in-depth look at news from across the continent | DW | 25.08.2021

Smuggling people from Afghanistan to Turkey

After the upheaval in Afghanistan, a large number of people are now trying to flee the Taliban. Many turn to people smugglers to get them out of the country. One smuggler spoke to DW about his criminal business. 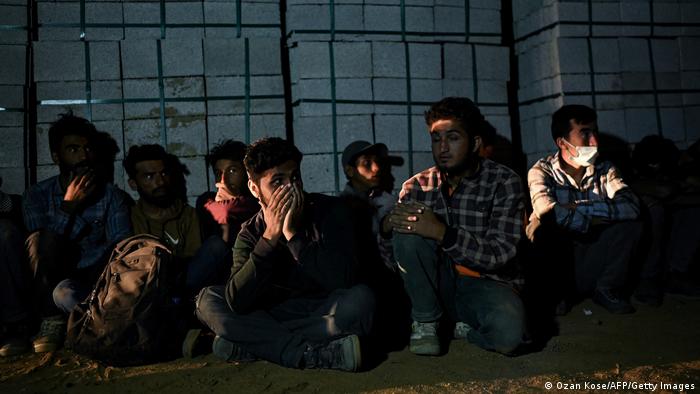 "Brother, people have been smuggled across borders ever since there have been borders. This business will continue as long as borders exist," explains Baver — a 32-year-old smuggler operating at the border between Turkey and Iran.  Wanting to retain his incognito, he declined to meet with us in person and talked with us via WhatsApp, using an acquaintance's phone.

Baver says his role in the organization is very important. According to him, he is responsible for bringing refugees into the "safe zone," which in this case is in the eastern Anatolian city of Van. "I have already brought thousands of people across the border," he says, with a certain degree of pride.

He wouldn't say exactly where he smuggles people over the Iranian-Turkish border and warned that the organization's entire operation would collapse if the routes were discovered. What we are talking about here is a human smuggling network spanning Afghanistan, Pakistan, Iran, Turkey and even parts of Europe. 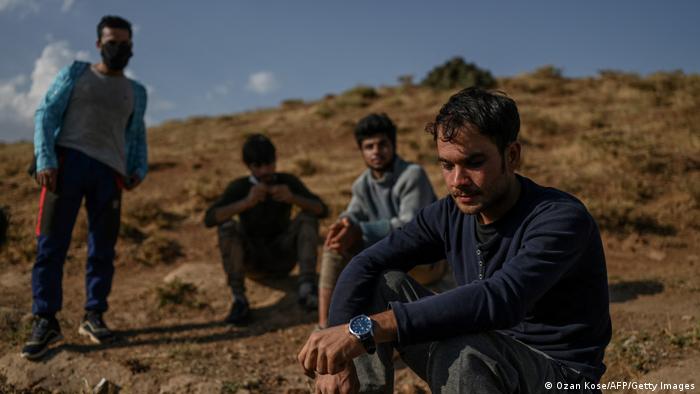 The fight against human smuggling

Baver appears to be nervous, and speaks with us in a hurried manner: "I have to be careful if I don't want the police on my back." Police have stepped up their patrols in Turkish cities along the Iranian border. Even prior to the Taliban's seizure of power in Afghanistan, the police carried out several operations there.

Numerous court cases have been launched and 920 suspected smugglers have been brought up on charges since the beginning of the year alone. "I don't want to be one of them," Baver said. 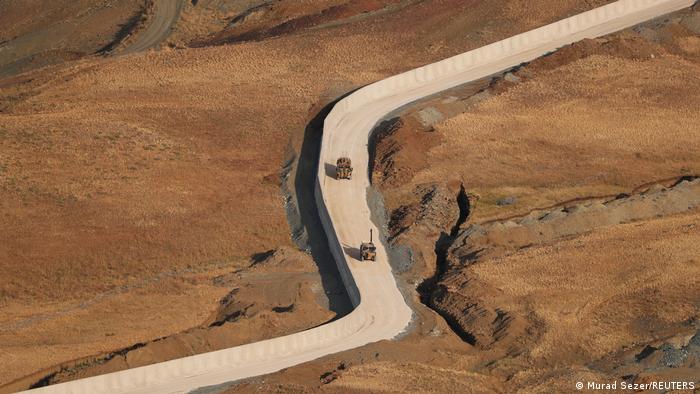 Turkey has extended its border wall to Iran, making it even more difficult to enter the country

Afghanistan has been the origin of refugee streams for many years now, making it a place where human smuggling flourishes. The transfer fee for Afghan migrants bound for Istanbul is $1,500 (€1,276). The price has gone up since the Taliban took power — primarily because the Turkish border is now better secured.

The Afghan refugees in need of Baver's help have already come a long way before reaching the Turkish border. He explains how smuggling organizations are made up of thousands of people who work together across national borders.

In each country — in Afghanistan, Pakistan, Iran and in Turkey — there are people known as guarantors. They are intermediaries who receive the entire amount a refugee must pay, transferring the portion of it due to the respective smugglers via "Hawala" after the completion of each stage. Hawala is an informal money transfer system that exists worldwide and is used for remittances when traditional banking channels aren't an option.

A long and difficult journey

The first stage: As soon as 30 to 40 people have been brought together, they are taken from Kabul to the border region with Pakistan's Baluchistan province. The smugglers try to avoid the route across the Afghan-Iranian border because of the extreme dangers involved.

Baluch smugglers take over at the border. After the group arrives in Pakistan, the next step begins: the long and arduous journey to the Iranian border. The trip is a difficult one and usually involves three to four different smugglers. The refugees are then left at a "zero point," which is an agreed-upon location on the Iranian border.

After the refugees cross the Iranian border, a vehicle collects them at various meeting points in the Iranian-Pakistani border area and takes them on a 10-hour journey to the Iranian capital, Tehran. There, they are then loaded onto buses and driven to the western Iranian towns of Maku and Khoy. They are handed over to other smugglers and driven to villages near the border with Turkey, where smugglers are said to have excellent ties with Iran's border police. 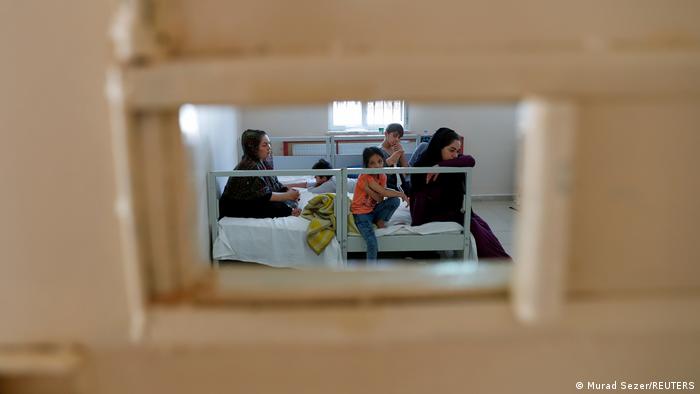 This Afghan family was caught entering Turkey illegally and arrested

We help people whose lives are in danger

The final step: In groups of 40 or 50, the Afghans are finally guided over into Turkey via one of five secret refugee routes. The crossing begins at nightfall and by sunrise, the group has usually arrived. They arrive in the Turkish towns of Dogubayazıt, Caldiran, Ozalp and Saray.

Baver doesn't understand why his profession has been criminalized. He's convinced that he's doing nothing bad and says that on the contrary, smugglers help people whose lives are in danger. He wasn't willing to tell us, however, what he actually earns doing what he does.

"We are not doing anything wrong. We are not smuggling drugs or weapons. The activity we are engaged in is like a wheel that will always keep turning.  People smuggling will always exist.  And if we don't do it, others will. Our grandparents used to do it, and our children will to do it after us," he believes.

This article was translated from a German version of the original article in Turkish.

Three Afghan migrants died after Iranian police shot at their vehicle, setting it ablaze. Initially, Iran denied its police were to blame.