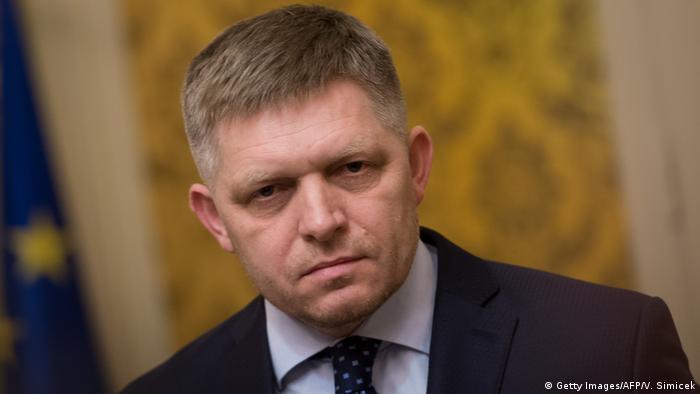 Robert Fico has resigned, but questions remain about the outgoing PM retaining control from behind the scenes

Members of every parliamentary group expressed shock and disgust over the recent murder of journalist Jan Kuciak and his fiancee.

Still, in the face of the country's underlying political problems, the EU appears to have come up against the limits of its own powers. Moreover, Brussels has long avoided the topic of undesirable developments in former Eastern Bloc countries for fear of appearing arrogant.

A threat to the whole EU?

"When the issue is basic human rights, the EU is responsible," says Claude Moraes of the Social Democratic bloc. He says it is right that the topic be handled with urgency, for the entire EU is threatened when fundamental rights come under threat in individual member states.

His colleague Sophie in't Veld of the Liberal bloc wants to approach the issue from a practical standpoint: Now is the time to create new mechanisms to analyze and strengthen the rule of law in member states. She calls her idea a "health check-up" for the rule of law. 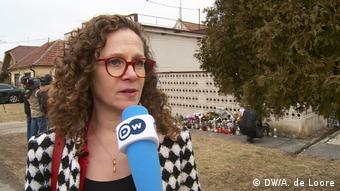 In'T Veld: There is a dual reality of corruption parallel with the rule of law

In'T Veld describes the dual reality the EU delegation found in Slovakia. On one hand, legal frameworks are good, institutions are in place, and the press and civil society are lively. On the other hand, the delegation saw a parallel reality of corruption, fraud and organized crime that have taken over entire swaths of government. "It is hard to differentiate between truth, lies and fantasy in this shadowy underworld, and that has created a great deal of mistrust among the people."

Green party representative Benedek Javor adds: "We cannot hide behind the mantra that the protection of freedom of the press is an issue for individual member states. Journalists must be better protected and their work, when necessary, financially supported by the EU."

And then he poses the crucial question: How could EU money be siphoned off for years without Brussels doing anything to stop it? It took a 27-year-old journalist to get to the bottom of the scam–and he paid for it with his life. 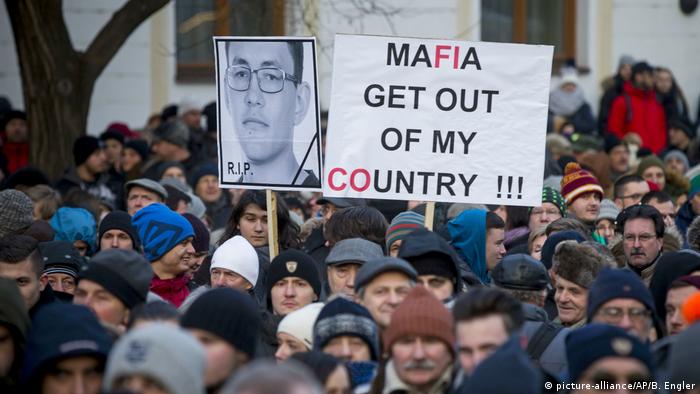 Kuciak's murder shocked the country and galvanized a movement

More control is the key

Milan Nic, Eastern European expert at the German Council on Foreign Relations (DGAP), also criticized the ineffectiveness of the European Anti-Fraud Office (OLAF). Investigations into a number of cases in Slovakia may have gone in the right direction, he says, but they remained inconsequential.

In response to a question about its activity, the Brussels agency confirmed that it had conducted eight investigations in Slovakia over the past several years. Nevertheless, only one of them was ever published. The remainder are kept secret, and thus, remain ineffectual.

The political groups of the European Parliament pose another problem, says Nic. Outgoing Slovakian Prime Minister Robert Fico's Smer party, for instance, is a member of the Socialist bloc. Criticism is avoided within the bloc, however, for fear that representatives could leave to join the ranks of right-wing extremist or anti-European groups.

That is one reason Hungarian Prime Minister Viktor Orban's Fidesz party is still a member of the European Parliament's largest bloc, the conservative EPP. And that is also why Hungary and Fidesz are repeatedly shielded against attack from the EU by EPP members from Chancellor Angela Merkel's Christian Democratic Union.

A democratic risk in the East?

Slovakia expert Nic says the EU must "pay more attention to the fragile region of Central and Eastern Europe." One can see just how easily weak institutions and parties can be taken over by strongmen simply by looking at Hungary, where Viktor Orban has used the issue of immigration to cement his grip on power. And Fico has learned from him, therefore there is a very real risk that the situation in Slovakia could become even more radical.

Nic says Slovakia is on its way to becoming a "captured state," one taken over by corruption and organized crime. He claims new elections will be of no help and may in fact strengthen the position of extremists. Recent opinion polls show growing support for the neo-fascist LSNS party. Nic considers the coming change of government in Bratislava a charade anyhow: Fico, he says, will continue to call the shots from behind the scenes.

The real problem in Slovakia: corruption

"Robert Fico played the European card rather cleverly in Brussels," explains Jana Kobzova from the European Council on Foreign Relations (ECFR). She says he presented himself as a moderate among the Visegrad Group (comprised of the Czech Republic, Hungary, Poland and Slovakia) and always sided with the majority in EU votes. Slovakia's economy was doing well and the prime minister never caused trouble. 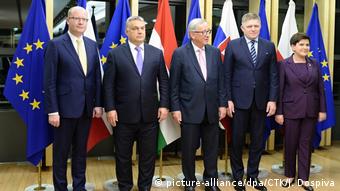 Fico, seen second from right with other Visegrad leaders and EU Commission President Jean-Claude Juncker, played it smart with Brussels

Political expert Kobzova says now is not the time for Europe to get more involved politically. "You cannot compare Slovakia with Poland or Hungary, where laws are changed and judicial independence is called into question." One has to consider the threat of a backlash.

She also disagrees with the theory that Slovakia's institutions have been hollowed by corruption and are controlled by outside forces. "The judiciary moves slowly but it is still functioning," and basic rights are still guaranteed.

She says Europe should simply tackle the real problem plaguing the country: corruption. "Brussels must investigate the misappropriation of EU funds and stop payments." Perhaps it would be better to end agricultural subsides instead of throwing them around like "play money." The sums being handed out are simply too tempting for a tiny country like Slovakia.