Slovakia approves law to strip citizenship from ethnic Hungarians | Europe| News and current affairs from around the continent | DW | 31.05.2010

Slovakia has approved legislation, now signed into law by the president, which will allow the authorities to strip citizenship from Slovaks who become Hungarian citizens. 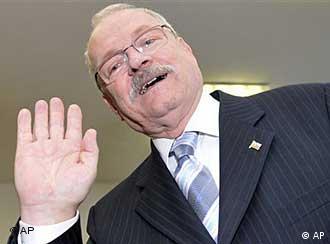 In a tit-for tat move against Hungary, the Slovak President Ivan Gasparovic on Monday signed into law legislation to allow stripping ethnic Hungarians living in the country of their Slovak citizenship, if they take on additional Hungarian citizenship.

The law is a response to legislation passed by the Hungarian parliament last Wednesday making it easier for ethnic Hungarians living in neighboring countries to acquire Hungarian citizenship.

Many ethnic Hungarians, including more than half a million living in Slovakia, reside in areas that were once part of Hungary until the end of World War I. 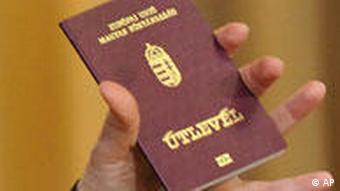 A little booklet has created a big problem

The Slovak government condemned the Hungarian move, calling it a security risk.

The new Slovak law now requires any Slovak who acquires another citizenship to inform the authorities immediately, or face stiff fines. In addition, government employees, including lawmakers, police or intelligence officers, will lose their jobs if they become dual citizens.

Hungary lost two-thirds of its territory after World War I and some 2.5 million Hungarians found themselves citizens of foreign states in Romania, Serbia, Ukraine and what is now the Czech Republic and Slovakia when the victorious Allies and a reluctant Hungary signed the post-war Trianon peace treaty.

The status of ethnic Hungarian minorities shows that old wounds have not healed. They remain a thorny and emotional issue in the region in the nine decades since the Trianon treaty was signed on June 4, 1920.

Ninety years after Hungary lost two-thirds of its territory in the Treaty of Trianon, a new law grants Hungarian citizenship to ethnic Hungarians living in bordering nations. But not all border nations favor the law. (26.05.2010)

The international community has plenty of laws intended to protect human rights across the globe. But not everyone is practicing what they preach, according to Amnesty International's 2010 report on human rights. (26.05.2010)